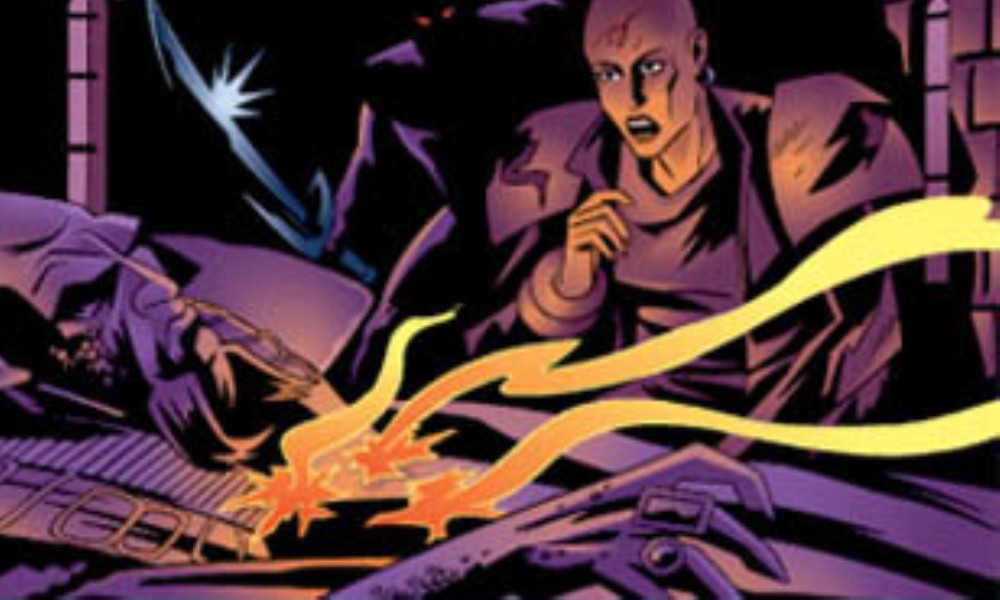 The second instalment of Professor Bernice Summerfield’s “monster season” is The Draconian Rage by Trevor Baxendale, seeing the return of the Draconians from 1973’s Frontier in Space. The Draconians would go on to appear in many of Big Finish’s audio dramas, many of them in the Bernice series, and even one appearance in the Doctor Who monthly range, 2009’s Paper Cuts. I haven’t seen Frontier in Space, but the Draconians are often lauded for being one of Doctor Who’s rare attempts in creating a “monster” that is no such thing; rather, the idea behind the Draconians is that they are a complex alien species.

The Draconian Rage takes Benny to Draconia itself, a doubly rare experience, given that she is 1) human and 2) female. She’s been brought in to examine an ancient artefact of human origin unearthed by the Draconians on a world where the entire population committed suicide overnight. Of course, some folks are up to no good, and Bernice is soon embroiled in conspiracies and ancient cults and being tortured.

The ancient cult is specifically the Cult of the Dark Flame, which appeared in 2003’s The Dark Flame, a monthly Doctor Who release also by Trevor Baxendale. This was at first confusing to me, because I didn’t know that The Draconian Rage was a sequel to another story, and I spent some time thinking the characters were simply referencing an “unseen” adventure for Benny (she seems to have lots of friends we’ve never met before) until it finally clicked. It’s not big deal, but it is a bit off-putting for a story to hinge on the elements of another one when the relationship isn’t clearly defined. (On the other hand, it’s supposed to be a bit of a surprise, which is I guess why it’s not signposted more clearly. Sorry if you wanted to be surprised.)

The story basically alternates between scenes of Benny being tortured and Draconians plotting. The problem with the former is that though Lisa Bowerman does an excellent job, no Bernice-being-tortured story will ever be as good as Lance Parkin’s Just War, and so the whole exercise feels pointless. Bowerman shouts in agony a whole lot, but we don’t learn anything new about Bernice’s character; indeed, the story’s main assertion about her identity is that she is not an evil assassin. Which is something I actually already knew, thank you.

The Draconians plotting amongst each other is actually more interesting than I had feared. The writing is fairly simple (any political plot with only three characters representing two factions will be), but the whole thing succeeds on the basis of the performances of the actors playing the Draconians. Kraig Thornber is functional enough as Lord Paranesh, a character without much depth, but Johnson Willis is very good as Lord Vasar, formerly stationed at the Draconian embassy on Earth. Vasar is a subtly-written character who must be more “human” than his fellow Draconians, yet still seem demonstrably alien to Bernice. Sympathetic, yet still unknowable. Thankfully, Willis rises to the occasion, writing a character who wins the listener over… even when the listener isn’t on the character’s side per se.

Most prominently, there’s Philip Bretherton as Emperor Shenn, putting in what I believe is his first Doctor Who appearance (he has later popped up in Arrangements for War and Recorded Time and other stories). Bretherton is excellent, playing a complex, intelligent man, who seems neither a “goodie” nor a “baddie” but simply real.

If you read Simon Guerrier’s Bernice Summerfield: The Inside Story, you’ll discover that seemingly almost every writer for the line wanted to write a more “serious” story because all the stories were so “light”. I’m not sure why they thought this; this is the fifth dark and serious story we’ve had since the somewhat-lighthearted The Plague Herds of Excelis. I think it demonstrates the ultimate flaw of such thinking: sure there is “seriousness,” but why is it there? Why did Trevor Baxendale write a story about Bernice Summerfield being tortured if there was nothing interesting to say about it? The Draconian Rage has good writing, an excellent cast, and strong sound design (from the heroic David Darlington), but doesn’t put them all together to make anything.