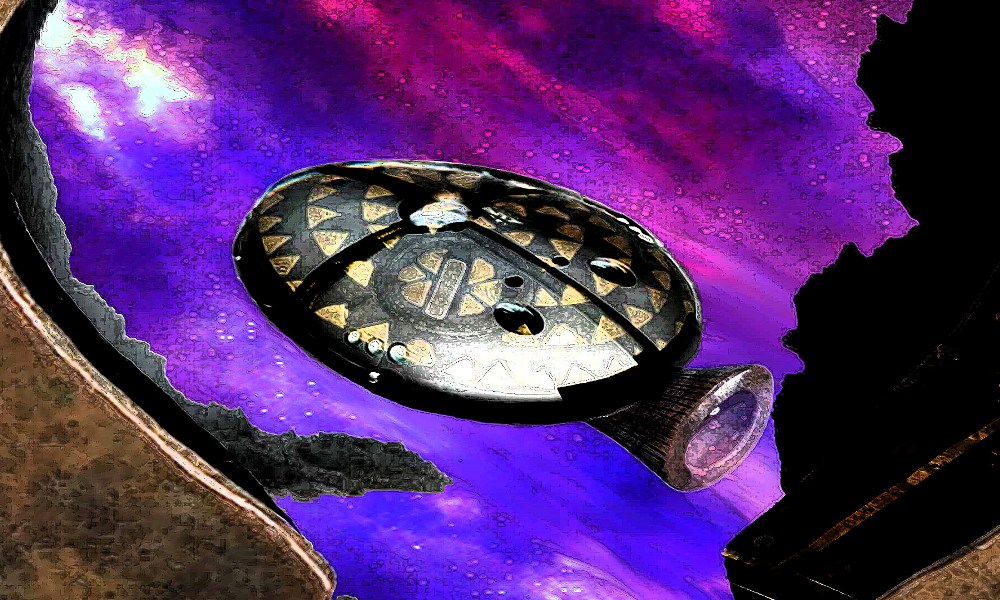 With Guilt in Innocence Keith R.A. DeCandido becomes the third author to add his voice to the ever-growing original universe of The Scattered Earth. The Olodumare Hegemony is ruled by Oba Isembi, who uses brainwashed telepaths, the Ori-Inu, to do his bidding and keep his subjects in check. When more and more of the telepaths disappear, he sends his top agents out to investigate and bring them back. But when Folami, his most skillful Ori-Inu, begins to regain her memories while uncovering the reasons for the disappearances, will she still be able and willing to fulfill her mission?

While Aaron Rosenberg and David Niall Wilson, the first two authors to write for the series, both choose to tell their stories of the Scattered Earth with a “going out there”-vibe, Keith R.A. DeCandido’s novel is darker and grittier than either of those. There is a short reference to the Dread Remora from Rosenberg’s part of the Scattered Earth sandbox in the beginning, but other than that Guilt in Innocence has a distinctively different feel than the other stories set in the universe so far. But that’s not a bad thing, as this series features a whole slew of different descendants of the eponymous scattered Earth and I think it’s only natural that this would also show in how the stories are written.

One thing that works really well in Guilt in Innocence is that there’s no real good or evil between the different factions depicted in this novel. At first the main protagonist (and the reader) is tending to sympathise with the one side, than with the other side, only to come to the realisation in the end that the best you probably will find is that our “heroes” are on their own and have to arrange with the lesser of two evils. There are some plot points that aren’t really new – like plans to enhance capabilities going wrong or old friends ending up on different sides of a conflict – but DeCandido makes it work, and that’s once again mainly due to his excellent character work.

Folami, who is pretty much the protagonist of the novel, is a very interesting character as she is actually embracing her life as a brainwashed assassin because of what has happened in her past. But while Folami is nearly as ambiguous as most of the other characters in the story she is likeable enough to be someone the reader can relate to especially in connection with Hembadoon. Granted, the characterisation of Oranmiyan probably is a tad borderline in the later stages of the story, but the author managed to keep it on the right sight of the fence to have him as a broken man who has snapped, instead of just an insane idiot. One piece of characterisation I especially enjoyed is the one of War Chief Tobi, as there’s more to him than it appears at first. As usual DeCandido also puts enough meat on the bones of secondary characters and bit players to make more out of them than mere bystanders and plot enhancers.

Overall Guilt in Innocence is a good addition to the Scattered Earth and adds a new taste to the universe. It is a good mix of action and character work and definitely makes hunger for more adventures with Folami and Hembadoon.

Guilt in Innocence (by Keith R.A. DeCandido) was released by Crossroad Press in September 2011.