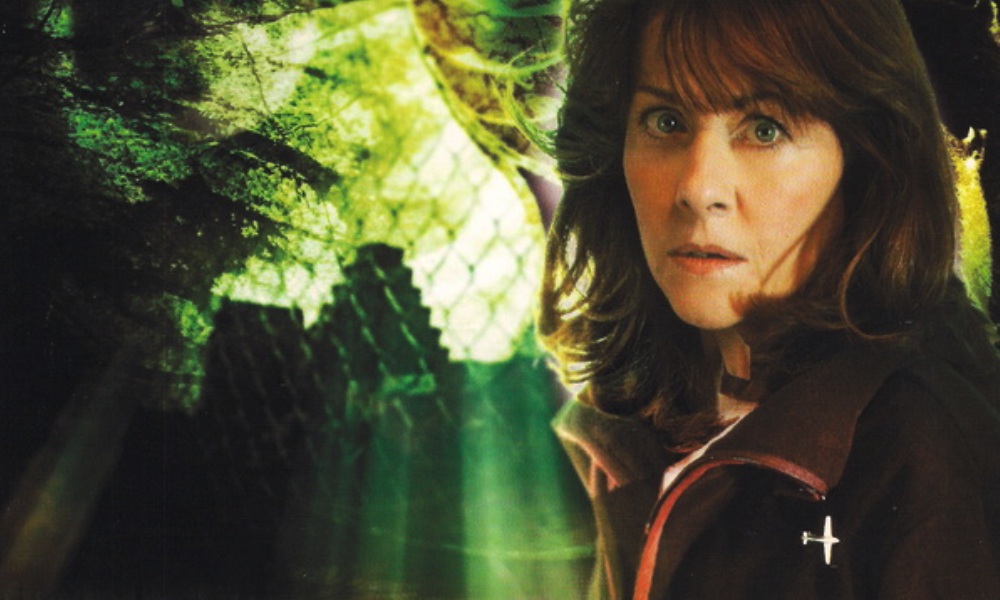 While Buried Secrets took us to Italy and Snow Blind to the Antarctic, the third instalment of Sarah Jane Smith’s second season keeps us nice and local, in London. In this regard, David Bishop’s Fatal Consequences is the second-season release most like his first-season triumph Test of Nerve­ — and perhaps for that reason, a minor triumph in itself.

While the machinations of the White Chapter and the Crimson Chapter had provided background motivations to the last two releases, Fatal Consequences foregrounds the squabbling doomsday cults when Sarah sends Will Sullivan and Joshua Townsend to investigate allegations of illegal animal experimentation at a corporation that may be affiliated with the Crimson Chapter. The social crusading element recalls the first season as well; indeed, this instalment has a number of throwbacks to then, grounding the series in its past as it heads off in a new direction.

The company being investigated here is the same one that Sarah and company encountered in Comeback in the first season, and I was quite surprised when Maude, the leader of the Comeback protestors, made a return appearance as well. It was a pleasant surprise; the character has by no means a large role in either instalment, but Patricia Leventon puts in a fun performance. Conspicuous by her absence, though, is Juliet Warner as Ellie Martin, the tree-hugging crusader who was very nearly a member of Sarah’s team in the first season. One suspects the role of Maude’s daughter was initially intended to be her.

The revelations of the end of Snow Blind exert their force on the characters here, but Bishop doesn’t rest on his laurels, generating an expansive new set of revelations to follow those ones up. I had some misgivings about the big conspiracy after hearing Snow Blind, but Fatal Consequences manages to alleviate those entirely, with its clever callbacks to an adventure from Sarah’s TARDIS tenure. Even the revelation about the White Chapter member close to Sarah really works; I was apprehensive about it at first, but the more I thought about it, the more sense I felt it made of his actions. A twist well done.

Lis Sladen, Jeremy James, and Tom Chadbon all get excellent material in this instalment, all three characters facing various kinds of internal struggles and dilemmas. Sladen gets a confrontation with the leader of the White Chapter that crackles. James faces his darkest hour. And Chadbon rises to the occasion when Will gets something to do, ably playing the man as conflicted in the course of his duties.

The past two instalments have included brief appearances by Jacqueline “That Madwoman off Blake’s 7” Pearce, David “The Worst Davros” Gooderson, and Stephen “There Wasn’t Exactly a Good Travis, Was There?” Greif, either in the news or in brief, enigmatic conversations. In Fatal Consequences, all three finally become actually characters, to varying levels of success. Greif does a very good job as the personable-but-dangerous businessman Sir Donald Wakefield, though I think we’re supposed to be more impressed by the revelations about his character than the story allows for. Gooderson does a decent job as Doctor Dexter.

Really, the weakest link in the whole story is the Keeper of the Crimson Chapter, who is the only character who doesn’t really have a relatable motivation. Or indeed, any seeming motivation. But that’s why Jacqueline Pearce is excellent in the role; she spent four long years on Blake’s 7 playing a character with no perceivable motivation.

Fatal Consequences begins with a twist, and it never really stops having them. And the ending cliffhanger is brutal — it took all my self-control to stop from putting on Dreamland right then. David Bishop has managed to pull together strands from the previous seven instalments of Sarah Jane Smith to create something I wouldn’t have thought possible.