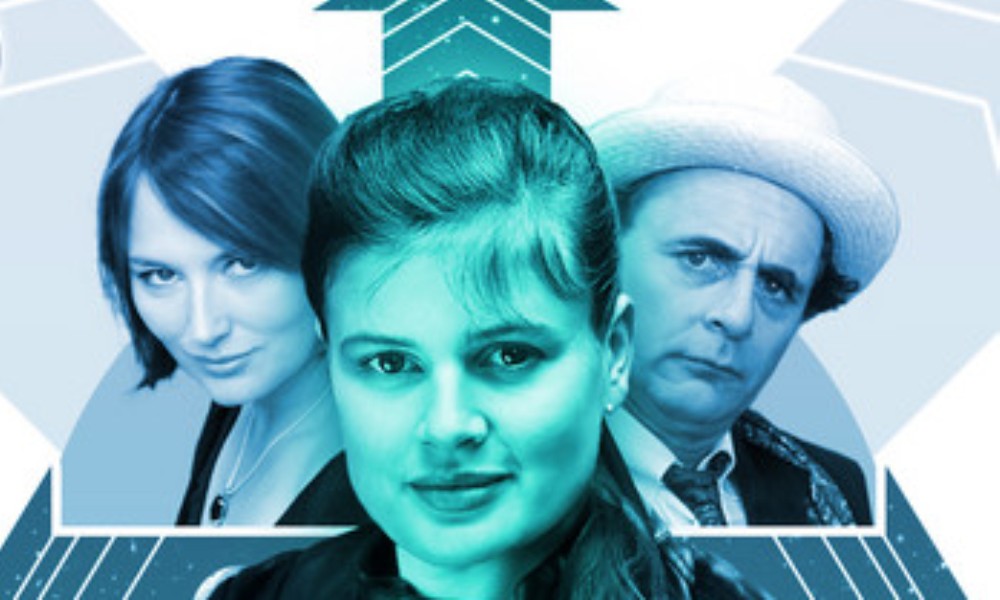 It’s the last Seventh Doctor Lost Story! “No more Andrew Cartmel ever,” I whisper to myself as I rip the CD onto my iPod. I mean, even if Big Finish does invite him back to write Season 28, I’m not going to be so stupid as to purchase the stories. Or even obtain them for free. Not even the presence of Beth Chalmers or Angela Bruce could convince me that this was possibly a good idea.

Earth Aid is the third release in a row written by Andrew Cartmel, which seems somewhat anachronistic given that Cartmel never wrote a single story during his actual tenure as script editor of Doctor Who. He’s joined by Ben Aaronovitch here, but one questions what Aaronovitch actually had to do with anything, as Earth Aid has the deficiencies of Crime of the Century and Animal all over again. I quite like Remembrance of the Daleks and Battlefield, but while those are big, colourful stories unafraid to upend Doctor Who and turn it back on itself, Earth Aid is nothing of the sort. It’s not even Paradise Towers or Time and the Rani. To be fair to Earth Aid, it’s better than Animal. Or at least it’s less terrible.

As in other Andrew Cartmel scripts, there’s an appalling lack of progress or tension; the Doctor spends most of the adventure getting from one end of a spaceship to another. Meanwhile, Ace shoots at some aliens, except that she doesn’t. And Paterson Joseph sings sea shanties. Well, thank god you all flew him in from France to do that. I have to admit, though, that I did enjoy the Star Trek: The Next Generation jokes. (Though I will now be churlish and point out that Bang-Bang-a-Boom! did most of them better.)

This story also gives us Andrew Cartmel’s third race of “comedy” aliens in a row. The Grubs are probably better than the Metatraxi and the Numlocks, though you wouldn’t know it, since Cartmel’s humour mostly falls flat. Alex Mallinson’s voice is good, though I preferred how it sounded on the extras without the digital processing, which strips it of its uniqueness and makes it sound like all the other digital monster voices Big Finish has ever done.

Also can the Metatraxi please never appear in anything ever again? Thanks.

Despite departing in Animal, Raine is thankfully back in this one, though she doesn’t get up to anything. Her departure in Animal makes a bit more sense now, since Earth Aid establishes her father didn’t just die of old age, but in some kind of mysterious circumstance, but it would have been nice to have known that then. Her appearance in Earth Aid is part of a complicated plot to get revenge on the Doctor, which doesn’t really make any sense, mostly because it’s never explained why the Doctor and Ace are embroiled in this adventure to begin with.

Also at the end, Raine and Ace complain about the Doctor’s propensity for large masterplans. This might work better if we’d seen him execute one at some point this season. And as Raine points out, it would have made Earth Aid’s resolution more palatable, since it would have stopped it from being another massive coincidence where two plot elements solve each other, requiring little action from the Doctor.

At least Ace seems to have something interesting to do for once this season, with a couple very nice moments, which is what lifts Earth Aid above dross like Crime of the Century and Animal.

The best thing to come out of these Lost Stories has been Beth Chalmers as Raine, but like all the characters, she’s been handicapped by being written by Andrew Cartmel. Thank Briggs that when she’s returning in Dominion, she’s apparently being written by a good writer. In the extras, Andrew Cartmel admits that he just makes up stories as he goes along. It shows, buddy, it shows. If he does come back to Big Finish, I hope he brings an outline with him, though no matter what, I won’t be there to see it.