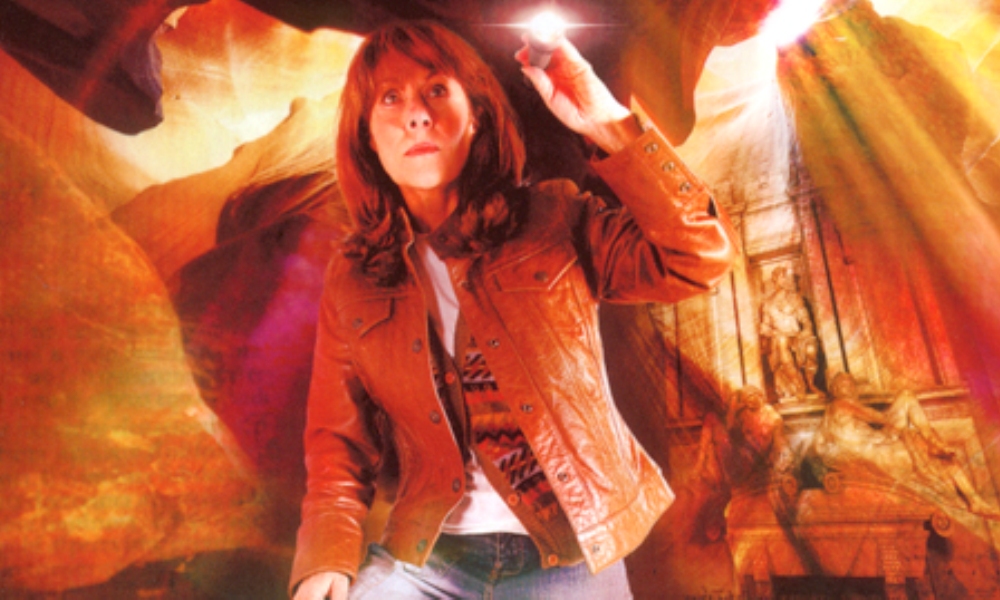 Five years before popping up on Bannerman Road and befriending plucky associates Luke, Maria, Clyde, and Rani, Sarah Jane Smith was battling the forces of evil with a different group of friends in Big Finish’s Sarah Jane Smith spin-off audio drama. These stories were grimmer and less sci-fi, pitting Sarah and company against some very human enemies. I found the first season a bit of a mixed bag: Elisabeth Sladen was as excellent as ever, of course, and Jeremy James and Sadie Miller were good as her “companions” Josh and Nat, but the stories were often lacklustre or nonsensical, yielding only two good releases in a batch of five.

Though the first season was released in 2002, the second didn’t come out until 2006, shortly before Sarah returned to our television screens in the Doctor Who episode School Reunion; the creation of The Sarah Jane Adventures shortly thereafter meant it was the last. Unlike the first season, which used five different writers, the entire second season was written by one person, David Bishop. Bishop was the writer of the previous season’s Test of Nerve, one of the better releases.

The last Season One release, Mirror, Signal, Manoeuvre, set up that Sarah and company would continue battling Hilda Winters and her associates, but the first Season Two story, Buried Secrets, dumps that status quo very quickly with a news broadcast that establishes that Doctor Winters and her right-hand man, Mister Harris, are both dead. It’s been a couple years since the events of the first season, and Sarah and her team are dispersed: Sarah is trying to avoid the publicity from the events with Winters, Josh has been working a succession of jobs none of which are as exciting as hanging with Sarah, and Nat has left her job at the Planet Three television network to assist with an archeological dig in Florence, Italy.

The jump is kind of jarring; it is plainly obvious that Bishop is dispensing with story elements either unavailable or uninteresting and replacing them with his own. In terms of its structure, Buried Secrets is actually quite a lot like the first season premiere, Comeback, in that it spends a lot of time setting up this status quo and very little time on its “plot” as such.

In addition to the changes in the established characters, Buried Secrets also introduces Will Sullivan, younger half-brother of Sarah’s old friend Harry Sullivan. The presence of Will doesn’t really contribute to this story at all, so one can only assume that he’s present as setup for some later adventure in the season. On the other hand, Will is delightfully played by Tom Chadbon, better known as Duggan in 1979’s City of Death, and his interplay with Sarah, as they reminiscence about times past, works very well. Will knows some of what Sarah and Harry got up to back in the day, and so Sarah can connect with Will in a way she never can with Josh or Nat.

The plot of Buried Secrets is so slight, it’s hard to justify calling it as such. In the second half of the story, Sarah finally makes it to Italy, where Nat has been detained for questioning in the murder of an archeology professor. Sarah doesn’t really investigate the murder so much as stumble right into the answer, which is a bit of a boring way to go about a murder mystery, but there’s not the time for anything more complicated. Of course, in a staggering coincidence, there’s a link between the murder and the last letter Sarah ever received from Hilda Winters, reminding one once again of the less-pleasing aspects of last season’s Comeback.

Other than Sarah (who is great as always) and Will, the characters are on middling form here. Josh makes some dunderheaded decisions here, but they feel more stupid than normal. Jeremy James’s likeable performance, though, keeps him solid. No-one ever seemed to know what to do with Nat in the previous season except in Test of Nerve and Mirror, Signal, Manoeuvre. Buried Secrets doesn’t reach those levels; she’s mostly a bystander in the plot. Sadie Miller’s decent-but-not-exceptional performance doesn’t help, either.

None of the other guest characters distinguish themselves, aside from Daniel Barzotti as Luca, who I was firmly convinced was Barnaby Edwards doing a funny voice until I read the cast list; I’d forgotten Barzotti’s previous turn as a guy with an Italian accent in Master. Oh, and Jacqueline Pearce has a brief cameo, sounding like every character ever played by Jacqueline Pearce.

(I have two pet peeves. One, the news broadcasts, which Bishop also used in Test of Nerve, are a lumpy way to introduce exposition into the story. It would work better in snippets, but we get several segments of some length. Plus I don’t buy that the British news media reports on the murder of Italian archaeology professors. The other is that no Big Finish spin-off is apparently permitted to use the same theme for more than five releases; David Darlington’s excellent piece from Season One has been replaced by a thoroughly unimpressive one by Steve Foxon.)

Like the weaker instalments of the first season of Sarah Jane Smith, Buried Secrets is enjoyable enough for the characters, but its plot feels largely like setup for events to come. Hopefully, with this out of the way, Bishop will be able to give us another Test of Nerve later on.