Doctor Who: Recorded Time and other stories review 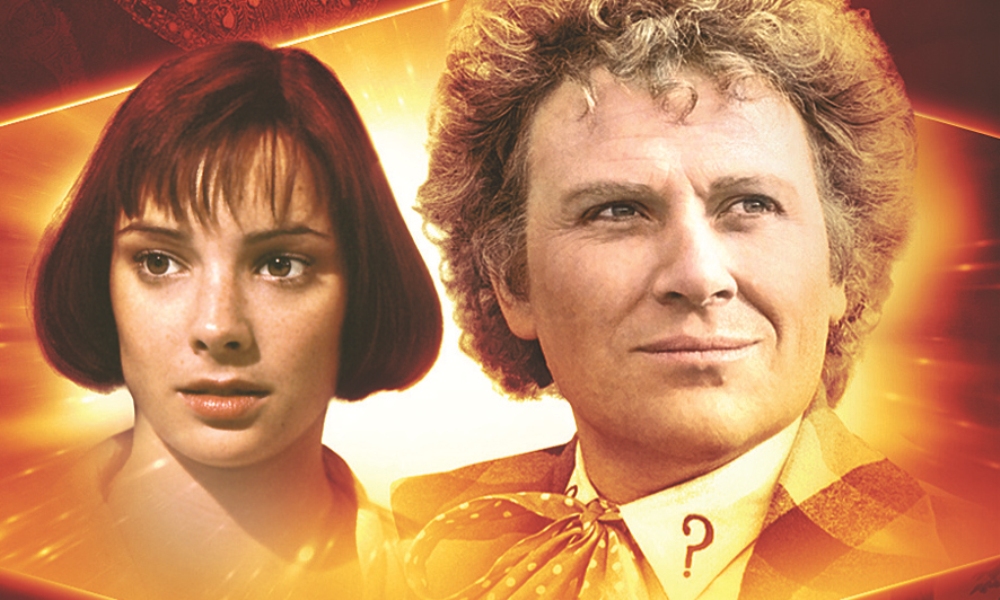 Big Finish Productions’ fiftieth main range Doctor Who release was Zagreus, an enormous three-disc adventure, starring five Doctors, umpteen companions, Rassilon, and the TARDIS itself, fighting a threat to the universe itself against a universe-sized backdrop. It was something they’d never done before.

Big Finish Productions’ one-hundred-and-fiftieth main range Doctor Who release is Recorded Time and other stories, a set of four imaginative one-part stories with no linking theme, starring a television Doctor/companion team, written by four relative newcomers to Doctor Who. It’s something they’ve done before… eight releases prior, to be exact.

The repetition is a little disappointing. Though I like that these four one-part releases have become annual fixtures (I buy every one), I’d like to see Big Finish try something new for their one-hundred-and-fiftieth release. I mean, 150! They’ve been making Doctor Who audio dramas for 12 years now! Who’d have thought it? I feel like 100 and Zagreus were just yesterday, much less The Sirens of Time. Let’s celebrate it with something cool and unique.

Unfortunately, once you move beyond the recycled premise, these four stories with the Sixth Doctor and Peri make up the weakest of these anthology releases yet. (Other than the ones I’ve already mentioned, there have been Circular Time, Forty-Five, and The Company of Friends.) Which is a shame, as I think this format is usually a great way to demonstrate Doctor Who’s playful diversity.

The first story is Recorded Time by Catherine Harvey, where a strange time anomaly draws the Doctor and Peri to the court of King Henry VIII. What follows is pretty uninspiring, with Paul Shearer’s Henry just being a shouty boor, and the plot being largely nonsensical. Why does Henry want to do what he does? Why has he waited so long when he’s always had the power? Why is the ending so obvious? Why is the potentially comic situation of the Sixth Doctor forced to play jester not wrung for more laughs? Why is Peri still in sexual peril, decades after the 1980s? None of these questions find answers here. Philip Bretherton is great, though. (His previous Big Finish appearance in Arrangements for War was top-notch stuff as well.)

Utterly forgettable is Richard Dinnick’s Paradoxicide, which is the sort of time paradox story that was exciting before Blink and okay before all of the fifth series. Like most paradox stories, the Doctor and Peri basically become bystanders as history plays itself out. Unfortunately, the rather straightforward wibbly-wobbliness is paired with a female-dominated alien race, seemingly a sure sign of trouble in any popular SF production. These aliens are so confident that women rule and men drool, that they rather improbably programmed their computer to accept commands from any woman, ever. Even if that command is, “Teleport the captain away” or “This order cannot be countermanded”. Reverse the genders and tell me if you’d ever buy someone could be so lax.

The release perks up with the first story on the second disc, A Most Excellent Match, written by Matt Fitton. The Doctor has to convince Peri that he should be her suitor — not that awful Mr Darcy. It’s a fun romp, replete with references to nineteenth-century literature, including a Thomas Hardy joke I’ve been telling everyone I know. (Everyone who would understand its dual context as a Hardy joke in a Doctor Who story. So like two people, one of which was my wife.) It goes on a bit, I think, but is fun enough to pass the time. Philip Bretheron is back in this one, playing Darcy, Heathcliff, Rochester, and Alec d’Urberville. He was rather good in As Time Goes By, too, wasn’t he?

Philip Lawrence wraps the release up, with the final story, Question Marks. It starts out seeming like a standard corridor-based runaround with some good old fashioned amnesia thrown in to boot, but Lawrence handles the amnesia with a deft hand, making the Doctor and Peri clearly be their usual characters without needing any backstory. Even better, the guest cast are all quite well-characterised, telling you who they are without exposition in moments. The story itself is fast and tense, as the characters race against time and mystery, with not a monster in sight. The title itself is a brilliant piece of writing. And when the revelations come, they snap everything into place perfectly. This story is everything a good one-parter should be — shame the release didn’t have more like it.