Super City Police Department: The Case of the Claw review 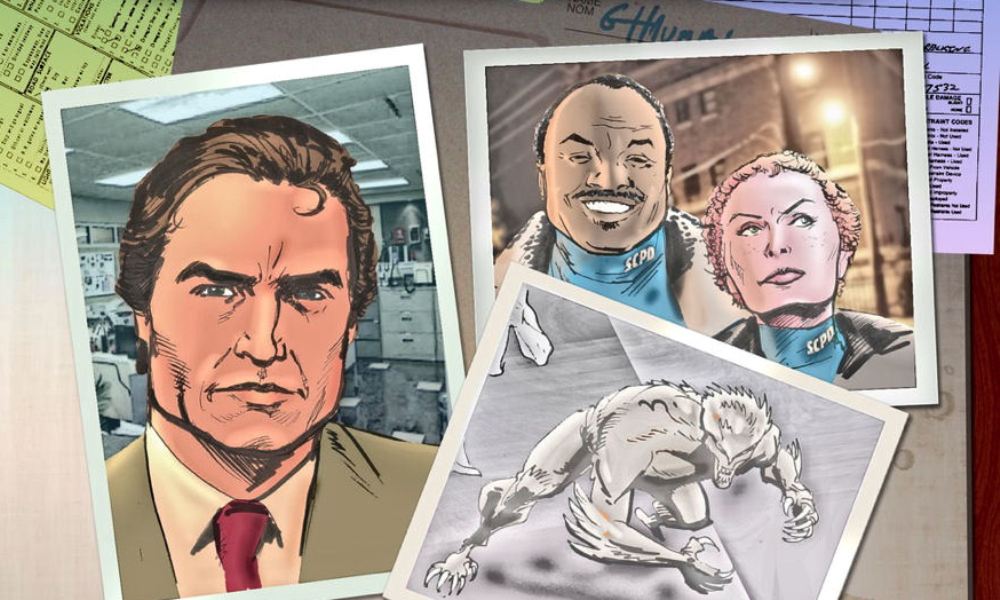 In Super City Police Department: The Case of the Claw, the first entry in an original series by tie-in veteran Keith R.A. DeCandido, we follow the “normal” officers of the Super City Police Department in their efforts to defend law and order in a city full of superheroes and supervillains. After an absence of a few years the Claw, a supervillain mass murderer, seems to have returned to Super City and the SCPD has its hand full in capturing him amidst the usual work of trying to “clean up” behind the superheroes, and actually get the bad guys behind bars despite the reluctance of the “capes” to make sure to provide the police and attorneys with enough to actually prosecute them. It doesn’t help that, despite promises to the contrary, the superhero group Superior Six isn’t providing the officers of the SCPD with their files on the Claw. Are they just too arrogant to think that the SCPD can be of any help or is something bigger at play here?

The premise behind this novel and the planned series – that life isn’t easy for the police in cities full of superheroes and supervillains – isn’t a new one for fans of Keith R.A. DeCandido. He already used it as a side plot in his Spider-Man novel Down these Mean Streets (and probably in some of his other superhero-related fiction, but DtMS is the only one I’ve read so far), but he really kicked it into high gear here. Perhaps DeCandido “takes the side” of the cops too much at the expense of the superheroes occasionally, but the idea behind it is a sound one: we always see the heroes fighting the bad guys with a lot of collateral damage, like damaged buildings and cars, and winning the day in the end, but what the comics and movies seldom acknowledge are how that influences the life of ordinary people and how exactly the legal side behind it is supposed to work. With S.C.P.D. Keith DeCandido shows that other side of the coin, for example by featuring a cop who lost his wife when a building was destroyed because of a “super-fight” and is now having to fight it out with the insurance company, or by showing how cases are thrown out because the “capes” have disturbed the crime scene or are unable/unwilling to testify in court.

Besides that The Case of the Claw is also a well done procedural story. Keith R.A DeCandido takes all the usual parts of such a story and adapts them to the superhero setting without making it unbelievable or relying on the “super” parts to solve the mystery. It’s plain old police work that leads to the discovery of the secrets behind the Claw’s origins, even if those secrets wouldn’t feel out of place in a Fantastic Four comic – and that’s the beauty of this novel: it combines those two seemingly unrelated settings and it feels like a natural fit. While the Claw case is obviously the centre of this novel, DeCandido sprinkles in a lot of side plots, like the one with the cop who lost his wife or one where the fallout of a super-fight has influences a case of domestic violence, and those side plots make Super City a living, breathing place instead of just the setting for a whodunnit story.

But once again the part where DeCandido truly shines is the character work. Almost every character, from the main protagonists down to people who only appear for a short sequence, feels like a true human being, not just like “stand-in character #42” who’s just there to give the heroes a cue. He could probably tone down the “assholeness” of some of the superheroes a bit, like Spectacular Man, in future instalments as that leads to the sense of him taking the police’s “side” I mentioned earlier, but that’s really only a very minor black spot in a really great piece of character work. I apologise if I begin to sound like a broken record when it comes to Keith R.A. DeCandido and his character work, but that’s what he is best at and as long as he keeps this level of quality I will continue to praise it.

Overall The Case of the Claw is a truly great start into what hopefully will become a long-living series. Good storytelling, interesting setting and great character work – as long as you have even the flimsiest interest in procedural stories you really should give The Case of the Claw and the S.C.P.D. series a chance, as it gives the genre an interesting and entertaining new spin.

The Case of the Claw (by Keith R.A. DeCandido) was released by Crossroad Press in July 2011.