Doctor Who: Crime of the Century review 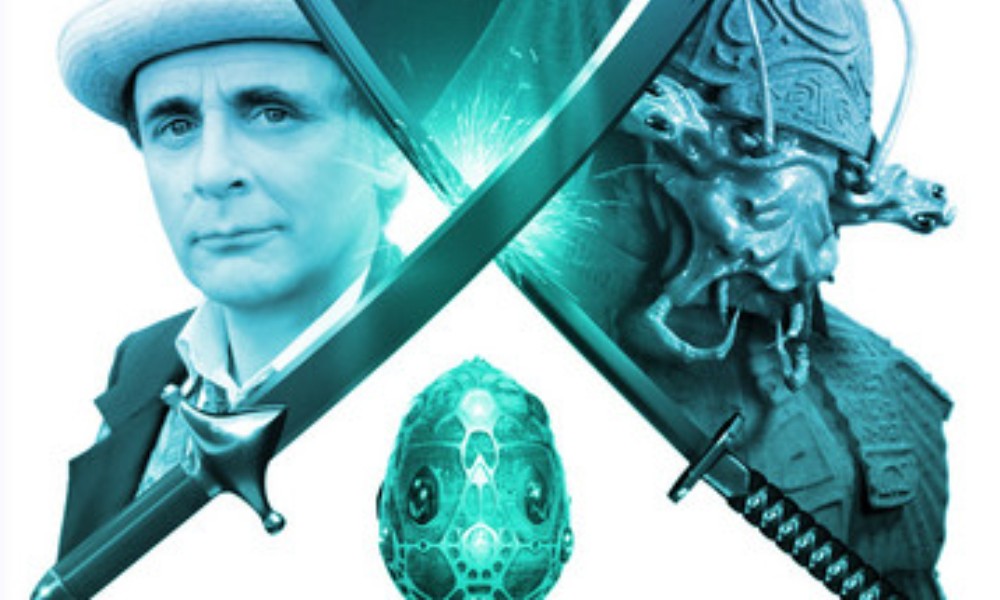 The Seventh Doctor Lost Stories continue with Andrew Cartmel’s Crime of the Century. Cartmel is no stranger to the Seventh Doctor and Ace, having script-edited their television adventures and having written a trilogy of New Adventures novels, but this is the first time he’s ever written a script himself for the two characters he essentially created. Crime of the Century carries on from the end of Thin Ice, operating as that relative rarity in the Doctor Who world: the direct sequel. Certainly it’s particularly rare for a story to be followed by its own sequel, unless you’re one of those people who thinks each half of The Ark should be counted separately.

The best thing about Crime of the Century is that it introduces new companion Raine Creevy, delightfully played by Beth Chalmers. Raine seems to have been designed as a deliberate counterpoint to Ace, much as Martha Jones was a counterpoint to Rose Tyler. Raine, despite being the daughter of a London gangster, has received the best education money can buy, and is cultured, charming, and classist all in one. The story opens with her narration as she carries out a safecracking operation, and the whole thing is just plain fun to listen to.

She also provides a nice opportunity for Sylvester McCoy — though obviously Ace never takes the Doctor’s crap either, Raine has more of a witty, light back-and-forth with the Doctor compared to Ace’s brash outbursts. The Seventh Doctor is probably the classic series Doctor with the least variation in Big Finish companions: he’s either with Ace (and Hex) or on a solo adventure, and sometimes Big Finish even remembers that Mel exists. Putting him with Raine provides a rare opportunity for a new dynamic, and McCoy plays it admirably. It’s just a shame that Ace is still around; we’ve heard the Seventh Doctor and Ace and a new person quite a bit from The Harvest onwards, and it would be nice to have a completely different dynamic here. (It doesn’t help that Ace gets some awful lines complaining about the sexism of the Metatraxi. No really, would anyone ever talk like this? Much less Ace?)

It’s also nice to have a return appearance from Ricky Groves as Markus Creevy; his first scene with Ace is one of the best in the play. The return of Felnikov from Thin Ice was somewhat less exciting; the character is just as randomly villainous and seemingly unmotivated as he was there.

Though I found it more engaging than Thin Ice, what stops Crime of the Century from being successful is that it never seems to know what it’s actually about. Part One has the Doctor and Raine stealing back the Ice Warrior artefacts that Creevy ended up with at the end of Thin Ice, since Creevy sold them off to cover his debts. It was never really clear with the Doctor left the artefacts with Creevy to begin with, and it’s even less clear why he returns them to the man, since he sold them fair and square. Meanwhile, Ace is in the Middle East investigating a series of mysterious attacks, and soon the Doctor and Raine have gone to join her, abandoning one plot for another. This carries us through the middle of Part Four, when the action returns to Britain for yet another plotline. Plus, the story has an obnoxious tendency to set up things that don’t pay off, such as when Raine is bunted out of the narrative in Part Three despite earlier events clearly setting her up for actions that Ace ultimately performs. The “crime of the century” indicated in the title ends up being yet another plotline unconnected to all the “main” ones.

This also happens with characters: Creevy ultimately has very little to do with the proceedings, while Chris Porter’s Sayf Udeen, despite an excellent, immediately attractive performance, might as well not be in the story for all he has to do with it. The story sets up an attraction between him and Raine in their first scene together… which never has anything to do with anything ever again.

The story also introduces the alien Metatraxi, who turn out to be 1) deadly dull in concept and 2) ridiculously awful in execution. Who even thought they were a good idea? Or that any of Cartmel’s “jokes” were funny?

Cartmel calls the story a “caper” in the extras, but that would require some actual capering to happen. Crime of the Century is a disjointed series of events that don’t add up to a greater whole. I think the story wants to be one of those legendary Seventh Doctor masterplans, but it’s more like a series of microplans that aren’t very interesting. The pacing is faster and the story more involving than in Thin Ice, but Season 27 is not shaping up to be a convincing followup to the brash, explosive Seasons 25 and 26.

Crime of the Century (by Andrew Cartmel; starring Sylvester McCoy, Sophie Aldred, Beth Chalmers) was released by Big Finish Productions in May 2011.