Doctor Who: The Cold Equations review 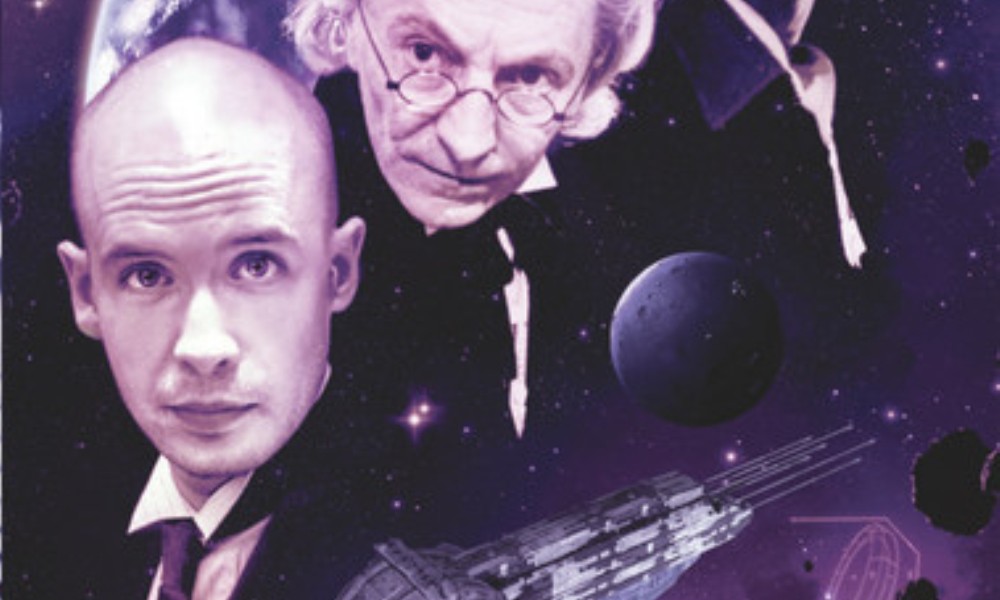 In my review of The Perpetual Bond, I said that my favourite Companion Chronicles are the ones that hit the sweet spot between nostalgia and innovation, between evoking the things I enjoy about classic Doctor Who and doing something new with them. The Perpetual Bond hit that sweet spot fairly well, but its sequel, The Cold Equations, just nails it entirely.

The Cold Equations reunites the team behind its predecessor: writer Simon Guerrier, director Lisa Bowerman, producer David Richardson, sound designers Richard Fox and Lauren Yason, and actors Peter Purves and Tom Allen as companions Steven Taylor and Oliver Harper. It’s Oliver Harper’s first trip in the TARDIS, and they’ve materialised on an alien space station orbiting the Earth in the far future, during a dark age between galactic empires when the skies above the Earth have become overrun by space junk that makes navigation nearly impossible.

The story opens with a teaser, as Steven and Oliver run out of air, and Steven asks Oliver to reveal the secret he’s been keeping from them. It’s a fantastic, gripping moment — two men on the edge of oblivion — and it overshadows everything that follows in Part One, which has a tendency to get bogged down in details that are necessary to set up the cliffhanger at the end, but don’t feel particularly interesting on their own. Average Companion Chronicle stuff, but nothing inspiring.

Part Two, though — Part Two just nails it. It’s mostly a two-hander between Steven and Oliver, trapped in a piece of space debris, where the air is slowly running out as it spins around the Earth. The Doctor is present, but only as a voice on a communication link, unable to do anything but watch them. Everything just comes together here: Peter Purves and Tom Allen’s performances, the claustrophic sound design of Richard Fox and Lauren Yason, not to mention their extraordinary music, and the insightful, evocative writing of Simon Guerrier.

I could gush all day about the things Part Two does right, but I’ll try to restrict myself to just three of them. The first is Steven Taylor. While listening to The Perpetual Bond, it occurred to me that though Steven is ostensibly a fighter pilot, this has never been important, not even in The Chase, his introductory story. I started cogitating a story where it could be, but Simon Guerrier beat me to it. Like I said in my review of The Perpetual Bond, I haven’t really experienced many Steven stories, but I doubt that any of them have treated him with this level of respect. Guerrier doesn’t write him as a generic person who could have come from the 1960s, but as a genuine resident of the future, a man for whom space and its complications are second nature. Guerrier writes an extraordinary monologue from Steven as he analyses the situation he and Oliver have found themselves in — and does his best to find a way out of it. It could be a deathly boring description of orbital mechanics, but invested with life-or-death potential, it becomes gripping, thanks especially to Purves’s performance, which sells you 100% on the notion that Steven Taylor knows his business. It’s beautiful and extraordinary — I loved every minute of it. (Purves, by the way, is an utter delight on the CD Extras, which he dominates with his warmth and humour. I’ve never met him and I doubt I ever will, but he sounds like a class act.)

This brings me to the second thing: making the mechanics of space flat-out cool. The interplay of Steven and Oliver really makes this work. Oliver comes from a time when humanity had yet to land on the Moon, when people were glued to their television screens as NASA Mission Control went through the huge assortment of minutiae that makes spaceflight possible. In our postmodern world, spaceflight has become mundane, but in the 1960s it was invested with urgency and romance. (Or so we like to imagine.) I love space and it never even occurred to me to watch the last flight of the American space shuttle fleet, but whenever I watch old NASA footage, I just eat up those bits where people cross-check mundane details and set switches and whatever. With Oliver’s astonishment at everything that’s happening, The Cold Equations completely capitalises on all of that. It evokes the 1960s without setting the story itself in the 1960s, but in a magical way that the programme never did aside from moments in the Troughton era like The Seeds of Death and The Space Pirates.

And last but not least, there’s Oliver Harper. In this one, we learn Oliver’s DEEP DARK SECRET and it’s perfect, the sort of thing that’s entirely of the 1960s, but that the programme itself would have never actually done back then. It turns Oliver, already a decent character, into a great one. I forget who in the extras observes that his secret fits perfectly with Doctor Who’s themes of exile and outsiderness, but it does and it’s great — and Steven’s reaction is even better. The Cold Equations has a view of the future that’s very much like the original Star Trek: some things are better because humanity is always improving itself, but we still have things to take care of — because humanity is always improving itself. Again, very appropriate to the 1960s, but we never would have seen something like this on Doctor Who in the 1980s, much less the 1960s.

The Cold Equations is the middle part of a trilogy that promises to come to an end with The First Wave in a few months. I haven’t been this excited for a Companion Chronicle release since The Guardian of the Solar System; if The First Wave keeps up the quality of The Cold Equations, the Oliver Harper trilogy is going to dethrone the Sara Kingdom stories as the apex of the Companion Chronicles. And depending on what happens in The First Wave, I hope that Big Finish doesn’t restrict itself to just these three stories — let’s keep this going.