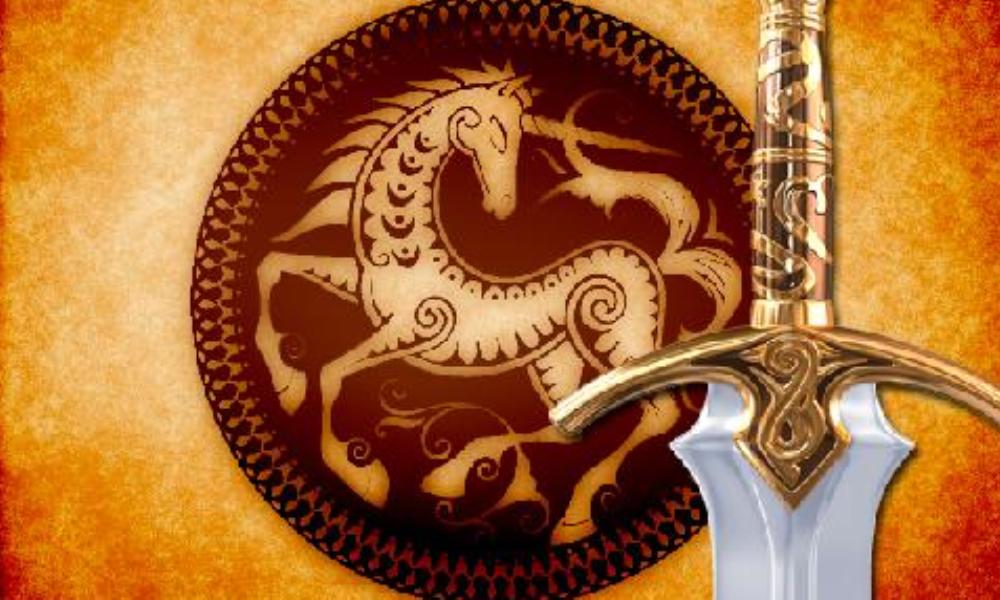 In Unicorn Precinct, an original high-fantasy police procedural written by Keith R.A. DeCandido, we follow the officers of the castle guard of the harbour town Cliff’s End. While Torin ban Wyvald and Danthres Tresyllione investigate the death of the daughter of an influential family, their colleagues have to deal with corruption within the castle guard and the shenanigans of a priest claiming to be able to talk to the dead. While all of the officers have to deal with setbacks in their investigation, Torin has to deal with family matters on top of that. Will he be able to concentrate on the task at hand with his father in his ears to return home and take over his duties in his home town?

Unicorn Precinct is the long-overdue sequel to Dragon Precinct, the debut original novel from tie-in veteran Keith R.A. DeCandido, which was published in 2004. After the planned novel series was abandoned, due to Simon & Schuster discontinuing the line of original science-fiction and fantasy novels Dragon Precinct was part of, the “Precinct universe” was kept alive in several short stories over the years before being picked this year up by Dark Quest Books.

I haven’t read the short stories set in Cliff’s End and it has been almost seven years since I’ve read Dragon Precinct, but nonetheless reading Unicorn Precinct felt like meeting old friends — I couldn’t really make out if nods to other cases were from the original novel or one of the short stories, nor remember much of the minutiae of Dragon Precinct, but I felt immediately at home in Cliff’s End while reading the story.

As mentioned above, Unicorn Precinct follows different groups of the castle guard while they’re investigating their cases, but Torin and Danthres and their murder case pretty much have the spotlight for most of the novel. I have to admit that the whodunnit part of this plot probably isn’t the most groundbreaking piece of writing by Keith R.A. DeCandido, but he was able to balance that out with very good character work. Both the relationship between Torin and Danthres and their dealings with the different characters relevant to the case are written really well and that alone is able to keep the reader hooked.

The other cases give you a good chance to see more of Cliff’s End and make the world come to life beyond the murder case. The castle guard officers are a diverse bunch of people, ranging from somewhat shady old-timers to overly naïve, indoctrinated goody-two-shoes, but all of them are able to spark some interest in following them. I’m not really sure if it was the intention of the author to make him likeable, but I have to admit that Grovis kind of grew on me during the course of the novel, and I wouldn’t mind if he would get an even greater role in future books set in the Precinct universe. It’s just so adorable to watch him trying to be the best officer possible, just to be hindered by both the realities of police work and the indoctrination he received during his upbringing.

The novel definitely has its weaknesses (the relative shortness and the somewhat unexciting plot of the murder case, to name the two major ones), but Keith R.A. DeCandido manages to even those out with his very good character work, so that Unicorn Precinct definitely is worth a look.

Unicorn Precinct (by Keith R.A. DeCandido) will be released by Dark Quest Books in August 2011.