Doctor Who: The Perpetual Bond review 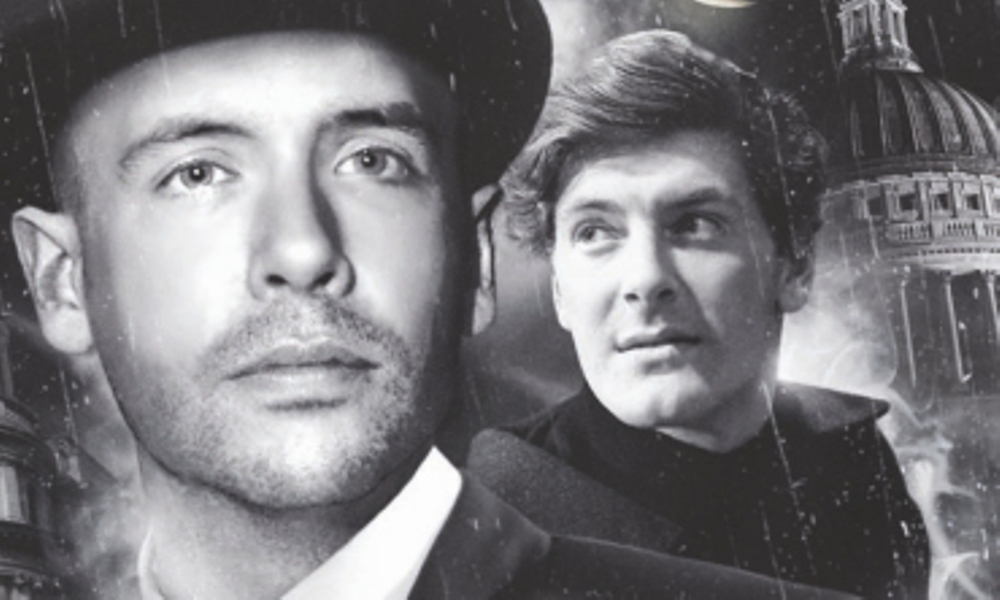 For some reason, I find First Doctor Companion Chronicles the most exciting of Companion Chronicles. Maybe it’s because Patrick Troughton and Jon Pertwee’s eras have very distinctive feels, which their Companion Chronicles either have to slot into or have to consciously eschew, whereas in William Hartnell’s day the show was all over the place in a way that it rarely was for the next 20 years, jumping from farce to drama, from alien invasions to surrealism. Plus, you know, the First Doctor gets all the best companions: Ian, Barbara, Sara, um… maybe not Dodo.

Steven Taylor, though, is a companion I’m not very familiar with. Only three of his serials survive completely, and two of them are crap. Despite being an American born in the 1980s, I’m actually more familiar with Peter Purves from his work on Blue Peter, thanks to the show’s ubiquity on the bonus features of Doctor Who DVDs. But it’s Steven who takes center stage in The Perpetual Bond, which picks up right from the end of The Daleks’ Master Plan, and is written by Simon Guerrier, who previously did excellent work with Sara Kingdom in another trilogy of Companion Chronicles.

The Perpetual Bond lands a grieving Doctor and Steven in 1960s London, a location that Hartnell-era Doctor Who rarely visited itself. One of the nice things about the story is that it really throws itself into its contemporary time: the visual of all the men with suits, bowlers, and umbrellas on the floor of the stock exchange is great, and there’s even a reference to the Beatles — which is appropriate, in light of The Chase. But the setting is the sort of thing the programme itself wouldn’t have done in the 1960s, I don’t think, which means that The Perpetual Bond hits that Companion Chronicles sweet-spot between invoking nostalgia but doing something new at the same time.

The stock exchange is where the Doctor and Steven encounter the alien Fulgurites, and this is where The Perpetual Bond falls down a bit, because although they’re a good concept, as executed here the concept doesn’t quite make sense. Avoiding too many spoilers, but given what the Fulgurites are ultimately revealed to be up to, there’s no actual reason for them to be on the stock exchange floor except that it makes for a cool visual. Also, the rules of who can see the Fulgurites and when seem to get pretty arbitrary by the story’s end. The climax itself is cool, though, with a cool idea from the Doctor and a nice execution by Steven.

The stock exchange is also where we first encounter Oliver Harper, a new companion for the First Doctor. Big Finish has bestowed many new companions on many Doctors, but this is the first they’ve created for the First. Oliver’s role in this story honestly isn’t that big, but Tom Allen plays him as an instantly likeable fellow, even if he does have a REALLY BIG SECRET that the story hits you over the head with every two seconds (even in the CD Extras!). I look forward to hearing more of him in The Cold Equations.

Like I said, I don’t know Steven very well, but I enjoyed Purves’s performance here. Not quite a man of action, Steven seems to belong to the “decent chap” type of companion to which Ian and Harry also belong, not quite as sharp as the Doctor, but well-intentioned and thoughtful. Despite Steven being the narrator, this is one of those Companion Chronicles where the Doctor is clearly the protagonist, but that’s fine. The script and Purves get a lot of mileage out of Steven’s futuristic origins; I loved his description of umbrellas! And Purves does a nice Hartnell; he’s no Hines-style imitator, but he gets the cadences pretty well. The emotional fallout of The Daleks’ Master Plan also provides fertile ground for both characters in a way we wouldn’t get on screen in the 1960s.

Despite its problems of plot, The Perpetual Bond is one of those Companion Chronicles that do what Companion Chronicles do best, and I enjoyed it all the way through. I look forward to more of a new TARDIS team for an old TARDIS… especially if we get to learn what the HORRIBLE AWFUL SECRET of Oliver Harper actually is.