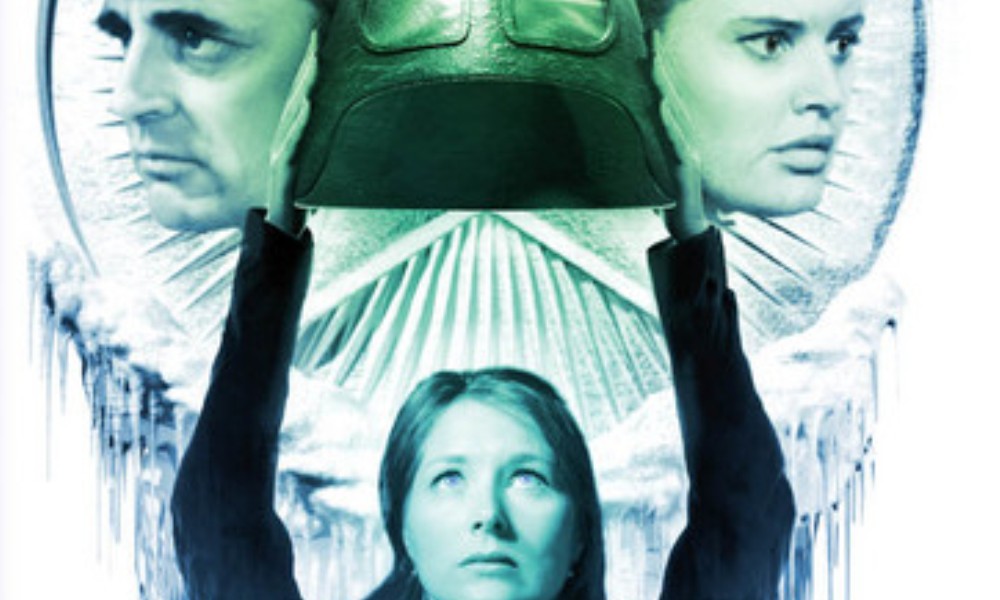 The second season of The Lost Stories returns, with a set of four stories that could have been classic Doctor Who’s Season 27… had the series not been cancelled. The run is overseen by Andrew Cartmel, the man responsible for the two immediately previous seasons, and Big Finish’s advertising has pitched the new series as a continuation of his vision. The first instalment of this “Season 27” is Thin Ice, written by Marc Platt, who in the closing years of the show penned the excellent Ghost Light and has gone on to write a number of excellent audio dramas for Big Finish, as well as The Skull of Sobek.

Thin Ice is a decent typical Doctor Who story, but that’s it — despite starring good old Sylvester McCoy and Sophie Aldred, it doesn’t really feel like it picks up from when they walked off our screens in Survival all those years ago. The last two seasons of the McCoy adventures were loud, bold, different, exciting: we’re talking about the two seasons that gave us stories as varied as The Greatest Show in the Galaxy and Survival, The Happiness Patrol and The Curse of Fenric, Remembrance of the Daleks and, er… Silver Nemesis. But Thin Ice is sedate, overlong, old hat. It’s probably an insurmountable problem to be honest: new and exciting Doctor Who has been done many times and many ways in the 21 years since Thin Ice would have graced our screens.

Stories in the original McCoy era felt like they barely had time to breathe — Marc Platt’s own Ghost Light would have been a tight four-parter, and it was only three parts long. Thin Ice, on the other hand, features an astounding lack of incident; much of Part One features several not-terribly-interesting conversations and virtually no action. I mean, Battlefield might be crap (though I like it, actually), but you could never accuse it of being boring. Thin Ice is. It would have nice to have seen this as brutally edited as one of its related TV stories. The plot is achingly predictable, too, mostly because it’s Silver Nemesis all over again… which was of course Remembrance of the Daleks all over again. All three stories feature the Doctor trying to stop a group of baddies from gaining a powerful alien artefact, except… well, you probably know the rest.

In the nostalgia stakes, the switch from the originally planned 1960s London to the we-can-do-anything-on-audio 1960s Moscow jars a little. I don’t believe the show would have tried to get away with it then, and it doesn’t add enough to the story to be justified. Indeed, it only makes some bits of the story make less sense: why is there a biker gang running around Moscow, working for the Soviets? (Whose members conveniently never speak.) Later the same biker gang turns up in London for some reason. The visual is cool… though not on audio, of course.

The sound design is disappointing, too, in that Simon Robinson fails to do anything atmospheric with what should be a really atmospheric setting, if nothing else. And there are moments where the music feels like something Mark Ayres could have composed, but not often enough. One wonders why they didn’t get the man himself. Heck, I’d have even settled for something in the style of Keff McCulloch!

Perhaps weirdest of all in this transition are the characters of the Doctor and Ace. A highlight of their time on the show, especially Season 26, is the way that Ace’s character matures under the Doctor’s tutelage, as he forces her to confront her family past, her personal past, and her present, making her into a stronger person. Thin Ice should depict the continuation of that, with the Doctor sending off an application for Ace to attend the Prydonian Academy on Gallifrey, but this whole subplot is a mess. First off, the Doctor asks the Time Lords to test Ace… but then spends much of the story complaining at them for putting her into danger by testing her. But these complaints don’t even make sense, given the much more intense situations the Doctor himself has put Ace into (potential nuclear war in Battlefield, alone among the Cheetah People in Survival, basically everything in The Curse of Fenric). Then, he keeps on interfering in the test, showing none of the faith in her that made stories like The Curse of Fenric so wonderful. And her reaction to finding out about the test feels massively out-of-character, too. The test’s resolution is especially disappointing. Not because it’s not what I expected of Season 27, but because it feels like a regression of the status quo, despite an earnest attempt to make it a change.

Sylvester and Sophie play their parts as good as ever, well-honed by ten-plus years of Big Finish already. The moments where Ace does take charge play well, but this has happened many a time in Big Finish’s own canon, as recently as A Death in the Family and Project: Destiny.

They’re joined by Beth Chalmers, who plays the Russian soldier Raina, and she actually does not only a good job with the character, but with the accent as well, at least to my untrained ears. The other prominent guest character, Markus Creevy, is that sort of loveable rogue I, well, love, and Ricky Groves does a good job. (Though I remain unconvinced by a tough guy who says “strewth” a lot.) Nigel Lambert’s role is small, but he does a good job.

To my surprise, and despite my complaints about last year’s Deimos/The Resurrection of Mars, Nicholas Briggs does a good job here as Lord Hhessh, an Ice Warrior who sounds like a character, not just Nick Briggs doing a funny voice. I would have liked to heard more of him; the character’s interactions with Ace were a high point of this story. (Oh, and all the stuff about fish fingers was fantastic.)

It feels churlish to be slamming Thin Ice for not being The Curse of Fenric (what else is!?), but when you’re selling your story on the basis of nostalgia, I expect you to deliver on it. Despite its clichéd title, Thin Ice is an okay story, but 1988-89 gave us not a run of okay stories, but seven of the best Doctor Who stories ever made. And Silver Nemesis, but let’s not talk about that.