Doctor Who: The Crimes of Thomas Brewster review 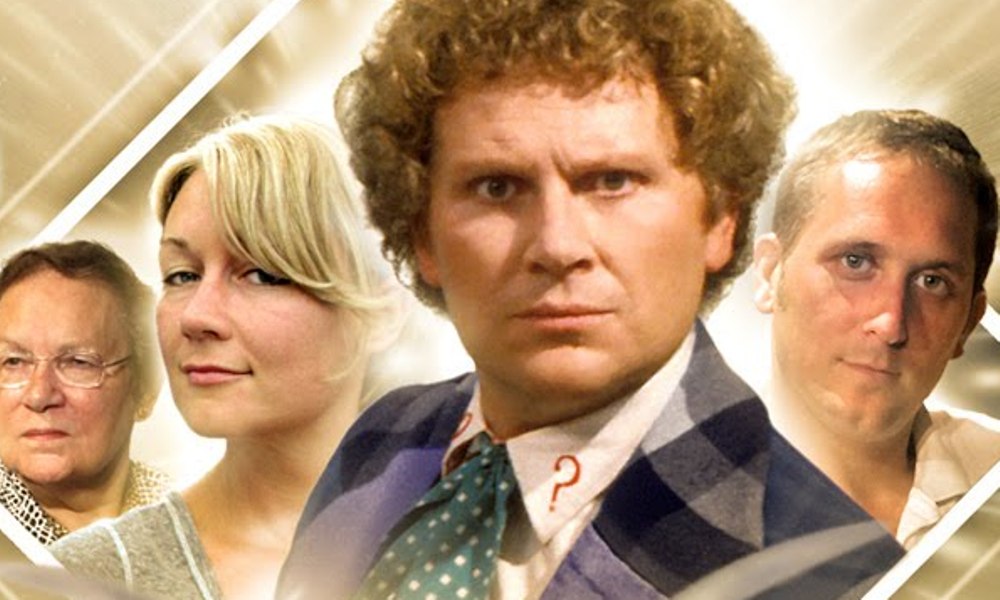 The Crimes of Thomas Brewster features not one, not two, but three returning characters. First and most obvious is Thomas Brewster, the Victorian scamp who once travelled with the Fifth Doctor and Nyssa, and who later bedevilled some old friends of the Doctor in The Three Companions. Second is Evelyn Smythe, recently heard in A Death in the Family, but not heard alongside her own Doctor since 2008’s Assassin in the Limelight. And last is Patricia Menzies, who previously encountered the Sixth Doctor and a timelost Charley Pollard in The Condemned and The Raincloud Man.

Jonathan Morris’s story sees the Doctor and Evelyn in contemporary London, where they’re attacked by some kind of insect thing, an encounter which brings them to the attention of one DI Menzies, who knows the Doctor… even though he doesn’t know her. Menzies is down from her normal Manchester patch, investigating the appearance of a mysterious new gang leader known only as the Doctor. Given a description of his odd activities, the Doctor has to wonder: is this his future self?

Well, no. As anyone who can read the title of the play knows, the gang boss is actually one Thomas Brewster, and soon all concerned are caught up in one of his schemes going horribly wrong (again).

The primary reason I picked up The Crimes of Thomas Brewster was the promise of a return appearance by Menzies, who is one of my favourite Doctor Who characters, and maybe my favourite recurring character invented by Big Finish. I loved her appearances in both The Condemned and The Raincloud Man; Anna Hope (better known as the cat nun who actually makes it out of New Earth alive, all the way into Gridlock) manages a perfect dry sarcasm. She doesn’t disappoint here, with extra shenanigans imparted by her realisation that the Doctor hasn’t met her yet — and thanks to her discussions with Charley, she knows what a bad thing that can be. Menzies reacts perfectly to this, alternating between profound worry and offhand blaséness.

Unfortunately, the story doesn’t really give her much to do. She does some investigating with the Doctor for a little bit in the story’s middle, but once the characters are whisked off to an alien planet, she’s just another character to stand around and ask the questions. The thing that made Menzies’s two original stories by Eddie Robson work so well is that they were both gritty police procedurals, full of sleaze and secrets, with some aliens stuck in. The Crimes of Thomas Brewster turns out to be your typical fighting-aliens sf gubbins with some scant moments of policing thrown in, and that’s just not as interesting. (That said, she does get some good comedy material on the alien planet.)

Really, for a story whose selling point is the return of several characters, it is strangely uninterested in them as characters. Maggie Stables gets some great moments as Evelyn, criticising the Doctor’s coat and infiltrating a gang, at the beginning, but once she gets to the alien planet, she too becomes nearly irrelevant to the story, especially once she ends up possessed by a hostile alien intelligence. And while the idea of Thomas Brewster trying to be the Doctor has potential, once the Doctor shows up, that’s completely shoved to the side, and he stands around and gets corrected a lot.

“Interesting character who turns out to be pointless” also describes The Crimes of Thomas Brewster’s guest star, the redoubtable David Troughton as Raymond Gallagher, a London gangster threatened by this new Doctor character. He’s a pretty generic character, but David Troughton really makes him work. Except that once Part Three rolls around, he spends the entire story separated from everyone else, no-one else to talk to but a boring goon and some more insect things.

All the other characters here are pretty disposable and unforgettable, like the sergeant helping Menzies and the two random people who perform the ordinary-folks-in-jeopardy role. (Apparently one of them is going to become a companion, which is baffling. Had I not known that before listening, I doubt I’d have even remembered the character’s name.)

The story of The Crimes of Thomas Brewster is okay, a fairly average story of battles between two groups of aliens reaching the Earth. It feels, oddly, like not a lot actually happens. Things and people move along pretty linearly, with no real unexpected developments and all get lost in a technononsense conclusion. It does help that both groups of aliens are written pretty generically — one’s a hive mind and the other is a single-entity planet, and neither is interesting.

The main selling point of The Crimes of Thomas Brewster is that it features the return of two beloved characters and Thomas Brewster. But unfortunately, that’s about all it has on offer; who the characters are is nearly irrelevant to the plot, which is thin as is. That said, I was delighted at the return of DI Menzies nonetheless — she of course got all the best lines. More of her, please. Let’s see her become Big Finish’s Brigadier.