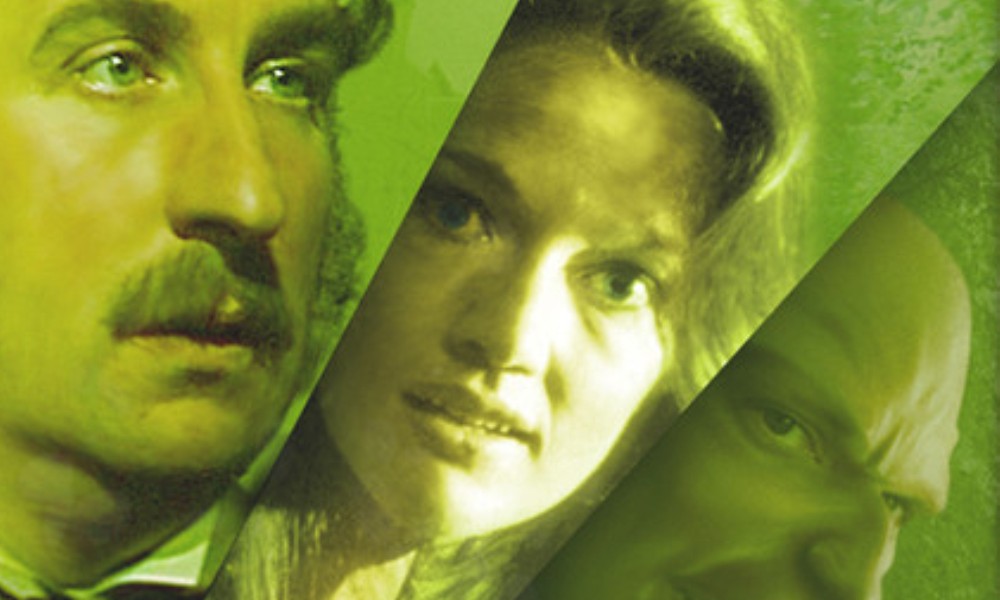 The extras CD contained in the Jago & Litefoot Series Three box set includes commentary about how there was a last-minute rewrite of this series. Unfortunately, it doesn’t work as well for the listener. While the characterisation is as charming as ever and the plots continue to be steeped in steampunkish Victoriana, the overall pacing is off. Really, really off over all four episodes.

Series One and Two had a clear villain who had been introduced in the final episode of the previous season (or, in the case of Series One, the previous Companion Chronicle). However, while the surprise ending of Series Two introduced a new character and a devilish situation, the actual antagonist wasn’t named. And while more than one name is bandied about in the first episode, it’s not until over half way through the series that we know who this box set’s baddie is (leaving the other putative protagonist to be introduced, as always, in the last few seconds of the final episode).

As before, Justin Richards kicks off the series, this time with Dead Men’s Tales. It begins with a recap of the previous season’s cliffhanger, with Jago, Litefoot, and Leela “taking tea before we save the world”. Although Leela explains that she is on a mission from Romana (thus tying Jago & Litefoot into Big Finish’s Gallifrey series), the setup is more Sapphire & Steel than Doctor Who. There are places in London where time has “worn thin”, but if different timelines actually touch, there will be catastrophe. Using Romana’s compass, Leela can locate places where time is being breached and it is up to our heroes and heroine to find and stop the root cause of the overlap.

In the liner notes, Richards talks about the challenges of juggling even more characters; in the interviews, he says he wanted to branch out and play with them, including “for no very good reason in terms of plot, going to the opera”. The problem is that all of this focus on personality comes at a huge price to the plot — although the “wet men” plotline was mentioned in Series Two’s The Ruthven Inheritance, they don’t actually show up until Track Seven of a ten-track episode. As fun as it is to take Leela to the opera, who wants to delay dealing with zombie sailors from the future?

Next up is Matthew Sweet’s The Man at the End of the Garden, a children’s tale a la Hitchcock. “Mr Jago, you said that Sergeant Quick was examining the wall. Well, he can’t be because he’s lying face-down at the end of the garden,” announces Clara, a little girl oddly unconcerned about the disappearance of her own mother and the odd actions of the jackdaws surrounding the house. With its non-linear storytelling, a plot intercut with recitations from a children’s story, the competing points of view of Jago, Litefoot, and Leela, and a resolution that requires little from our protagonists, this story has the feel of a unrelated script that has been forcefully pounded into the Jago & Litefoot template. It’s not that it’s a bad story… it’s just that I kept wondering what Jago, Litefoot, or Leela were adding to the plot. I think in the long run it would have been much stronger being the standalone story Sweet originally meant it to be.

Things finally start moving forward in John Dorney’s surreal Swan Song. Eventually. It starts with hints of a chrono-experiment going terribly wrong, which at least has finally explained the season setup. The biggest holes in time are at Jago’s beloved theatre, where huge temporal gaps are letting them actually speak to people in the future. The people in the future, though, don’t have time to celebrate the success of their chrono-machine before timeslips and panto characters from hell start making the phrase “dying onstage” a little more literal than usual. Like Series Two’s Theatre of Dreams, there is a lot of theatrical jargon, with added garnishes of ballet.

At least by the end we have finally figured out which of the randomly-dropped names belongs to this season’s villain. What we don’t know is how everyone gets out of the cliffhanger ending, because Andy Lane’s Chronoclasm picks up at a later point in time. In fact, the first four tracks are simply the characters talking about finding the guy who had been right in front of them gloating “I’m here to destroy the world!”

Things start picking up quite nicely when imposters show up; that was the most interesting part of the story to me, as I found the actual villain, once unmasked, to be two-dimensional at best. At first he seemed just to be evil for evil’s sake — the kind of baddie who always bores me — and while Lane reminds us all that he’s a better author than that, I found the ultimate motive still paper-thin and clichéd.

As before, there’s a surprise ending and the introduction of an unexpectedly familiar voice. Series Four is set to come out in March 2012; hopefully it will supply what feels like the missing half of this season’s driving force. And if it doesn’t, Jago & Litefoot is still so popular that Series Five is already available for preorder.

Doctor Who
by Linnea Dodson
2 Comments