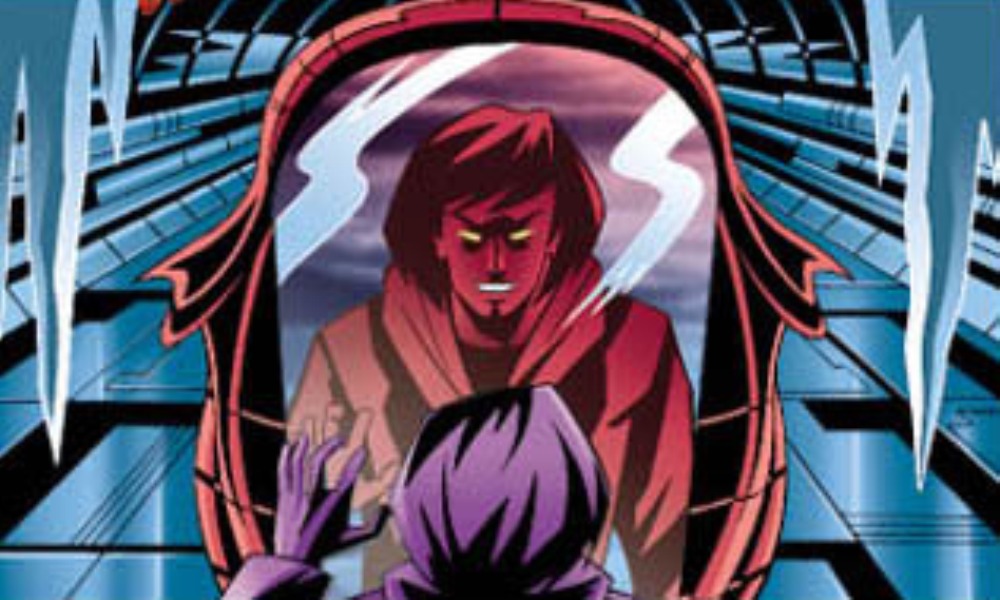 Okay, so I’m pretty sure I’m a full ten seasons behind on my Bernice Summerfield audio dramas (and even further behind on the books). I mean, Professor Bernice Summerfield and the Mirror Effect came out a whopping eight years ago. The problem with this is that not only do I already know some pretty key spoilers about this story (reading Simon Guerrier’s guide to Benny didn’t help), I even know key spoilers about stuff that comes after it. Because honestly, who’s going to avoid giving those away after that long?

This is a roundabout way of saying that I bet Stewart Sheargold’s The Mirror Effect was hella exciting on its initial release. But there’s no way for me to recapture that feeling eight years on. There’s not a dramatic revelation here I didn’t know what was coming, so the story has to succeed or fail on the basis of its own dramatic potential. How good does it do?

It’s pretty good. The most noteworthy thing about the story is that despite being the finale for the third season, it’s the first time the entire Benny cast appears all together: Lisa Bowerman as Benny, Miles Richardson as Irving Braxiatel, Stephen Fewell as Jason Kane, Harry Myers as Adrian Wall, and Stephen Wickham as Joseph the Porter. Woah! We’ve had two or even three or even four of them at once, but never all five, so bravo. The tradeoff is, of course, that there’s only one guest character, which means most of the drama must arise from within our regulars.

The gist of The Mirror Effect is that everyone has fallen through a mirror in the Braxiatel Collection and ended up on an abandoned mining station on a distant planet. Only… someone there says Benny has been there before. And they’re not the only thing that came through the mirror…

Most of The Mirror Effect depends on psychological drama between the characters: Benny has anxieties about being a mother, Jason and Adrian both love Benny, Adrian thinks he’s the obvious mate, Jason doesn’t have any faith in himself. A lot of this we’ve seen played out before, especially in The Green-Eyed Monsters earlier this season, but The Mirror Effect puts a suitably dark spin on it to stop it from feeling old hat. These characters have been through some messed-up things, and Sheargold’s script is all the better for actually acknowledging that and showing them as messed-up people.

The actors all rise to the occasion as usual. Bowerman is as good as always, and Fewell has impressed as Jason ever since Beyond the Sun. Myers seems to get better as Adrian every time, aided by the fact that Adrian feels more like a person than a growly thing since his debut in The Stone’s Lament.

David Darlington does sound design again. And does it brilliantly again. Claustrophobic and all those good things you want from the sounds in a tiny mining station beneath the surface of an ice planet.

The star of this story, though, is Miles Richardson as Irving Braxiatel. Brax has been in a few audios before, but he’s never really felt like a character, more just a person to give Bernice some cursory orders. So to get him to actually do character stuff here is a revelation. And how frightening it is… Richardson hits this out of the park, providing a perfect mix of paternalism, suaveness, and danger. I could listen to Brax’s silky tones all day, except that I’m afraid he’d do something rather dangerous to me.

There’s a lot to like about The Mirror Effect, I just feel like I should have liked it more than I did. But when you come to something eight years late, I suppose you’re just not going to be bowled over in surprise at the format or the revelations, and that’s a lot of what this story was banking on. Still, with The Plague Herds of Excelis, The Dance of the Dead, and The Mirror Effect, the third season of the Benny audios has ended quite, quite well.