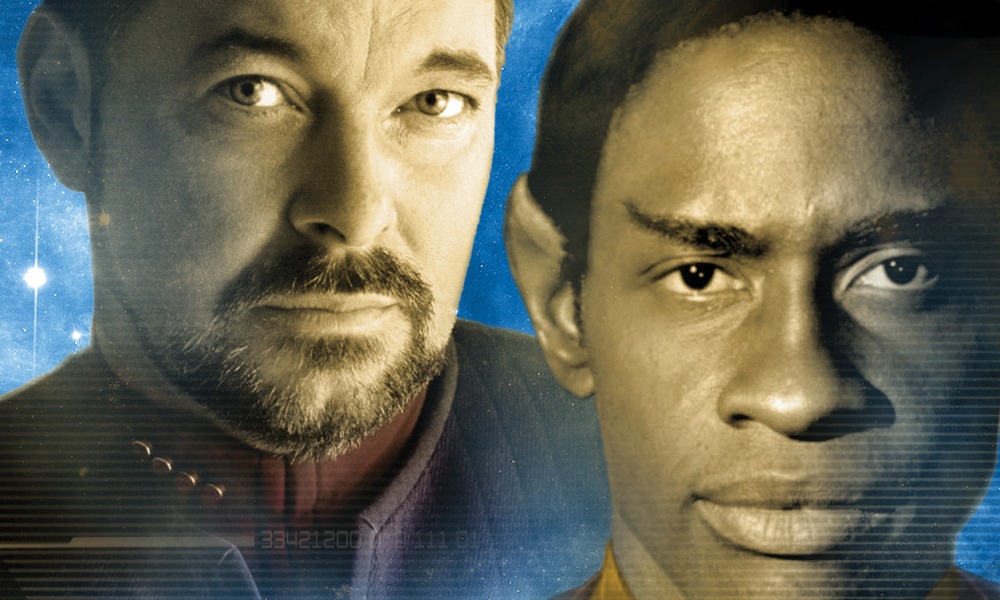 Seize the Fire, the second book in the Typhon Pact miniseries, was written by Michael A. Martin and features the U.S.S. Titan and its crew. When the Titan discovers a group of planets that seem to have been transformed by terraforming they set out to find out more about the technology responsible for it in the hope of finding a way to help the Federation heal the scars of the Borg invasion. But the Gorn Hegemony has also recently received a devastating blow – to its warrior caste’s chance of survival following the destruction of the breeding world – and managed to get to the terraforming ecosculptor before them. They now threaten to reshape an inhabited world to create a new breeding ground, leading to some tough decisions for Captain Riker, who has to balance the needs of the Federation, the safety of his own crew, and the Prime Directive ramifications of the situation.

I have been pretty critical of some of Michael A. Martin’s more recent novels (especially Kobayashi Maru with Andy Mangels, and The Needs of the Many), and while Seize the Fire still isn’t anywhere near some of his early collaborations with Mangels quality-wise, I see it as a step in the right direction. The novel still has its weaknesses, but overall Martin was able to maintain a solid quality over the course of the whole novel, whereas some of his other recent outings were scattershot collections of plot points varying greatly in quality. The story may not be overly original, but if a solidly-written iteration of a known plot is what is needed to get Michael A. Martin back on track, so be it. In the end many plot points in this novel go back to the ongoing themes of the Titan series: once again Riker faces a Prime Directive dilemma, once again we have the diversity theme (only this time from the point of view of a Gorn), and once again we have a moral dilemma for Riker to solve. As mentioned all of that isn’t really original for the most part, but is written well enough to not totally lose the reader, if s/he is willing to give Martin the chance to tell is spin on those points.

Getting into the characterisations, I really liked the species-building for the Gorn. Granted, I could have lived without the moustache-twirling ways of Gog’resssh and his group, but that’s overall a minor annoyance in a very solid piece of character work for our reptilian friends. The handling of the Titan characters, on the other hand, fell a bit flat. They’re adequate, but there just isn’t much new to learn about them for the reader in this novel. One thing I found strange is that now having his newborn son on board doesn’t seem to concern Riker in the slightest. I didn’t expect him to think about him all the time, but in the end the child is barely mentioned in the novel, and from the written text one could assume that it doesn’t play into Riker’s thought processes at all. Another thing that annoyed me was that the new “character” SecondGen White-Blue already seems to be altered at the end of the novel, although there barely anything was done for it up to this point.

If you go into this novel expecting a new, original, thought-provoking story you might be in for a disappointment, but if you’re just searching for a way to kill some time Seize the Fire should be a solid way to fulfill that requirement.

Seize the Fire (by Michael A. Martin) was released by Pocket Books in December 2010.