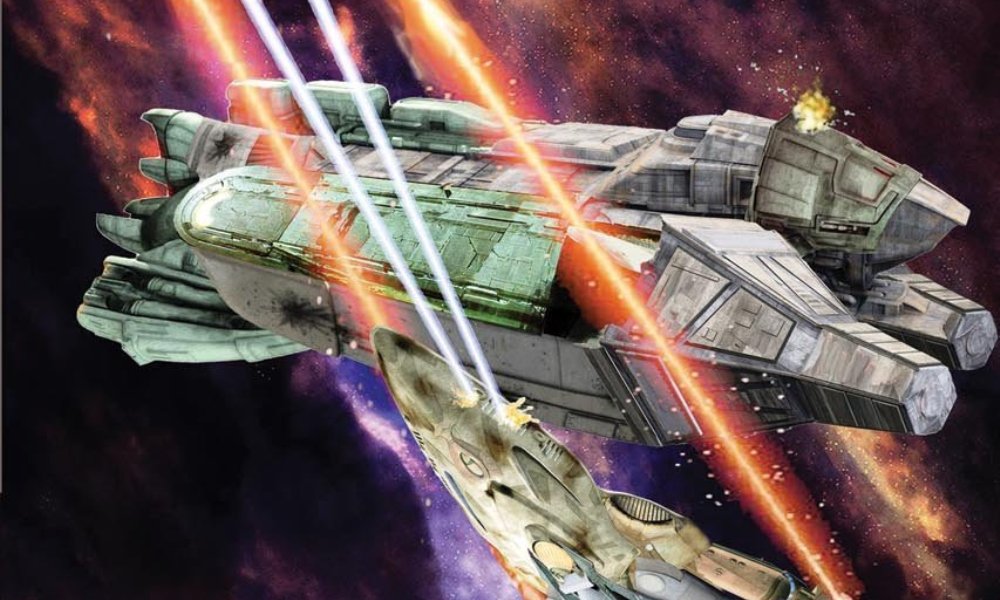 Crossed Paths, written by Aaron Rosenberg, is a novelette set in the Dread Remora part of the Scattered Earth universe. Set after the events of The Birth of the Dread Remora, Nate Demming and the crew of the Remora stumble upon a derelict ship that has obviously fallen victim to a vicious attack. When they start to inspect the ship they come under attack themselves, assuming they have found the attacker. But is that really the case or are other powers at work here, too?

Crossed Paths is a pretty straightforward story, showing the Remora and its crew after they have decided to stay in the ether and fulfill their mission. Parts of it are somewhat predictable and I wouldn’t have minded if Rosenberg had spent some more words to tell the story, but overall Crossed Paths is a well-written piece of science-fiction. One could argue that the story in the end doesn’t really bring the narrative surrounding the Remora forward much, but it reiterates to the reader what the Remora stands for and helps to stabilise the foundation of this part of the Scattered Earth universe.

The characterisations for the “regulars” (as much as you can talk about regulars after only two stories) are decent, but don’t really bring much new to the table for those who already know the characters from The Birth of the Dread Remora. The original characters are fleshed out well, though, and fulfill their roles without problems, so that I would say the characterisations are on a good level overall.

If I called the Birth of the Dread Remora an appetiser in my review of the novel, I guess you could call Crossed Paths an amuse-gueule. It’s a good way to get a feel for Aaron Rosenberg’s part of the Scattered Earth universe if you haven’t read The Birth of the Dread Remora yet, but for those already familiar with it probably is little more than a way to bridge the time until a new, longer work with the Remora and its crew. Overall another fun read, and definitely worth the price of admission.

Crossed Paths (by Aaron Rosenberg) was released by Crossroad Press in March 2011.