Professor Bernice Summerfield and the Dance of the Dead review 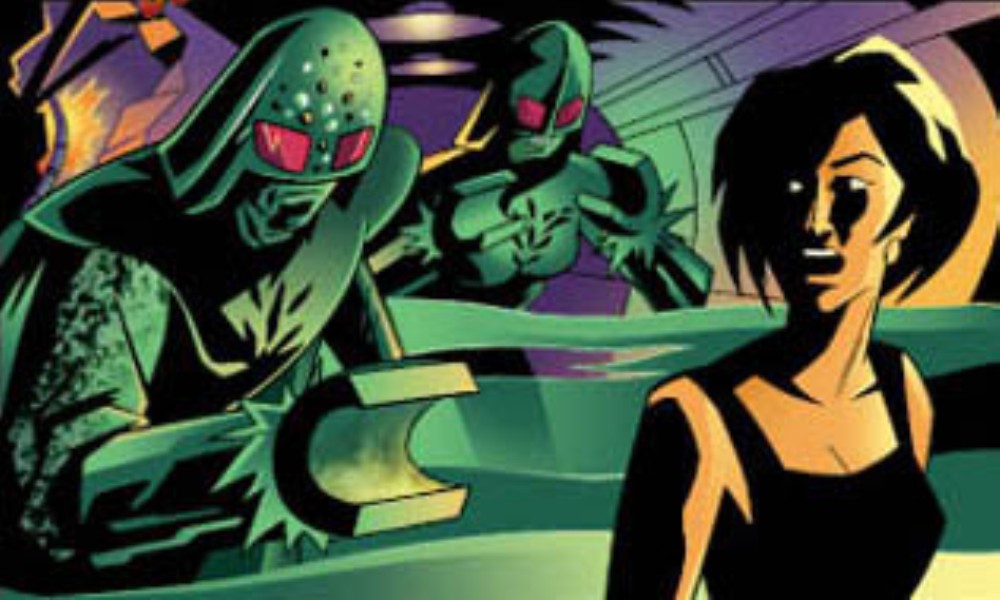 One suspects that the third season of the Professor Bernice Summerfield audio dramas was when sales began to flag. Or maybe it’s when Gary Russell and Jason Haigh-Ellery realised there never were any sales to begin with. Either way, it’s when monsters from the main Doctor Who universe first made their way into Benny’s world, beginning with Stephen Cole’s Professor Bernice Summerfield and the Dance of the Dead, which brings back everyone’s favorite Martians, the Ice Warriors.

The Dance of the Dead picks up right where the previous adventure, Cole’s The Plague Herds of Excelis, left off, with a very drunk Bernice having been smuggled aboard a passenger liner by Iris Wildthyme. There’s a few references to the plot of Plague Herds, and it even forms an important piece of motivation for one character; it’s nice to see that the line isn’t a set of complete standalones. The main story involves the liner being decimated by some kind of explosion, leaving only Benny, a steward, and two Ice Warriors left alive. But something is starting to exert its influence over Benny and Grand Marshall Sstac…

In some ways, The Dance of the Dead is probably a story you’ve heard before. A small cast on a doomed spaceship, it was done most memorably of late in Russell T Davies’s Voyage of the Damned if nowhere else. The subplot, about memories of doomed lovers resurfacing, also feels familiar. And yet, it all works quite well. This is a Benny audio where the small cast doesn’t feel contrived, where it actually works to the story’s advantage, keeping everything tight and claustrophobic. Is it Edward Salt’s direction? Stephen Cole’s writing? Lisa Bowerman (and company)’s acting? David Darlington’s sound design and music? All of the above, probably.

A lot of it’s probably due to the sound design. David Darlington always does a good job, and this is one of his best — all tense and atmospheric and nerve wracking. The subtle musical sound effect under the “flashback” scenes is probably half of what makes them work; they sound all eerie and spooky and such.

Lisa Bowerman, of course, knocks it out of the park as Bernice. Really, I should just write up a bit that says this and paste it into every review I write, because it bears repeating. As in The Stone’s Lament and The Extinction Event from Season Two, she’s called on to “double up”, but I think it works here the best, as she’s not playing a completely different character… just someone who’s gotten a bit muddled up with Benny.

To be honest, I was kinda dreading the return of the Ice Warriors, because Red Dawn, Deimos, and The Resurrection of Mars have all shown me that Big Finish’s Ice Warriors are a chore. To my surprise that wasn’t the case — Matthew Brehner’s Sstac is a vibrant, complex character, who is actually capable of saying lines of dialogue at a reasonable pace. His interplay with Benny is the highlight of the play, probably.

There’s a couple scenes near the end of The Dance of the Dead — when a rescue expedition comes for Benny and when Benny sets down to write a letter — that are absolutely fantastic. Tense, quiet, dramatic, and full of genuine emotion. Absorbing stuff. The Dance of the Dead is the highlight of the third season of the Benny audios.

Professor Bernice Summerfield and the Dance of the Dead (by Stephen Cole; starring Lisa Bowerman) was released by Big Finish Productions in October 2002.