Doctor Who: Thicker Than Water review 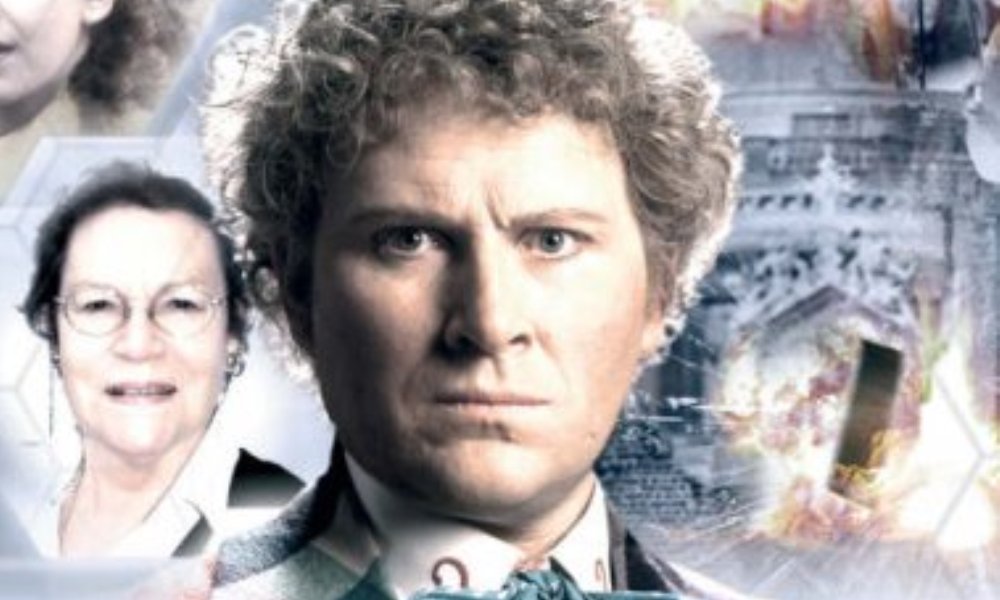 In his “producer’s notes” in the CD booklet for Thicker Than Water, Gary Russell seems very uncertain about doing a direct sequel to another Big Finish story — which is a bit odd, given that just the previous year, Big Finish had done Project: Lazarus as a direct sequel to Project: Twilight. But Thicker Than Water, by Paul Sutton, is indeed a sequel to the same author’s Arrangements for War, which saw the Doctor and Evelyn visiting the world of Világ, not to mention Evelyn falling in love with the dashing Governor Rossiter.

By the time of Thicker Than Water, the Doctor is travelling with Melanie Bush, Evelyn having long left his company, though that doesn’t stop him from mentioning her from time to time. (Thicker Than Water tells us he’s done it a lot, though we’ve never seen it, not even in Big Finish’s other Mel stories.) This time out, his reminiscences cause him to decided to actually go and take Mel to see Evelyn, who he left on Világ a few years ago. In the interim, Evelyn has married Rossiter and become embroiled in local politics.

Arrangements for War was an unusual Doctor Who story, in that despite including an alien invasion and all that malarkey, the plot was the emotional lives of the Doctor, Evelyn, and the guest characters. Thicker Than Water, however, is much more typical, with the emotional moments coming occasionally in a pretty typical Doctor Who plot about hostage situations and medical experiments gone horribly wrong. I absolutely loved Arrangements for War — it’s the most affecting Big Finish story I’ve ever heard — but Thicker Than Water doesn’t live up to the high standard set by its predecessor. There’s nothing wrong with it, but it has two standout emotional moments, whereas Arrangements for War was coated with them from end to end.

Which is a shame, as there’s a lot to work with here. When the Doctor left Evelyn on Világ, he did so somewhat perfunctorily, and he didn’t even show up to Evelyn and Rossiter’s wedding. She’s understandably upset, and he’s as awkward as ever. At the same time, Evelyn has been cured of the heart condition that’s plagued her since Project: Lazarus, but her mind’s starting to go instead, with migraines and bouts of irrational temper. And marrying a man with a grown daughter hasn’t proven easy, as Rossiter’s daughter Sofia resents this new woman  —and is her political enemy.

It’s all good stuff, but the level of emotion that might have been extracted from it isn’t quite good. For example, while Evelyn’s fears about growing old and staying childless formed much of the core of Arrangements for War, not much is done with her emotional outbursts or her difficult relationship with Sofia here, beyond what they contribute to the kidnapping/experiment plotline. And the problem with that plotline is that it’s pretty Doctor Who by-the-numbers, especially once you realize that given the limited cast size of any audio drama, there’s not exactly a surfeit of suspects.

As I alluded to earlier, though, there are still a couple standout emotional moments. The first of these are the scenes between the Doctor and Rossiter, as they become embroiled in their own adventure. They are the two most important men in Evelyn Smythe’s life, and Colin Baker and Gabriel Woolf really make these scenes work, as we hear how much each of them cares for her, despite the difficulties. The second scene is one that I can’t talk about with huge spoilers, but suffice it to say that it’s one of the best surprise cameos I’ve ever heard — even when the fact that Thicker Than Water came out six years ago meant I totally knew it was coming! As both of these scenes show, Thicker Than Water is a strong culmination to the ongoing relationship between the Doctor and Evelyn, even though its out-of-sequence release means that Big Finish has continued to do stories with the two of them for the past several years regardless.

That said, Evelyn herself is perhaps a little poorly done by, sidelined by both the plot and her medical condition, but still played as fantastically as always by Maggie Stables. It’s nice to hear her with Mel, though the relationship isn’t given as much emphasis as it might have been. Bonnie Langford does a good job, but her role in the story is pretty generic companion stuff.

The guest cast is fine — the surprise standout is Matt Dineen as Sofia’s loyal bodyguard Jenner, who does an excellent job with what could be a small part. (I was amused at the story’s assertion that he was in Arrangements for War but we just never heard him speak — on audio, you can do that!) Of course, the real standout performance is Gabriel Woolf’s return as Rossiter, now principal triumvir of Világ. It’s every bit the measured, quality performance he turned in during Arrangements for War, especially in his scenes with Maggie Stables. You really believe that these are two people in love.

The music and sound design are by good old ERS, so they’re fine but not fantastic. The music in particular is disappointing — I always find Andy Hardwick’s stuff generic and uninteresting, and Thicker Than Water is no exception. Especially after the amazing score of Arrangements for War, this one is just flat, and contributes to the lack of emotional depth in this adventure.

Taken on its own, Thicker Than Water is a fine adventure for the Doctor and Mel, and once you throw in the way it wraps up Evelyn’s character arc, it’s a good listen on the whole, with some great moments. As an Evelyn fan, I’ve ever so glad that this story exists. But as a follow-up to Arrangements for War, it can’t not disappoint. Like Snakedance did to Kinda, it takes the good ideas of its predecessor, but wraps them up in a more generic packaging.