Doctor Who: Arragements for War review 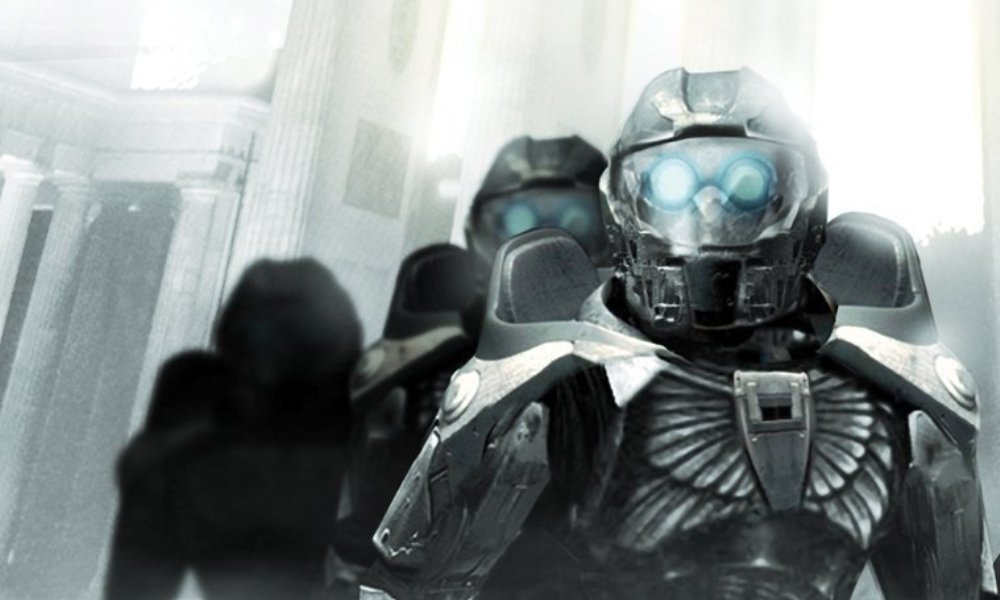 A dip into the Big Finish back catalogue brings us back to 2004’s Arrangements for War, by Paul Sutton. This story picks right up from the end of 2003’s Project: Lazarus and the harrowing events therein for the Doctor and Evelyn, who had to watch their friend Cassie be murdered by the villainous Nimrod. Project: Lazarus ends with Evelyn locking herself into her room, refusing to say anything to the Doctor, and Arrangements for War picks up almost immediately thereafter, as the Doctor tries to convince Evelyn that she really needs a trip to the Eye of Orion to recuperate emotionally. But Evelyn doesn’t want beautiful (Welsh) vistas, she wants to be with people who aren’t the Doctor, and so the TARDIS takes them to the planet Világ, which has just signed a peace treaty — so there’s no danger of the Doctor and Evelyn becoming involved in anything violent.

There’s one word I want to just keep on using time again in this review, and that’s “lovely.” Arrangements for War is a lovely story, with lovely performances, lovely acting, and lovely sound design.  It’s character driven, featuring the Doctor and Evelyn — and Colin Baker and Maggie Stables — at their best. Things don’t stay quite so simple as the Doctor might hope, of course, and his attempt to reassure a distraught young man, Corporal Reid, soon results in a major political incident that disrupts the TARDIS travellers’ planned vacation. But despite that, there’s not a lot of action in this story. Instead, the Doctor finds himself an advisor to Princess Krisztina, Reid’s beloved, who is obligated to marry a prince from an opposing nation to secure a lasting peace. Meanwhile, Evelyn has fallen in with Governor Rossiter, who is from a neutral nation in the conflict, and the two find their feelings for each other gradually increasing.

Arrangements is light on action, but not on plot, with the politics of the situation switching at the end of each episode. Sutton amplifies the drama by having a lot of time pass between each episode and filling in the gaps with excerpts from Világ news broadcasts (heavily featuring good old Gary Russell), which gives the story a very large canvass on which to draw its emotions. This gives the story a lot of time to develop the relationships that make up its core: the Doctor and Krisztina, the Doctor and Reid, Krisztina and Reid, Evelyn and Rossiter, and even though they’re in contact for very little of it, Evelyn and the Doctor.

The aftereffects of Project: Lazarus drive everything that happens in this story, as the Doctor has to confront that no-one can bounce back from tragedy right away and Evelyn has to learn how to process all the tragedy she’s seen — especially in light of her fatal heart condition that was revealed in Lazarus. The Doctor’s relationship with the two young lovers is well done and touching — it’s nice to see the Doctor being a mentor and a friend. In the other storyline, Evelyn gets a number of touching scenes with Rossiter about her past and her future; the revelations she makes feel very real and very painful.

With one exception, every character is well served by Sutton’s script, and every actor rises to the occasion with a strong performance. Colin Baker and Maggie Stables are always dependable, of course, but here they show the maximum that they’re capable of, with both actors managing to pull at your heartstrings with everything they’ve got. Their scenes apart are good, but their scenes together are what really succeed, both the painful awkward ones at the beginning, and the tender, sad ones at the end.

The guest cast is similarly strong. Katarina Olsson really impresses as Krisztina, turning what could be a simpering, one-note character into someone three-dimensional, real, and sympathetic. She’s done a number of Big Finish roles since this one, most notably the Headhunter in the New Eighth Doctor Adventures, but this is surely her best. Her counterpart, Lewis Rae, has not become as ubiquitous, but is nonetheless quite good, impressing from his very first scene, when he asks Krisztina if she’s ready to do what she has to do for her country.

When I recognised the voice of Philip Bretherton, I was both shocked and pleased — I know him as Alistair “Flash” Deacon, Geoffrey Palmer’s publisher in the (dare I say “lovely”?) comedy series As Time Goes By. Plenipotentiary Suskind is a world apart from that egotistical ladies’ man, a scheming politician who doesn’t want the political alliance to go forward. Yet Bretherton makes the character seem completely real and convincing without ever descending into caricature, no easy task. I always enjoyed Bretherton’s character in As Time Goes By, but that show had never led me to see the range evidenced here.

The standout guest star, however, is Gabriel Woolf as Governor Rossiter. Woolf is best known to Doctor Who fans as the voice of the villainous Sutekh in Pyramids of Mars, and given he also appeared in The Impossible Planet/The Satan Pit as the voice of Satan, he’s not an actor you think of in conjunction with “lovely” and romancing Evelyn Smythe. Yet Woolf turns in an excellent performance in what must surely be the most convincing companion romance Doctor Who has ever done — if I hadn’t heard any number of Evelyn audios after this one, it would be completely believable that she’d depart in this story. Rossiter is a weary idealistic politician who misses his wife and his daughter, but keeps on going through all the pain and loneliness, and Woolf sells every second of it.

Geoffrey Leesley as Paramount Minister Mortund is not bad, he just doesn’t have a lot of material to work with. He does a fairly good job with what he’s got, though. The only weak link is Kraig Thornber as Commander Pokol, who plays a seemingly motive-less psychopath, ill-served both by writing and performance.

Arrangements for War just has a lot of nice touches that come together to make it really work. Steve Foxon’s sound design and music excel throughout, really adding to the mood of the story yet never feeling obtrusive. One of the standouts of the range. I also would like to express my appreciation of the small reference to Professor Bernice Summerfield series — the alien race who promise to invade Világ are the Killorans, of which Bernice regular Adrian Wall is a member. But you don’t need to know that for either story to work; it adds a nice wrinkle to their depiction in both storylines. Continuity done right.

If there’s any complaint you can make, it’s that the Doctor is oddly powerless during a couple key moments, for a character who’s gimmick is finding a way when no-one else can. I prefer my Doctor to try brilliant ideas and still fail, rather than stand there helpless while terrible things happen. But it’s a small complaint, given how well these scenes work regardless.

I’ve never cried listening to a Big Finish Doctor Who audio. Not during Neverland, not during Scherzo, not during The Girl Who Never Was, not during Blue Forgotten Planet, not even during this month’s To the Death. I still haven’t, to be honest. But Arrangements for War is the closest I’ve ever come — while listening on my iPod to the last few scenes, I made my wife hold me until they were done. Thanks to the writing of Paul Sutton, the direction of Gary Russell, the performances of Colin Baker and Maggie Stables, and the sounds of Steven Foxon, these scenes had me completely within their emotional control. Everything about them worked. Even now I’m getting a little misty-eyed thinking about them.

I can’t believe that I skipped over Arrangements for War on its original release, and I’m quite glad that I recently decided to jump back and pick up some of the Evelyn audios I’d skipped the first time through. This is one of Big Finish’s most masterful productions in every regard, showing the real strengths of its characters, its stories, and its format. Lovely.

Arrangements for War (by Paul Sutton; starring Colin Baker, Maggie Stables) was released by Big Finish Productions in May 2004.