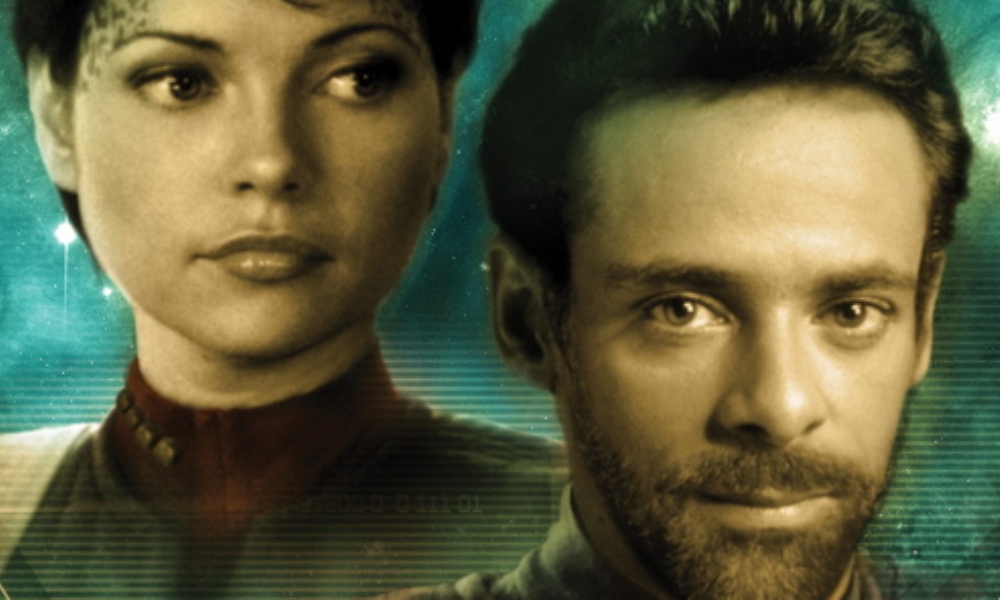 Zero Sum Game, the first in a four-book miniseries putting the spotlight on the members of the Typhon Pact, was written by David Mack and follows Doctor Julian Bashir and Sarina Douglas (from the Star Trek: Deep Space Nine episodes Statistical Probabilities and Chrysalis) on an undercover mission to the Breen homeworld, to prevent the Breen from figuring out and using the slipstream technology they’ve stolen from the Federation. Soon they learn the secrets behind the Breen’s face masks, and have to make tough decisions to fulfill their task.

Zero Sum Game is a well-written novel, no doubt about that, but in my opinion the reader has to accept one thing at face value from the start to really be able to appreciate it in the end: that Sarina Douglas is the love of Bashir’s life and he really believes that she is his soulmate. If you are not able to accept that with the little exposure she had on the show and in other novels, you probably will have a hard time accepting some of the things Bashir does in the later parts of the novel.

But let’s talk about the plot first. Zero Sum Game basically is a covert-ops infiltration story into Breen society, and works very well in that regard. It tells an interesting story, while providing a lot of world- and society-building for the Breen at the same time. David Mack’s interpretation of what the secrecy surrounding the Breen is all about is a logical and valid extrapolation of what is known about them. Of course it’s a somewhat “fortunate coincidence” that Bashir and Sarina get exposed by a dissenting Breen, but as it does a great deal to move the plot forward I’m willing to let it slide. There are some little things in the novel that I found to be hard to believe, like that the Breen would basically let the Ferengi install their economic system, but overall those are minor gripes about an otherwise good book.

Like I mentioned above, how you rate the characterisations in this novel depends somewhat on how you see the Bashir/Sarina relationship. If you just see her as a crush of the week for Bashir, you most likely will say that his characterisation here is off the mark, especially in the last few chapters of the novel. If you’re willing to believe that he’s truly in love with her and refrained from pursuing a relationship previously because he feared imposing himself on her, and her accepting because of the gratefulness she felt toward him, it is a wholly different tale. In my opinion Bashir always was a very emotional, romantic guy, and I can really see him scarifying some of his values for his “soulmate”. You could criticise that it all happens a bit too, fast and maybe a bit more stuff really showing the strength of the bond between the two would have benefited the novel, but in the end I’m willing to give David the benefit of the doubt here.

I have to admit there’s one character whose characterisation I found to be somewhat annoying: Ezri Dax. Maybe it’s just me, but I think her leadership skills are really lacking if you take this novel as an example, as she is arrogant and condescending toward her crew and her first officer in particular. It doesn’t help that Bowers himself is a somewhat bland character I guess, but I have to admit that because of this the Aventine parts of the novel were those I liked the least. The other characterisations (Sarina, the original characters) are very decent though, so that as a whole I would say that the character work is on a good level.

Overall Zero Sum Game is a good novel in my opinion, but I could understand if other people would disagree on that, since it takes some hard-to-swallow turns, especially in regards to the character of Julian Bashir.

Zero Sum Game (by David Mack) was released by Pocket Books in October 2010.