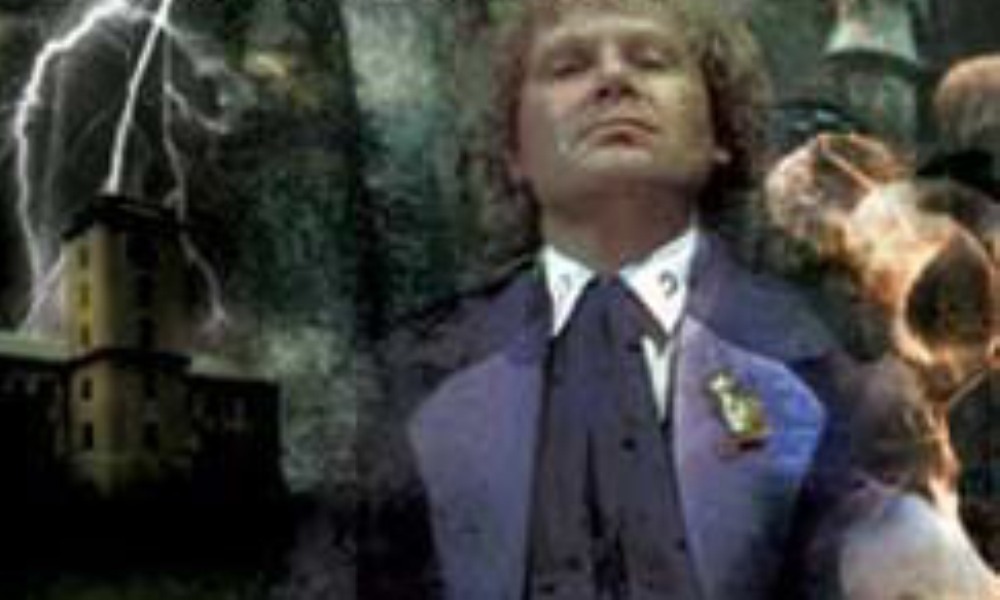 Project: Lazarus is really two stories under one title. The first CD is the sequel to 2001’s Project: Twilight. The second CD, in a story taking place several years later, is the sequel to the first.

The Doctor promised Evelyn that they would return someday to cure Cassie, who was last seen in Norway, where the Doctor had put her to deal with the vampirism forced upon her by Nimrod and the Forge. Now he has a cure, but the TARDIS refuses to land at the same time and place the Doctor left her. It drifts several years and a couple of countries out of the way. However, the Doctor does find her – her and a professor chasing legends of the Huldra, a beautiful troll that kills men. There is an alien vaguely fitting the description crashed in the area, someone else needing the Doctor’s help. But has the Forge given up on returning Cassie to the fold? And what is the secret that Evelyn has been hiding all along?

The cover art spoils the big surprise of the second CD – that it is a Seventh Doctor adventure instead of a Sixth Doctor one… or is it? When the Doctor goes to finally shut the Forge down once and for all, he discovers that it has an unexpected scientific advisor. How could this be? The Seventh Doctor doesn’t remember any of this having happened the first time…

It’s almost a pity that the two halves of Project: Lazarus can’t be sold separately. The first CD is only going to be of interest to people who really enjoyed Project: Twilight or are hardcore Evelyn fans. With the better part of a decade having passed and plenty of other classic and new Who material available, that’s going to be a limited and dwindling audience.

On the other hand, Doctor teamups are always interesting, and the second CD technically could function as a standalone story. Although it relies on characters previously introduced, all the listener really needs to know is that the Forge is bad, Nimrod is its enforcer, the Doctor has tangled with it before to the detriment of his friends, and the Forge is at war. That’s all we’ve known about many other adventures in audio or on TV.

But while the interaction of the Sixth and Seventh Doctors is inevitably entertaining (“I’m ashamed of you, Doctor, very, very ashamed.” “I’ll get over it.”) that’s just not reason enough to run right out and take this dusty trip down memory lane if you aren’t trying to fill in an old Big Finish storyline.