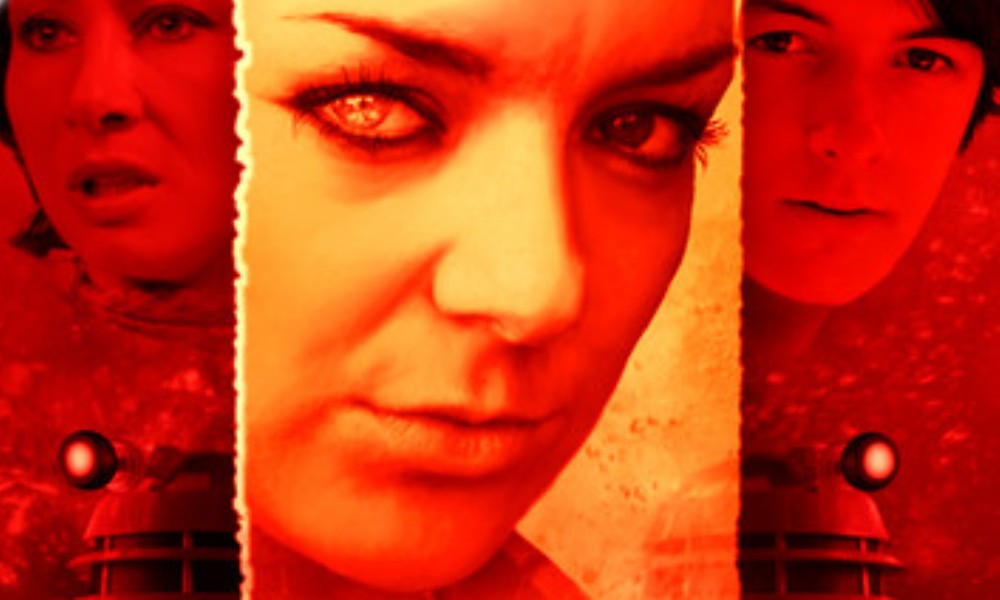 And so the fourth and final season of the Eighth Doctor’s adventures draws to a conclusion with Lucie Miller by Nicholas Briggs, the first half of the standard two-part finale. The title promises an above-average focus on everyone’s favourite companion, bringing back fond memories of Briggs’s similar use of this effective technique in the second season’s Sisters of the Flame.

And for the most part, Briggs delivers. You can’t go wrong with Lucie Miller, and Lucie Miller doesn’t go wrong with her, either. The episode is narrated by Lucie, still separated from the Doctor as she travels twenty-second century Earth with Alex Campbell, the Doctor’s great-grandson. Their fun is cut short when a mysterious space plague starts killing off the population, and as anyone who’s familiar with The Dalek Invasion of Earth soon realises (such as Alex’s mother, Susan), this is just a prelude to an all-out attack by a very familiar group of antagonists.

Briggs says in the extras that he wanted to keep the focus of the drama on Lucie herself, and so he decided to just recycle the Dalek plot from The Dalek Invasion of Earth over again just to keep things simple. While it’s one of his favourite Dalek stories, it’s one of my least favourite ones, but it works well in this new context all the same. The title of The Dalek Invasion of Earth is a misnomer, as the story begins ten years after the invasion, but Lucie Miller starts right in the thick of it, stopping the story from ever feeling like a retread. The plague especially is used to its utmost, as even our own Lucie falls victim to it. And things only get worse from there!

The play draws upon the recurring cast of the NEDAs fairly well, bringing in Lucie, Alex, Susan, Tamsin, and the Meddling Monk. I found myself comparing it not so much to The Dalek Invasion of Earth, but The Stolen Earth – there’s a lot of story beats that seem to come straight out of that episode, such as the Dalek broadcast to the panicking people of Earth, not to mention that the central element of both stories is the same: the Doctor’s friends must figure out how to fight the Daleks without him. But it works in Lucie Miller for the same reason it works in The Stolen Earth: this is a celebration and culmination of four years of stories. One only wishes a way could have been found to work in more recurring NEDA characters, like Lord Straxus, the Headhunter, Karen Coltrane, or even Aunty Pat.

At the same time that it feels epic, it’s also nice and personal, with a lot of emotional reactions and drama from Lucie, Alex, and Susan, especially. Jake McGann definitely puts in his best performance thus far, as Alex works to fight back against the Daleks when all hope seems to be lost, with the poor line-readings that crept into his performances in An Earthly Child and Relative Dimensions mostly absent. Carole Ann Ford is Susan, just as always, and her seemingly-naive faith in her grandfather is exploited to good effect here.

Best of all, though is Sheridan Smith as Lucie Miller. We’ve seen Lucie isolated from the Doctor before in Sisters of the Flame and Orbis, but this story does the best with it of any of them, truly showing what she’s made of – and how much the Doctor has meant to her. The rapport between her and Alex is nice, and she even gets to flirt with some side characters. Sheridan Smith has always been one of the leading lights of the NEDAs, and it’s great to see that reinforced here, in what is undoubtedly her swansong. The scene where she imagines what will happen when she sees the Doctor again is funny and heartbreaking all at once.

The only complaint I have about the handling of her character here isn’t really about Lucie Miller at all, but the season as a whole. Her return would be more impactful if it hadn’t just happened a few stories ago, and her acceptance of the Doctor’s actions in The Zygon Who Fell to Earth would feel more natural if she hadn’t spent two episodes palling around with the Doctor earlier this season. Though there are obvious plot reasons that The Resurrection of Mars and Relative Dimensions had to happen, they didn’t accomplish much in terms of character, and it feels like Lucie’s character was forced to tread water between Death in Blackpool and now.

Similarly, Tamsin might be back, but the thinness of her character in her few appearances means that the scenes between her and Niky Wardley lack any sort of oomph. She was never anything more than an arbitrarily-written cipher, and so her betrayal still doesn’t hold any meaning. Plus, being duped by the Monk of all people just makes her look like a moron. As for the Monk himself, Graeme Garden is on top form, and the character feels much more like the humorous schemer of The Time Meddler and The Book of Kells than the generic villain of The Resurrection of Mars, with a plot truly worthy of his talents.

The biggest complaint that I have about Lucie Miller is the cliffhanger, which is a completely ineffective fakeout. It’s a trick that’s been pulled before in the NEDAs and not worked then, either, though it also heightens the comparison to The Stolen Earth – to this story’s detriment. On the other hand, the scene after the trailer for next month’s To the Death was utterly chilling. Now that’s how to build up suspense for the next episode!

It’s been a long and occasionally bumpy road since Blood of the Daleks kicked off the new adventures of the Eighth Doctor over four years ago. But Lucie Miller has always been one of the range’s bright spots, and I can’t think of a better way to help draw the series to an end than with a story featuring her at her best. Let’s just hope that To the Death can maintain this level of quality. Also, something for the Doctor to do would be nice.