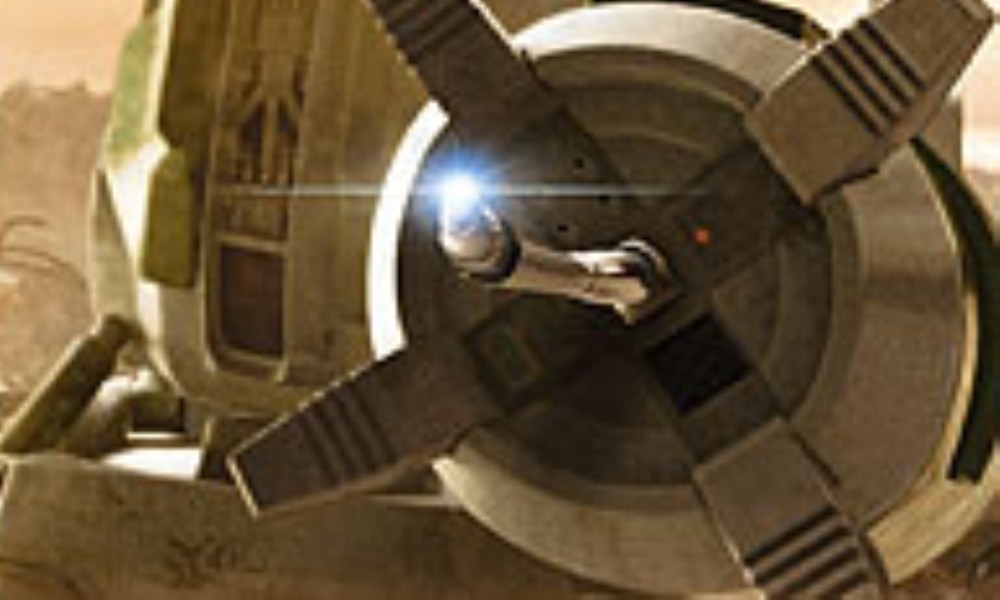 “How can data kill you?”

“If I’m right, anybody who knows that will be dead.”

On a planet full of discarded computer equipment, the Clinic and data pirates are jockeying for whatever valuable scraps they can find. The Clinic uses its scandroids to find old backup brainscans to be used for personality surgery while the pirates want anything they can sell. At least, that’s the official story. The Clinic’s leaders are looking for something more specific – the lost research of a scientist even they describe as a volatile, immoral egotist.

In the meantime, out in the mountains of junk, a scandroid is also looking for something specific. Impelled by the requirement to pass on newly found priority data, the scandroid begins roaming the area, trying to upload the message to humans… except that they all die before the information is received. So it does the next best thing and passes it on to other scandroids, along with the imperative to upload it to whomever they find.

From then on, I.D. becomes a blend of the basic elements of a siege story (survivors inside the clinic barricading themselves against their own scandroids), a plague story (with a computer virus standing in for a biological one) , and a conspiracy/archaeology story – just what is the data that the Clinic people have been looking for, and how is it related to this invasion? Each genre is popular on its own; together, they work beautifully.

This is the first of the Big Finish stories to be told in a three-and-one format and it’s overdue, considering how some Big Finish stories have been painfully padded and stretched to fit a strict two-hour schedule. I.D. is just the right length to keep from dragging or having vital scenes glossed over.

Besides, it makes a space for the delightful Urgent Calls. In contrast with the constant action and danger of I.D., this is a quiet little piece about dialling the wrong number. (This being Doctor Who, the ability to dial just the right wrong number is, of course, a harbinger of world-ending catastrophe.) But despite the Doctor’s warnings, there isn’t much of a feeling of imminent doom.

Yet this single episode is one of my favourite Big Finish stories. It’s charming and it displays something rarely seen on TV or heard in Big Finish – the Sixth Doctor’s gentler side. For all of his bombast, he is still The Doctor – a being of great compassion that Baker has had little opportunity to show.