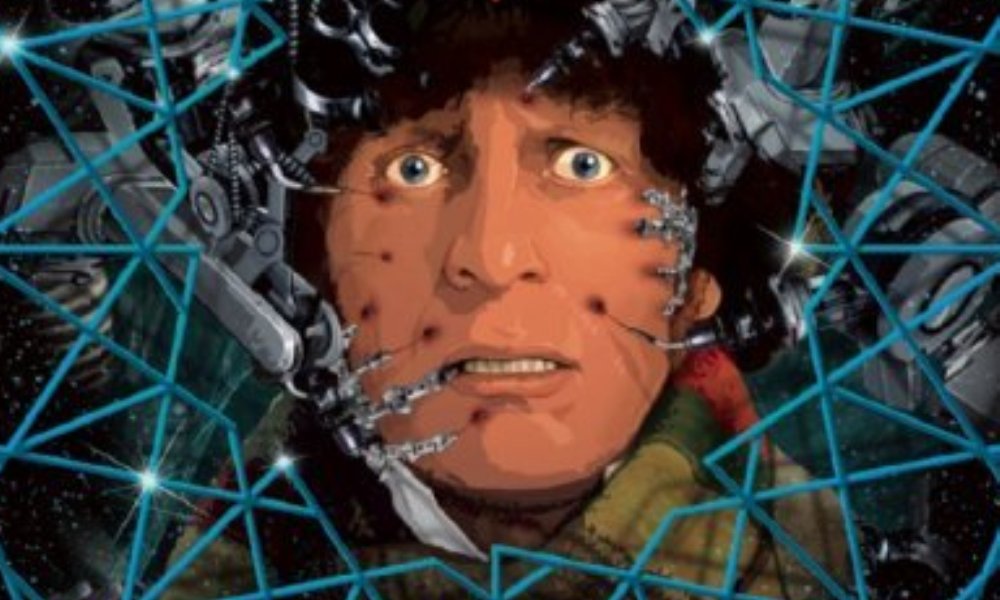 The Fourth Doctor continues to chase through time checking the artistic artefacts that include his image – documents that Mrs Wibbsey had traded the TARDIS’s special geometer for. The last of these artefacts is a comic book showing the whole group in Central Park, so it’s off to New York City circa 1976.

Starfall is the name of the heroine of the comic, and just as depicted, a mild-mannered secretary (a woman named Alice, who is helping a former Hollywood star tell her life story) touches a strange meteorite that instantly turns her into Starfall, a superpowered mutant capable of super breath, super hearing, flight, and immense strength. Despite the efforts of Yates, Mrs Wibbsey, and the Doctor, it seems as though all of the images in the book will be reenacted in real life.

Mrs Wibbsey is having more fun than she usually gets – she was always a huge fan of Alice’s employer Mimsey Loyne – and Alice is having the time of her life. But the Doctor is suddenly and strangely feeling ill, Mimsey is not best pleased that her mousy little secretary is now getting in all the newspapers (and in one of her own old costumes as well!) and Buddy – Alice’s boyfriend – is simultaneously thrilled about Miss Starfall and worried for Alice.

And all of that before the first body is found and the Doctor and Yates are arrested for murder.

Buddy is doing a fair amount of the narration in Starfall, and he does his best to make an audio sound like a potboiler comic book, including panel descriptions. Audio and visual aren’t two mediums that can entirely take each other’s place, though, so this is uneven. (Also, as an American, I have to point out that not everyone from New York sounds like they live in Brooklyn, and that all of America – particularly the original colony states and especially in July – was swamped with Bicentennial fever in 1976, something which gets no mention in this story. Magrs would have done better setting it a year earlier or later.)

But none of this will hinder enjoyment as the overall plot starts to gear up to the big climax. Starfall ends on a cliffhanger that will make listeners want to open Sepulchre immediately.

Things start quietly, back in Nest Cottage, or as quietly as they can with Mrs. Wibbsey missing, able only to contact the Doctor and Yates via a cryptic phone call pointing them to another alien artefact hidden in her bureau, one which can lead them to Sepulchre.

At first glance, the end of their journey seems to be a reproduction of a moldering English mansion. But the artwork is all wrong. Mrs Wibbsey, when they finally find her, is even more wrong, acting in a very odd manner. She tries to claim that it’s because she’s upset that they’ve taken so long to find her – but it’s going to take even longer to rescue her when the TARDIS disappears.

Finally, the Doctor is about to find out what this has all been in aid of. At first it seems that the demon they’ve been chasing is simply yet another baddie after the secrets of time and space, intending to drain them from the Doctor “in the last moments of his mortal life”, but it turns out that things have not been what they seemed at all. It’s time to meet the master that the demon has occasionally mentioned in previous adventures, and it’s a very familiar master indeed…

By telling this story in a linear manner, Magrs avoided the mistake of Hornets’ Nest, which was primarily composed of flashbacks with only one true cliffhanger. This new story has been full of twists and turns… but it turns out it’s not a new story after all. It’s the sequel to Hornets’ Nest and despite the vague exposition provided for new listeners, it’s not going to be easy for someone to come into Demon Quest cold and understand the grand finale… as presumably the people who pick up the next adventure heralded by the cliffhanger ending will need to have listened to Demon Quest by next Christmas when the next quintuplet is released.

Starfall and Sepulchre (by Paul Magrs; starring Tom Baker) were released by AudioGO in December 2010.