Doctor Who: Year of the Pig review 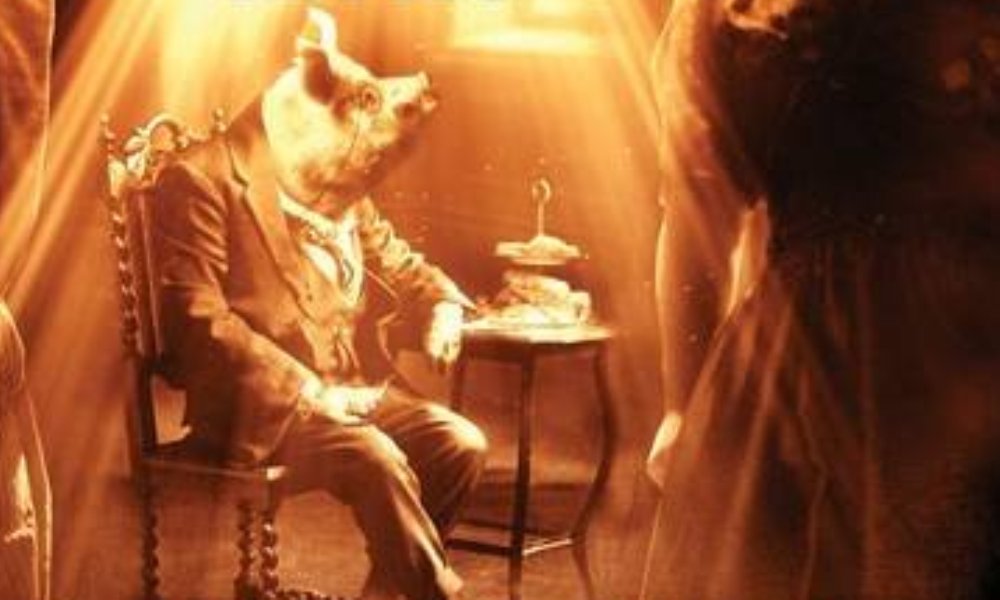 “Terribly important to eat well when you’re the last human being on Earth.”

Year of the Pig is not one to listen to when you’re on a diet. Food of all sorts is enumerated, discussed, ordered, and described in long, loving detail. Food of all sorts but one – Toby the Sapient Pig is not a cannibal. He is, however, convinced that humanity is about to come to an end.

Just because Toby is paranoid doesn’t mean people aren’t out to get him; there’s the bridal-monkey-toting Miss Alice Bultitude who has chased across half of Europe to add Toby to her collection of theatrical oddities and Inspector Chardalot who is convinced that Toby is a conspirator with a unique weapon. But the one that Toby fears the most is “the Doctor, come to stick me”. So much for the Doctor’s quiet vacation reading Proust on the beach!

It’s hard to describe the plot because action doesn’t really start until late in Episode Two, and it doesn’t gel into coherence until Episode Three… and that’s only for certain values of “coherence”. Until then it’s a tsunami of talk and take away.

Admittedly, there’s a certain fannish thrill in two of the voices; Blake’s 7 fans will recognise Michael Keating (Inspector Chardalot) while Martha’s mum Adjoa Andoh plays Toby’s faithful Nurse Albertine. They and the rest of the cast do what they can with the story, but in the end everyone is more caricature than character. Big Finish can do some brilliantly silly plots – The Kingmaker and The Doomwood Curse come to mind – but Year of the Pig tries to hard to be too cute. This one is only for completists. Otherwise, you can get much of the same effect and a stronger plot out of reading a cookbook.

Year of the Pig (by Matthew Sweet; starring Colin Baker, Nicola Bryant) was released by Big Finish Productions in December 2006.