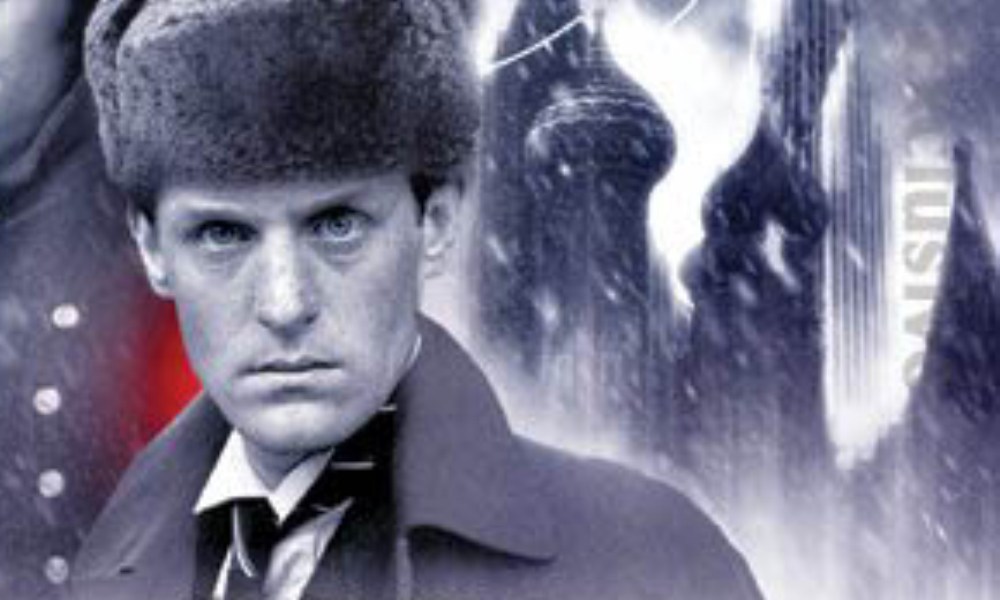 “If we don’t stop them, then humans will become gods and all of history will shatter like glass.”

When the TARDIS is pulled out of the vortex by a phase shift that drags it to Moscow, Turlough is equally displeased by the interruption of his nap and the return to a planet he despises. While walking around the city trying to find the source of the shift, both the Doctor and Turlough end up at the Somnus Foundation.

Outside, Turlough tries to help the frantic Lena, who is looking for her brother. She thinks Somnus is a cult which not only takes members’ money but their personalities – when Foundation members are blessed with their “true name”, they act like totally different people.

Inside, the Doctor is grilling the leaders about their view of humanity’s future. Their stated goal of “the awakening of mankind’s potential” sounds lovely, but the timeline they map out is not the one the Doctor knows must happen.

And far away from both travellers, the Great Qel assess Foundation members’ potential using words like “displacement” and “husk” and “compatible aura types”. If that isn’t sinister enough, Qel also recognises the TARDIS.

Singularity would have benefited from being one of the shorter stories inaugurated later in Big Finish’s run. As it is, it’s an excellent idea, but one that slows almost to a crawl to cover the two hours, mired in dialogue that doesn’t move things forward. By the end of Episode One, the majority of the plot line is already in place, and although there are surprises later on – Swallow can be counted on to take a unique point of view – the overall story plods straight toward the inevitable with all the speed and urgency of a local train.