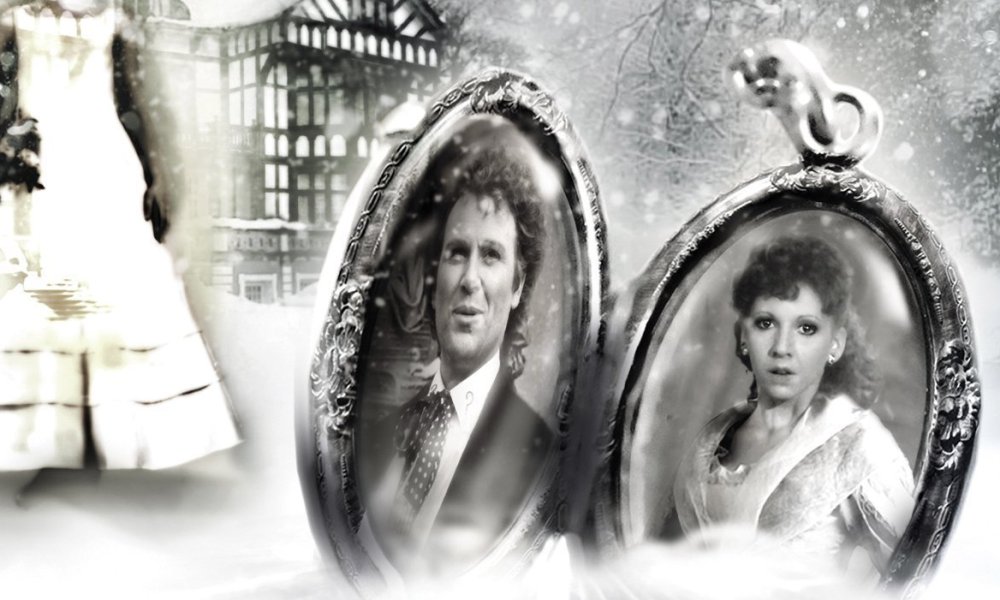 It’s the centenary of the National Foundation for Scientific Research, and Mel’s uncle has sent her an invitation to the party and burial of a time capsule. The Doctor’s keen to go somewhere “exciting, somewhere beautiful, somewhere we can mix with the greatest living scientists of your time”. (That time being December 2003.) But on the way the Doctor senses a kink in time, containing the pleas of a woman repeating “I’m trapped here”.

Uncle John lives in the top floor of the Foundation, which used to be the family home. While explaining family and Foundation history, he tells them that the house is haunted by a woman name Eleanor – a story that Mel dismisses, but the Doctor thinks may have something to do with the message he heard.

The actual burial of the time capsule isn’t of interest to Mel, so she heads back to the house for another look at the family’s history. She misses the moment when the burial of the real capsule is marred… by finding the capsule already in the hole. Uncle John and the Doctor bring the previously buried capsule back and start experimenting on it, right below where Mel is sitting, right next to the prototype, “unstable” time capsule. As they start work, Mel hears “I’m trapped” – and then she and the voice are gone. Mel wakes up in the 1780s; when she can’t remember her name, she’s given a new one. Eleanor.

Doctor Who is often at its best fusing science and gothic horror, but Catch-1782 unfortunately isn’t much of a ghost story. Big Finish has done far spookier plots. It has also done plots in which Mel is more proactive – once she is shoved into the role of Eleanor she becomes little more than the standard damsel in distress. Also, because we already know that Big Finish can’t contradict aired canon and we’ve seen how Mel leaves the show, there’s little suspense and the ending can be seen a mile off.

Catch-1782 is a decent listen for people who like wibbly-wobbly timey-wimey plots, but it isn’t a particularly strong entry for either horror or Mel fans.