The Scattered Earth: The Birth of the Dread Remora review 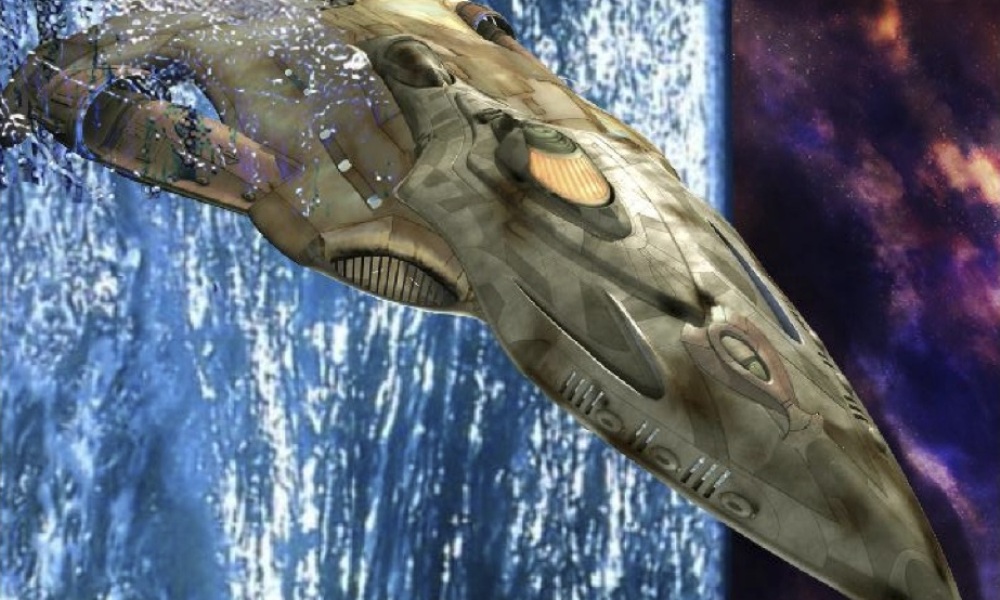 The Birth of the Dread Remora is the first eBook in the shared universe Scattered Earth, and marks tie-in veteran Aaron Rosenberg’s original fiction debut. When a strange light illuminates the sky of an underwater world, they send out the HMES Remora, their very first space ship, to investigate. Manned with their best young Royal Navy officers, the Remora brakes through the barrier into the “ether”. But the ether, or space, isn’t quite like the scientists said it would be, and soon they meet other space travellers. Will the Remora and its crew be able to master the challenges of space flight and fulfil their mission?

Writing the first book in what is planned to become a multi-author, multi-setting series is probably never the easiest of challenges a writer encounters during his or her career. And while Aaron Rosenberg was able to provide an engaging tale, it can’t be denied that there are some birth complications, if you’ll pardon the pun. Maybe my biggest gripe with the book is that it seldom really reads like a self-contained novel, but more like a set-up story for things to come. It doesn’t help that the ending of the book is pretty much given away in the promotional text for it.

But – and this is a relatively big but – once you accept the nature of this book and let yourself get sucked into the narrative, it’s a perfectly enjoyable, fun ride. The story progresses logically, if a bit hastily on occasions, and brings the Remora and its crew to a point in the end that should provide very interesting storytelling opportunities for the following stories. There are one or two minor continuity errors in The Birth of the Dread Remora which don’t really influence the overall quality of the novel, but do suck you out of the story for the moment. One example: a crew member was just sedated and secured in the brig, but in the very next scene the people responsible for that wonder if he will be on the bridge of the ship, although they should know where he is (and know it a short time later).

The characterisation is decent, but as a result of the focus on one particular crew member, Nathaniel Demming, from whose perspective the third person story is told, it’s a bit too one-sided for my liking. Several of the characters do show potential, but since you only see them through the eyes of Demming it’s a bit hard to really identify with them. I was surprised how much I actually liked the nautical feel of the story and behaviour of the characters, though, but I guess it just felt natural for sea-based lifeforms even in space, and not as forced as in some of Diane Carey’s Star Trek novels. As with the plot there are some minor things with the characters that, while not game-changing, made me do a double-take, like when the acting captain resigns and pretty much just disappears afterwards. Maybe it’s just me, but the way his character was developed beforehand, I have a hard time believing that he would remain still once he had calmed down and regrouped somewhat. But maybe that’s a loose ending planned to use in later instalments of the series, who knows?

Overall, The Birth of the Dread Remora is a bit of a rough diamond. It’s pretty obviously a valuable addition to your (eBook) library, but it’s equally obvious that it could be even more valuable with some extra polishing. As it is, the novel is a tasty appetiser for the meal to come, but on its own probably not enough to satisfy your hunger. Nonetheless definitely worth a look for fans of nautically-tinted science-fiction.

The Birth of the Dread Remora (by Aaron Rosenberg) will be released by Crossroad Press in February 2011.

An updated version of the eBook was released shortly after the review was written which corrected some errors, including ones mentioned in the above review. The updated version doesn’t really change my view on the story significantly, but little cosmetic changes – like the removal of the continuity error regarding the sedated and secured crew member I mentioned in the original review – do make the reading experience more smooth, as the instances where you as the reader were sucked out of the story by such mistakes a minimised. So if you’re a fan of science-fiction with a nautical feeling and haven’t checked out The Birth of the Dread Remora yet, now would be the best time to do so.