Doctor Who: The Reaping / The Gathering review 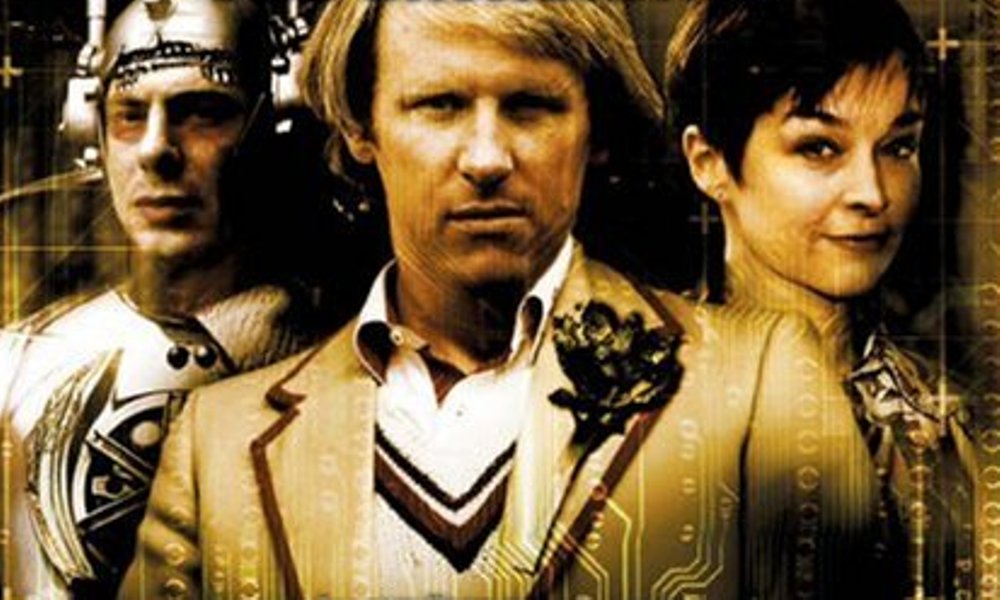 In 2004, Big Finish released The Harvest, a Seventh Doctor Cyberman adventure by Dan Abnett, introducing audio-only companion Hex. Two years later, Joseph Lidster retconned it into a trilogy with The Reaping and The Gathering, both released in September. He’s working backwards – in the liner notes for The Gathering, Lidster discusses his admiration for storylines that grow out of small actions, so he’s mining the past for decisions that could lead to Abnett’s story. In a show about time travel produced for a company with four versions of the same character on tap, there is plenty of past to mine.

The Reaping is technically a Sixth Doctor adventure, although in reality it’s mostly a Peri adventure. When the Doctor takes Peri to The Googlebox (where people can see everything that ever happened), she asks for news of home, only to find that her best friend’s father had been murdered four months after Peri stepped into the TARDIS. The Doctor refuses to change the past, but he will take her home to the funeral… where she isn’t very welcome after her long, unexplained absence.

Knowing that these stories are connected to The Harvest, it’s no surprise that the murder was done by someone with super strength and that the police holding the suspect all wear odd earpieces. But it’s the supposedly normal people who keep repeating “8687”. Peri’s experiences let her begin to put things together, but her mother and friends are too angry to listen to her.

Classic Doctor Who almost never dealt with the consequences of running off; companions tended to either never go home, have no home to return to, or get “reset” back to when they started. Lidster gives us a glimpse of what running off to see time and space does to the people left behind. It’s a point in Lidster’s favour that he takes such an unexplored angle. On the other hand, the plot is resolved in a rushed and abrupt manner to lead into The Gathering and to make sure that televised continuity isn’t changed.

Casting Claudia Christian as Peri’s mother was a lovely bit of stunt casting for those who loved her in Babylon 5. But the real casting coup was the return of Janet Fielding as Tegan in The Gathering.

Unfortunately, if you were depressed by Peri’s welcome home, get out the tissues because it’s nothing compared to what Lidster does to Tegan. (Fielding reputedly only agreed to do one audio – ever – at the time, so no wriggle room is left for a sequel.)

Although it’s a Fifth Doctor adventure, this story takes place 20 years after The Reaping. After the death of her family, Kathy Chambers (Peri’s best friend) emigrated to Australia to start over. Unfortunately, her new life’s work is trying to cure the incurable with cybertechnology. The Doctor is trying to interfere; although he’s in a different body, Kathy recognises him right away.

The dark plot gets some heavy-handed comic relief with Nicholas Briggs delivering exposition and a series of inside jokes, but that scene would have fit better in an overall sillier story. Here it’s almost jarring, or it would be if The Gathering wasn’t already fractured – an hour of plot stretched into two with multiple clips taken from The Reaping. Not only are they padding, they are redundant (while The Harvest and to some degree The Reaping stand alone, even with the clips The Gathering makes no sense out of context).

In the end, I find it hard to be satisfied with The Reaping and The Gathering, and not just because of my fondness for The Harvest (which ultimately isn’t tied in). Some plotlines never completely resolve (or more accurately, their resolution only brings on unanswered questions), while the overall point of both stories seems to be less about fighting Cybermen as opposed to making the companions as miserable as possible.

Fortunately for Janet Fielding fans, she changed her mind and has returned for several other Big Finish adventures set during the Nyssa-Tegan-Turlough years; one trilogy is already out and the next comes in the spring.