Professor Bernice Summerfield and the Greatest Shop in the Galaxy review 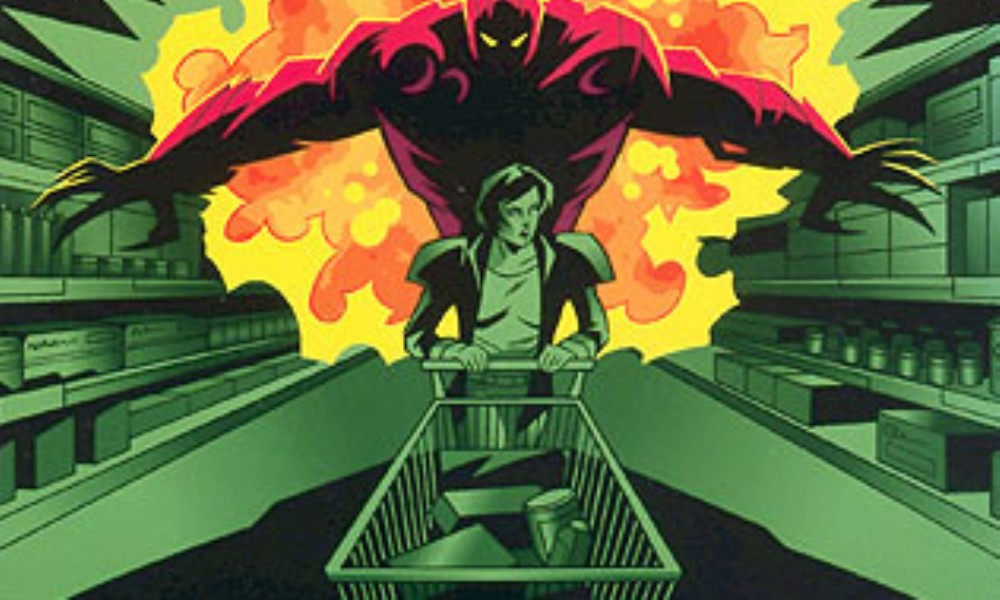 The premiere of the third season of the Professor Bernice Summerfield audio dramas sees everyone’s favourite archaeology professor headed to the Gigamarket to excavate some ancient latrines. And not to purchase shoes, oh no. If you think this is the beginning of numerous obvious jokes about how women love shoes so much you might be right.

Other than that, though, there’s a lot to like about The Greatest Shop in the Galaxy. No sooner does Benny reach the shoe section than they begin to transform into the cows they used to be made of. Something is wrong with time, and things only get worse from there, as Benny must run for her life from rampaging hordes of aliens while also fending off the unwanted advances of Keelor, the Gigamarket’s representative, and avoiding being slobbered on by Joggon, an alien businessman. The plot is somewhat simplistic – there’s an awful lot of running, and Benny doesn’t do much of her own deduction – but it’s entertaining enough. Some of the time travel conundrums were on the verge of feeling derivative to me, but there was just enough new wrinkles to spice them up a bit.

The play primarily succeeds on the basis of its performances. Lisa Bowerman is Benny, and there’s not much more I can say about her than that, and she does her best with the unfunny shoe bits, but really shines fending off Keelor. Keelor himself is played by David Benson (Panda in Iris Wildthyme), and the actor does an excellent job with the character, keeping him amusing despite his obnoxiousness. I also enjoyed Toby Longworth’s performance as the disgusting Joggon. A bit similar to Josiah W. Dogbolter in The Maltese Penguin, perhaps, but fun all the same. The Greatest Shop in the Galaxy also sees the debut of Stephen Wickham as Joseph the Porter, though he doesn’t do much more here than go “Boing!” at irregular intervals, thanks to a timing malfunction.

The problem with Greatest Shop (great title, by the way) is that it never feels important. There are numerous scenes of Benny and company fleeing the alien hordes, but they never feel tense. There’s a bit where a bomb’s going to go off and kill everyone involved, but you never feel like there’s any danger. The sound design and direction (by Steve Johnson and Alistair Lock, respectively) fail to add any dramatic energy to the occurrences.

Though The Greatest Shop in the Galaxy is enjoyable and diverting, it falls prey to the flaws of many of the stories in the second season, being just a little too lightweight for its own good. The drama’s not dramatic enough, and you can’t depend on the jokes if a lot of them aren’t actually funny.

Professor Bernice Summerfield and the Greatest Shop in the Galaxy (by Paul Ebbs; starring Lisa Bowerman) was released by Big Finish Productions in February 2002.