Doctor Who: The Four Doctors review 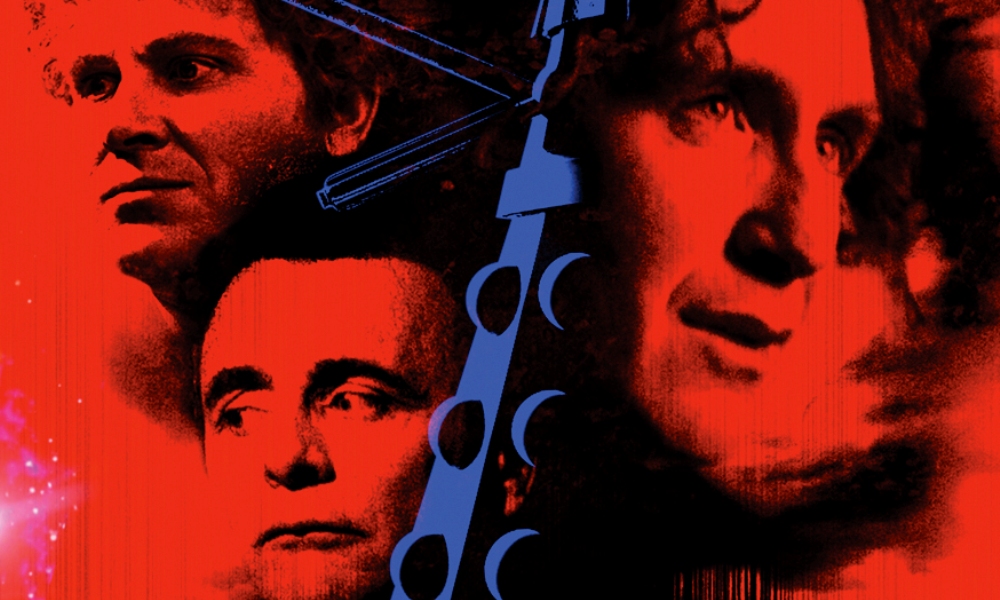 For many years now, Big Finish Productions has done a “subscriber exclusive” every year or so, a single-disc story that subscribers to the range get for free. This goes as far back as The Maltese Penguin being released alongside Neverland in 2002. This year’s is more exclusive than most; whereas others have become available for general release a year later, this one never will. Ever. And what story is worth such exclusivity? Why, The Four Doctors.

As Peter Anghelides points out in the liner notes, television has given us The Two Doctors, The Three Doctors, and The Five Doctors (and as he doesn’t point out, spin-offs have given us The One Doctor, The Eight Doctors, and The Infinity Doctors), leaving a natural gap to fill with The Four Doctors. And though Big Finish Productions has had four Doctors at its disposal since 2001, there’s never been a “proper” multi-Doctor story; Zagreus features all four actors, but they’re all playing different characters except for one scene. So it’s natural that there’s been some anticipation for this release. Myself, I was hoping for a fun romp featuring four incarnations of my favourite Time Lord.

That’s largely what I got. The story features the four Doctors fighting the Daleks across time and space. It begins when the Eighth Doctor materialises on a Jariden space station where the Fifth Doctor is trying to stop a dangerous temporal experiment – and the Daleks show up, complete with Jariden accomplice Colonel Ulrik, to steal something they want. But neither Ulrik nor the Daleks quite get what they bargained for…

Though The Four Doctors is a one-parter, what ensues is essentially four mini-episodes, each featuring one of the Doctors, Colonel Ulrik, and the Daleks. As a result, David Bamber’s Colonel Ulrik becomes the protagonist of the story, our only point of continuity between its disparate elements – and it is his decisions that drive some key elements. This works and it doesn’t. It’s effective later, when Ulrik comes to see the error of his ways, but he’s such a type in earlier parts of the story (the guy whose allied with the Daleks and doesn’t understand why it’s a bad idea) that he never convinces as a full character.

On the other hand, this means that the story feels somewhat light. With each mini-episode limited to 20 minutes, there’s not a lot of room for complexity in each of the individual tales. The Fifth and Eighth Doctors’ stories are largely temporal technobabble, and the Seventh’s doesn’t have much more than a cameo from Michael Faraday (discoverer of electromagnetic induction, fact fans) and running up and down stairs. The most successful is the Sixth Doctor’s, where we get our best glimpse of Ulrik as a character. The lightness of the individual plots, however, is made up for in the complex way they turn out to intertwine. A clever twist on the multi-Doctor concept.

Of course, the reason we’re all here is for the four Doctors, and none of them disappoint, turning in their typically strong performances. All of them have honed their audio acting skills and perfected their Doctors in their years with Big Finish Productions, and every one of them utilises that here. As is typical for Big Finish, Colin Baker gets the best material, and he shines as a result. The rest of the parts are pretty small, and no-one particularly stands out as good or bad. Oh, and Nicholas Briggs does his usual sterling job as the Daleks, though these Daleks seem somewhat dimmer than normal.

Steve Foxon’s sound-design is good, but his part-haunting, part-action score is great. And what’s very great is that the CD has a bonus track with a music suite from the story, a much-appreciated extra given it’s seven years since the last Big Finish soundtrack release.

The biggest disappointment to fans will probably be that the Doctors don’t get much in the way of scenes together (similar to The Sirens of Time, but not even that much). One might almost suggest that there’s more inter-Doctor dialogue in Zagreus than this! But perhaps the biggest regret here is that for the most part, this dialogue doesn’t really sparkle like Patrick Troughton and Jon Pertwee in The Three Doctors, or Peter Davison not knowing what to make of David Tennant in Time Crash. Admittedly, there was one line that gave me the biggest laugh of the play. (And the conceit in one encounter is pretty clever.)

For me the high benchmark of multi-Doctor stories will always be The Five Doctors, which has a good amount of inter-Doctor interaction and just plain out nostalgia, but doesn’t end up being boring (i.e. The Two Doctors) or flat-out awful (i.e. The Three Doctors). The Four Doctors is fun, but in an average way – it fills 80 minutes with a pretty disposable adventure. It’s perhaps not as great as it could be, but as long as there’s no Gell Guards in it, it could have been much worse.