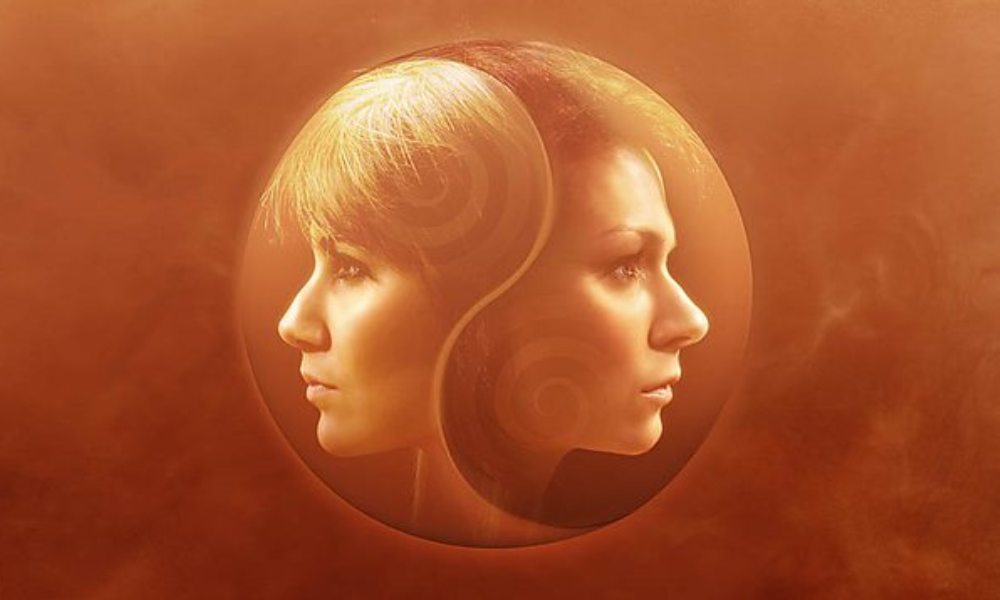 Abby and Zara were created by the mysterious Grace to help save the universe in the Doctor Who: Key 2 Time audios, then left to fend for themselves. Abby, the good sister, was heavily influenced by her travels with the Doctor, while Zara left a path of destruction in her wake. Able to travel anywhere in space or time at will, Zara eventually washed up on the Sphere, a rapidly growing conglomeration of hotels and casinos floating in space, only to find herself stuck there with her powers rapidly waning.

When Abby finally finds her, she is barely scraping by, using the last vestiges of her telepathy to influence the low-life con man on whom she depends for food and a place to stay. It doesn’t take long for Abby to be sucked in by the Sphere as well, but will her good-as-gold nature emerge unscathed? And what is the secret that Zara is hiding?

Graceless comes with a warning stating that it “contains some adult material and is not suitable for younger listeners”. Indeed, it is almost determinedly gritty in places, dealing with themes of both sex and violence. The world of the Sphere and the reality of Abby and Zara’s relationship with their “benefactor”, Marek, are enough to make a feminist cringe and gnash her teeth. The idea of women offering sex in exchange for security is certainly real enough in today’s world, and one could have a wonderful debate about whether it’s damaging or simply realistic to depict the idea that it will remain the status quo in a futuristic sci-fi setting. Regardless, the two-way manipulation between the main characters, Abby and Zara, and the supporting character, Marek, makes it difficult to like any of them, particularly when the sleazy music playing in the background sounds like it was pulled straight from the sort of DVD that comes through the post in a plain brown wrapper.

Fortunately, if you need likeability, there’s David Warner. Always a joy to listen to, Warner wears a couple of different hats in Graceless, and wears them with considerable style. As the enlightened law officer in the early twentieth century town of Compton, he is well worth the price of admission, especially when paired with Patricia Brake as the local pub owner, Nan. Indeed, the acting throughout is quite good, and except for the aforementioned unfortunate music choice, sound production is above average.

There are many things to like about Graceless. There are also a couple of things that send a rather unsettling message about the relationships between men and women. It would be interesting to get a snapshot of the demographics of listeners, but, regardless, Simon Guerrier has raised some interesting points for discussion of sexual politics in science-fiction, while also penning a well-plotted trifecta of linked stories.