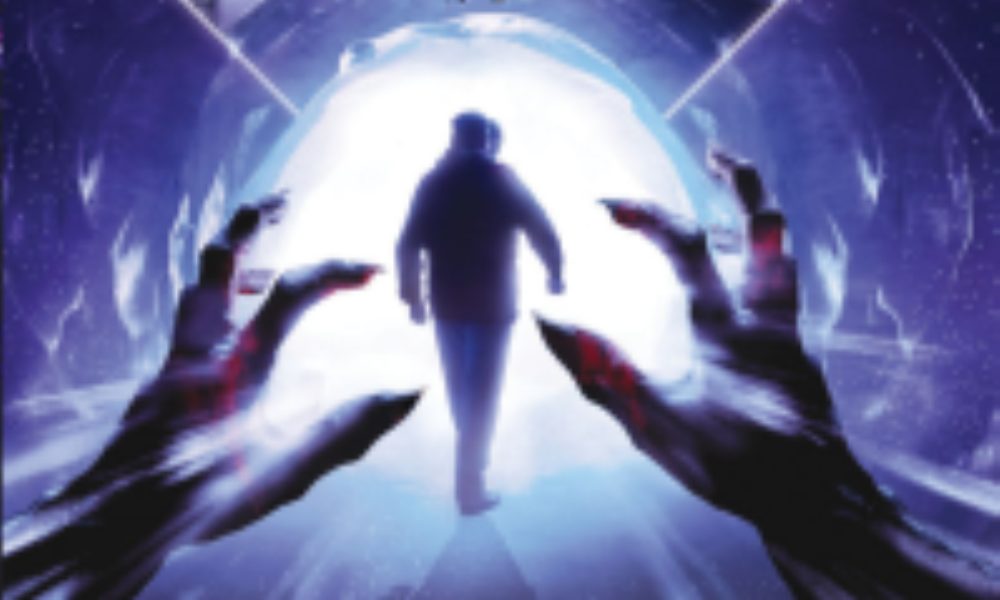 With a mysteriously appearing Alaskan island, an expedition seeking the hidden Lurkers, and a mild-mannered author that everyone describes as the most dangerous man alive, Lurkers at Sunlight’s Edge has all the hallmarks of a classic Hinchcliffe-era Who yarn.

At the beginning of the story, the Seventh Doctor and his companions arrive in the frigid Arctic tundra, much to Ace and Hex’s distaste. It doesn’t take long, however, before the trio are drawn into a tangled web of madness, murder, and intrigue centred around an isolated lunatic asylum… and the mild-mannered C.P. Doveday, former pulp horror writer and current purveyor of saccharin, inoffensive poetry. Why is the island, which appeared from nowhere a few years earlier, littered with technology so alien that it doesn’t even belong in this plane of reality? Why is the leader of the expedition exploring this technology so driven? And why is everyone on the island so concerned with keeping C.P. Doveday calm and happy? The answer leads to a head-on collision of two genres: science-fiction and… well, if I told you what the other one was, it would spoil the surprise. Sorry.

After last month’s timeline-hopping and highly emotional offering A Death in the Family, Lurkers at Sunlight’s Edge is very much a classic Doctor Who story, and a well-done one, at that. The guest actors give really nice performances, the plot of the story is well thought out, and the American accents are (gasp!) just fine, for the most part. While this story is not nearly as character-driven as other recent releases, both Ace and Hex get some interesting opportunities for character growth, as we see – or hear, actually – sides of them that we don’t normally get to. Sophie Aldred and Philip Olivier always seem to do best when the writers let them stretch a bit, so they’re on top form here. Likewise, the script plays to Sylvester McCoy’s strengths, and there’s a droll little scene about the unforseen pitfalls of wearing a straitjacket that is the very essence of the Seventh Doctor.

Marty Ross has penned a truly horrifying climax in this story, and an ending with no easy answers, proving that just because a story is classic Who, that doesn’t mean it’s simplistic or cliched. Lurkers at Sunlight’s Edge is not experimental; it’s not cutting edge. But it is a very enjoyable way to spend a couple of hours.