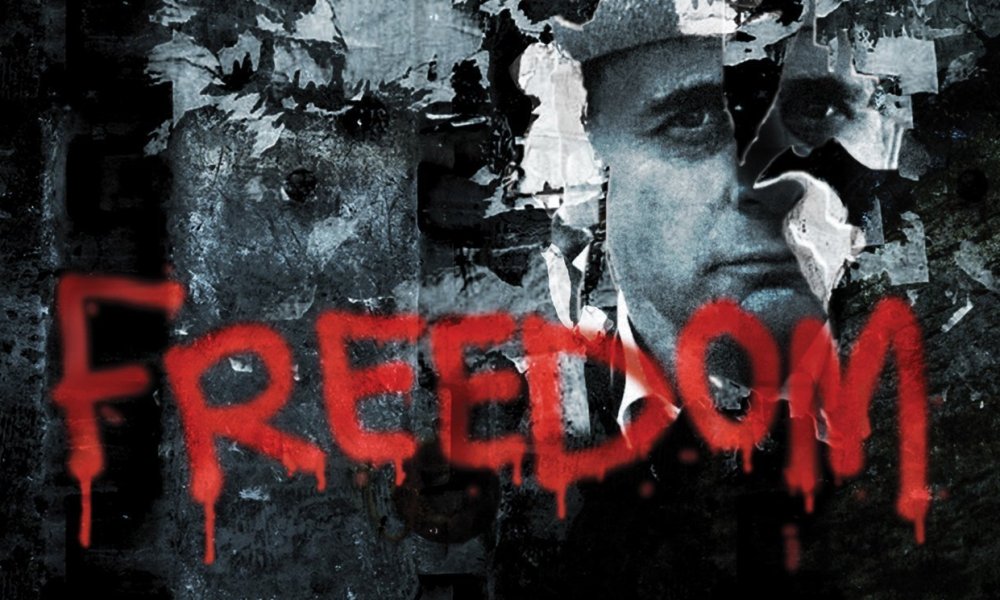 “Beneath the surface this is a sad and dangerous place, where people disappear, rumour has replaced fact, and the government can do pretty much whatever it likes in the name of security.”

Live 34 is extremely unusual in the Big Finish range. The result of an open call for scripts, it doesn’t rely on a single alien, time shift, battle, mad scientist, or historical event. The usual main characters, the Doctor and his companions, spend much of the time offstage; the story is told entirely through radio broadcasts and mostly carried by the news personnel reporting in.

Live 34 is also one of the single most terrifying stories in the Big Finish range.

Part of my reaction lies in my nationality – although set on The Forty-Ninth Colony (whose founders’ lack of imagination extends to enumerating their cities and alphabetising their districts rather than naming them), it’s hard to avoid thinking of America in the months after the 9/11 terrorist attack when listening. The parallel is hammered home when Premier Jaeger bluntly announces over the airwaves “You’re either with us or against us” and the people speak out against the immigrants who are naturally to blame for anything that goes wrong. But that is what makes it so frightening – the sheer plausible normality of the storyline. This could be anywhere. This could be anywhen. And none of us can get away by hiding behind the couch.

News Radio Live 34 has been covering the series of terrorist bombings through the several weeks they have been happening. Although most of these have taken place in government offices after working hours, security forces insist there have been several casualties, even though no bodies or even names have been released. The Freedom and Democracy Party – the people trying to force the elections Premier Jaeger suspended five years ago until political turmoil settled – denies responsibility.

Questions about fatalities end the night Charlotte Singh interviews the newest head of that party, Resident Doctor, who stepped in after the sudden and suspicious death of his predecessor. While they are talking, a bomb blows right behind them in a crowded factory. With direct witnesses, there are no more questions about the body count, although the new FDP leader swears that it had nothing to do with his opposition party… a message hard to sell with the listeners hearing the cries from the shattered factory.

Another one denouncing that bombing is the so-called Rebel Queen, interviewed by intrepid reporter Ryan Wareing. Although she cheerfully admits blowing up empty buildings to make a point, she denies any attempt to hurt people – something she hopes this edition of Wareing’s World will explain. The rot goes deeper than a political solution, according to her – but nobody will know how deep the problem is until the government-enforced embargo on information is lifted. She hopes to have found the proof she needs in the rubble of the first few bombings.

Or has Wareing fallen for a sob story and a pretty face? Is it all just propaganda attempting to topple the duly (if dustily) elected government, as Premiere Jaeger insists? What is really happening in the colony, and who is to blame for it? We have only the newscasters to tell us – and we can only hope that what they are telling us is true.