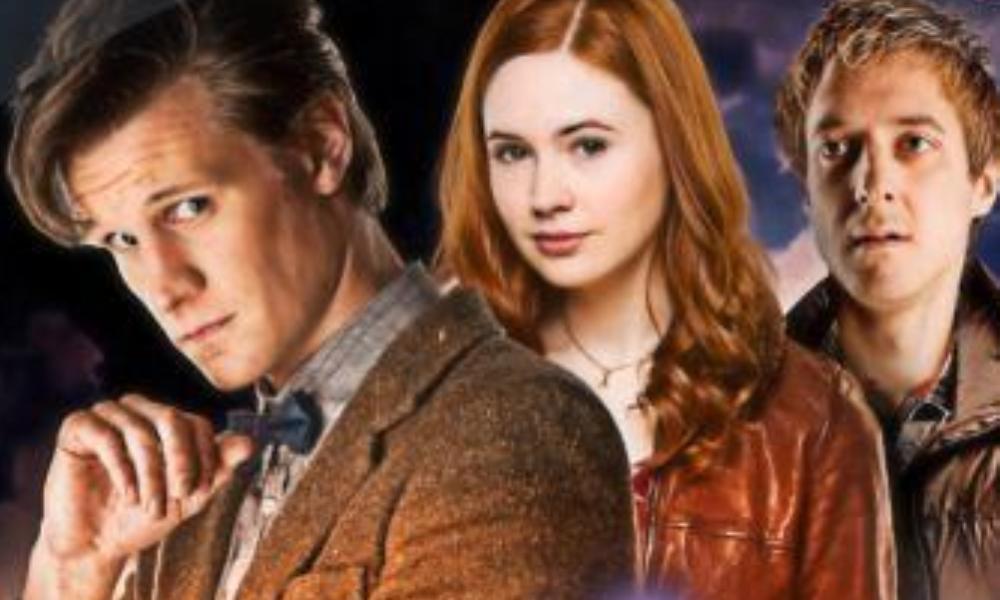 Nuclear Time, part of the second batch of Eleventh Doctor New Series Adventures, released in July 2010, is written by Oli Smith and takes place in Colorado in the year 1981. The TARDIS lands in a small, peaceful place in the desert, but as usual when the Doctor is around not all is as it seems. When Amy and Rory split from the Doctor, both find out separately that the townspeople are androids created by a scientist for the US army. But that revelation is only the beginning, since the fun only really starts when the Doctor tries to stop a nuclear bomb – dropped by the army to get rid of the androids – from detonating at the time of impact.

In my opinion, Nuclear Time could have ended in a disaster, because Oli Smith took a huge gamble when he decided to tell parts of the story backwards. Not every author can pull that off and still tell a tale readers can follow relatively easily, but he did it here. I have to admit that at first I thought this would become just a simple the-Doctor-versus-androids story, but actually Nuclear Time is pretty much the deepest of the Eleventh Doctor novels, and not only because of the Doctor-living-backwards concept. It’s mostly because of the way Smith ties together different threads without the book losing its coherence: we have the Doctor trying to stop the bomb, Amy/Rory fighting off the androids, and a short, yet surprisingly three-dimensional character arc for the original character Albert. The explanations behind the “science” here are still timey-wimey stuff from a real-world perspective, but you actually can buy it as reasonable within the Doctor Who universe and that’s an effort I haven’t always seen made in the TV show, so I appreciate what Smith has done here.

The characterisations are on a very good level, too. While I would still say that Una McCormack had the best characterisations for the show’s regulars in her The King’s Dragon, Oli Smith isn’t too far behind in that regard. I especially liked the scenes with Rory and Amy alone – their banter felt very true to the show and brought a smile to my face – but the Doctor gets some very nice scenes, too, like meeting himself. As mentioned above, the original character Albert gets some nice character work, as does Colonel Redvers – maybe not to the same degree as Albert, but he is certainly more than a filler character, too. Presenting the readers with a reason to care about the original charcters by giving them a backstory is always a good idea, and Smith is very successful in that regard.

Overall Nuclear Time is tied with The King’s Dragon for my favourite Eleventh Doctor novel so far (I still have to read The Glamour Chase). It offers a very well-written, thought-through story, very enjoyable characterisations of the Doctor, Amy and Rory, and engaging original characters. I certainly wouldn’t mind reading some more from Oli Smith in the future.

Nuclear Time (by Oli Smith) was released by BBC Books in July 2010.