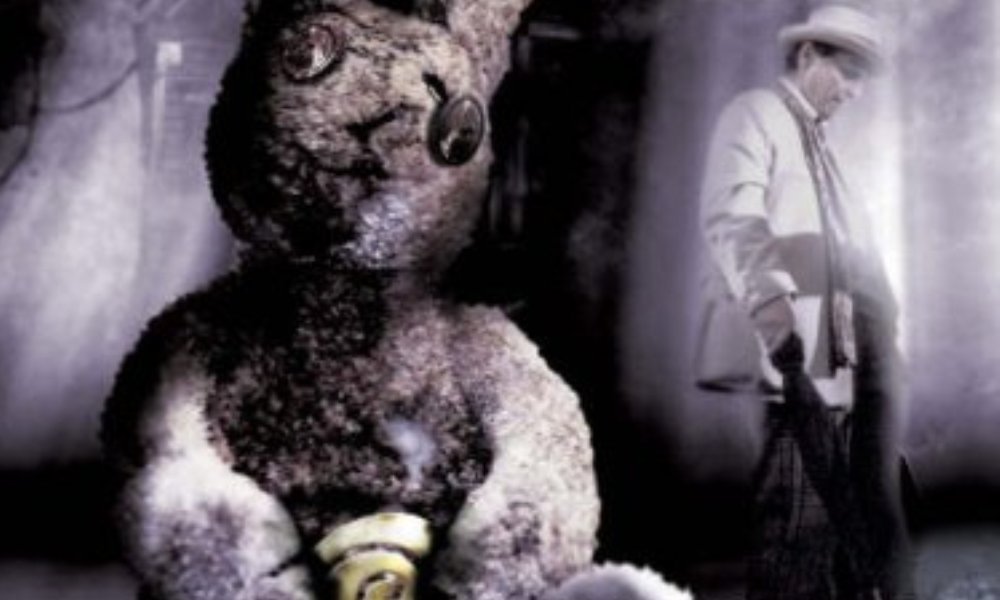 “They can be terrible things, night thoughts.”

It’s a bit tempting to say that the Doctor’s pretentious statement sums up the entire story, but that would be cruel. Night Thoughts isn’t completely terrible. It just isn’t particularly good either.

At first, it’s an extremely promising take on the sort of gothic horror that Doctor Who does so very well. The Doctor lands at night by a lake into which Ace promptly falls, insisting all the while that she was trying to reach someone slipping below the surface. To warm her up again (and, of course, to figure out what is going on) Hex and the Doctor take her to the only house in the area, a mansion in which a team of academics are working on some vaguely defined research project. As they talk with each other, the Doctor, and his companions, little hints are slipped that each person there has a dark secret they are trying to hide. Is it their own past? Or something in the work that they are doing together?

And then writer Edward Young illustrates the fatal flaw with his plot, because right when the foundation has been so nicely laid, he puts too much weight on it. There isn’t just a murder in a locked mansion – plot enough for many a story. No, the corpse has to be mutilated after death. And then disappear. It’s indicative of the kind of overkill that the story (as well as the cast) is subject to. For instance, the maid isn’t just a servant having trouble fitting in with her employers. She’s an orphan, she occasionally talks in a horrible voice through Happy the seriously-misnamed stuffed rabbit, and her only relic of her mother is a cassette tape of the world’s worst message to leave a kid. (I wondered for a moment if this was an attempt to outdo Dark Shadows.)

The whole thing bogs down, dragging your disbelief with it, as the narrative sinks from horror to melodrama to particularly predictable soap opera.

Worse, the story spins on a plot point that directly contradicts established Whovian canon. Admittedly, Doctor Who itself isn’t known for particular loyalty to previous plot points, but certain facts and premises have been consistent throughout the entire run… except when needed to wrap up Night Thoughts. Then they go right out the window in a burst of unconvincing technobabble.

Big Finish can do some really shivery, evocative, ghost stories. But Night Thoughts, for all its effort, isn’t one of them.