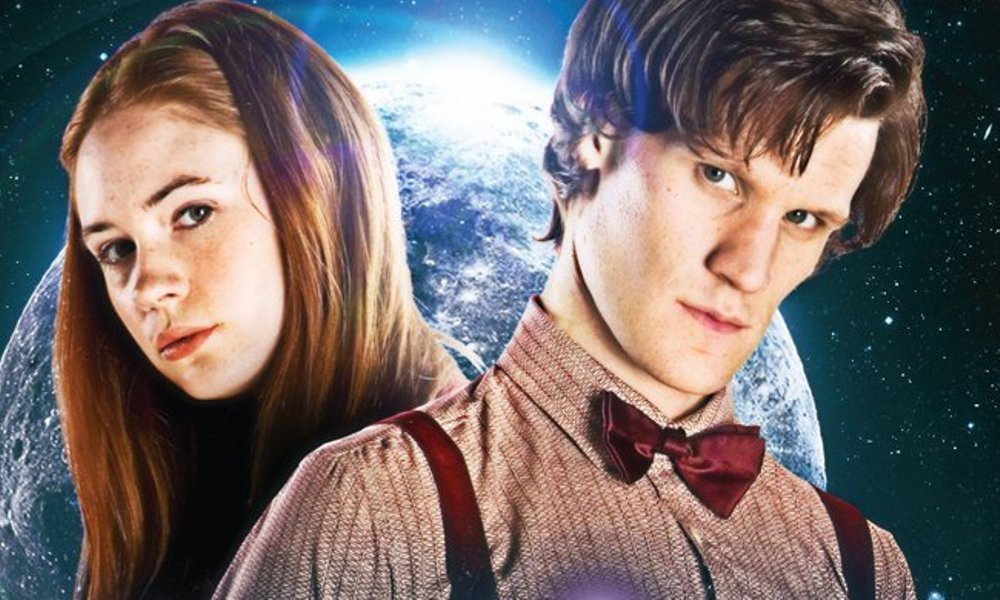 Apollo 23, written by Justin Richards, is part of the first trio of Eleventh Doctor New Series Adventures. In it, the Doctor and his companion Amy Pond visit contemporary Britain, but what starts as a mundane stop on their travels soon becomes strange, when an American astronaut appears in a shopping mall and a man suffocates in the middle of a park. Those occurrences lead the TARDIS crew to the moon, where the Americans have a fully operational base with a direct portal to the Texan desert. But now that the portal is acting weird, it’s unclear whether it is a simple malfunction or if something more sinister is at play…

Apollo 23 is decent novel. Some of the plot points feel a tad hard to believe – a fully operational secret base on the moon in our time, Amy and the other re-merging with their personalities via their skin or digestive system respectively, etc – and some events are predictable like, for example, that Garrett is one of the possessed and wreaks havoc on Apollo 23, and actually that makes the military and the Doctor look slightly stupid since the thought obviously didn’t even cross their minds. But as a whole, Richards tells an entertaining tale which makes it easy to look past those points of critique, especially in such very well-written scenes like the one where Major Carlisle is leading Amy to her cell, trying to give her an opening to escape, but Amy being to unsure if it is a trap and to afraid to really act. One could argue that humans “possessed” by aliens isn’t an overly original narrative device, but the author is using it well enough to make it feel relatively fresh.

Another strength of the novel is the characterisation: both the Doctor and Amy are very true to their onscreen counterparts and the chemistry between Eleven/Smith and Amy/Gillan was transported to the pages smoothly. In the other novels of the first trio I was missing Rory a bit, who beside Matt Smith’s performances for me personally is a big reason why I like Series Five more than the others I have seen (Series One and Two), but Richards managed to make Apollo 23 work for me without him. For a rather short novel like this the original characters are also fleshed out very adequately, some of them remain more one-dimensional than the others, but as a whole the author did a good job here.

All in all Apollo 23 is a fun little novel with a good mix of action, humour, and strong characterisations, making it relatively easy to overlook some minor flaws once you’re willing to just roll with the story. It maybe isn’t the strongest of the Eleventh Doctor NSAs I have read (all but The Glamour Chase) but certainly a good reason to look forward to more.

Apollo 23 (by Justin Richards) was released by BBC Books in April 2010,