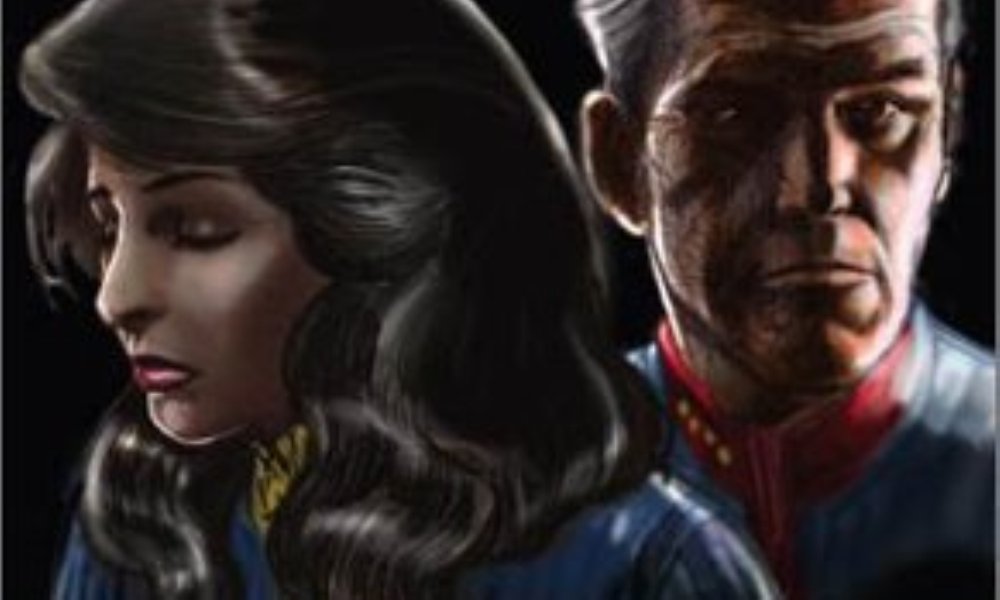 As we’ve seen in Part 1, Wildfire was a game-changing event in the Star Trek: Starfleet Corps of Engineers series. One might think that such an extreme shake-up – with several dead crew members and a banged-up ship of traumatised survivors – had screwed up editor Keith R.A. DeCandido’s plans for the future, but actually things were never set in stone.

“I had some vague ideas about where the characters might go,” Keith explains, “but that was flexible, and often became dictated by what the writers came up with. It was very creative, very collaborative, and very flexible. The stories themselves were mostly episodic. While the character arcs carried over, we didn’t really have any big overarching storylines, just the da Vinci going from mission to mission, so there was no masterplan as such.”

As a result, there are several examples of characters who developed in different directions than originally planned. “We’d intended P8 Blue’s larvae to play a bigger role,” says Keith, “seriously! Also our original thought for Lense was to have her be more of a PTSD sufferer, and less of the self-centred narcissist she turned into – not that that was a bad thing…”

With such a flexible set-up, contributing writers like Dayton Ward and Kevin Dilmore could become influential on the series’ development – especially since they wrote more stories than anyone else.

“We’re actually tied with Keith DeCandido for most contributions to the series itself,” Dayton clarifies, “but we edge him out thanks to [Field Expediency,] an S.C.E. story we wrote for the Tales of the Dominion War anthology. It wasn’t by design that we ended up writing so many instalments, but I’m certainly not complaining. Keith gave us several opportunities to do some neat things with our various stories, and I’ll admit that I became quite attached to the characters.”

“I certainly feel very blessed with opportunity when it comes to the Corps books,” Kevin says, of a gig that provided him with a lot of firsts. “I saw my first professional fiction publication with Interphase. We were allowed to draft an origin of sorts for the S.C.E., for which we created an original crew aboard the Lovell in the twenty-third century. We were the first authors allowed to write a sequel for an episode in the animated series through S.C.E. [Where Time Stands Still]. We got to reboot the series with Turn the Page. And we received chances to play elsewhere in the fiction line as a result of our work with the novellas. So, yeah, I’ll always have an attachment to the series, but also to John Ordover and to its co-creator and his editorial successor with the line, Keith DeCandido. They gave me many chances to play in the world of Star Trek, and I’ll be forever grateful.”

One of these chances was to bring the crew of the Lovell from S.C.E. into the Star Trek: Vanguard novels. “It was actually Vanguard co-creator David Mack who is at least partially responsible for the U.S.S. Lovell being involved in that series,” Dayton explains. “Before editor Marco Palmieri even approached Kevin and me about writing the second Vanguard book, we had emailed him and S.C.E. editor Keith DeCandido about the possibility of doing a twenty-third century S.C.E. tale crossing over somehow with Vanguard. Little did we know that Dave had already considered this notion, and had even suggested to Marco that the Lovell might make for a decent ship to replace one of the starships that meets an unfortunate fate in the first Vanguard novel, Harbinger. We pitched the idea of a sort of ‘prequel’ to the series in the form of an S.C.E. novella with the Lovell crew. That became our next-to-last entry in the S.C.E. line, Distant Early Warning, which we used to spin a couple of plot threads we picked up in what became the second Vanguard novel, Summon the Thunder.”

“Distant Early Warning is another example of how the Corps eBooks afforded us some fun opportunities,” smiles Kevin. “It’s always fun to work these characters into a greater saga over multiple works. I think of our writings as patches we sew into a big Star Trek continuity quilt, and it’s fun to connect them to other areas of the saga that we love.”

Distant Early Warning has been reprinted in the latest Corps of Engineers paperback, What’s Past, where a new audience will discover it. “Many fans of the Vanguard books might be seeing this story for their first time,” acknowledges Kevin, “so we hope it still fits in nicely with their visions of the Vanguard saga.”

What’s in store for them? “While tackling some persistent engineering problems aboard Starbase 47 during its construction, the Corps of Engineers uncover the first clues that living within the Taurus Reach might prove more complicated – and dangerous – than Starfleet might realise,” summarises Kevin.

“It’s soon discovered that the cause of the station’s problems may come from somewhere in deep space,” adds Dayton. “While that’s going on, there’s some other hijinks taking place on the station which may involve elements of organised crime. Though it takes place on the Vanguard station, it’s still very much an S.C.E. story, but if you’ve never read the Vanguard series then this – hopefully! – serves as a nice introduction to that cast of characters, as they’re introduced from the points of view of our crew from the Lovell.”

But it’s not just that “big Star Trek continuity quilt” that S.C.E. contributed to – it also shaped the range of voices contributing to Star Trek books today. Writers including Kevin, David Mack, and Christopher L. Bennett became regular contributors to the wider Star Trek novel line after their debut with S.C.E., and Keith admits that as the line’s editor he takes “a great deal of pride in that”.

Kevin not only spread his wings in Trek literature after his S.C.E. debut, but also remained involved with the line pretty much from start to finish. Did the series develop as he had envisioned when he first wrote for it? “In some ways, I suppose that it did,” he ponders. “I had no real say in the overall development of the series – that was Keith’s responsibility. But apart from any greater vision for the S.C.E. saga, there were snowballs that Dayton and I started rolling down the hill in our books that I found very gratifying to see how they played out in the series overall. For me, the two biggest have been the adventures of the Lovell – and I would love to revisit that crew one day – and the friendship of Duffy and Stevens. That was something we started in one of our instalments, and Keith liked the chemistry we had created for the two so much that he encouraged it in succeeding books. Dayton and I always considered the two as reflections of Hawkeye and Trapper John in the M*A*S*H TV series.”

Given that, with the cancellation of the Strange New Worlds contests and the S.C.E. series, two potential entry points for aspiring authors have been closed down, has it become harder to break into the Star Trek novel line? “Oh, definitely,” Dayton believes. “‘Getting into Trek lit was never easy to begin with, but efforts like Strange New Worlds and even S.C.E. at least provided opportunities which didn’t – and still don’t – exist with other media tie-in lines.”

Keith and David aren’t quite as sure as Dayton, though. “I suppose it might be [harder],” says David. “Certainly, the loss of those two ongoing projects leaves fewer slots within the Star Trek literary program.” But he points out that “new writers were brought into the franchise before those projects were created, and new voices continue to be invited to pitch stories to the line even after those series have ended”.

Keith agrees that it’s become harder “to some extent, only because those slots aren’t available as a breeding ground, but it’s always been hard to get into Trek lit anyhow. Strange New Worlds and S.C.E. just were two other ways of doing it.”

All agree, though, that the best way to get into tie-in writing isn’t necessarily the most direct one. “Writing tie-ins should never really be something a new or aspiring writer looks to when they’re starting out,” Dayton believes. “The odds are just so much against an unknown writer landing a tie-in contract, because editors – and even the licensors themselves, to some extent – prefer to work with writers who are a ‘known quantity’.”

David adds that “the fact remains that the best way to get in the door to write a Star Trek novel is to prove yourself somewhere else first – either in short fiction, or with an original novel or a book for another tie-in franchise, or with work in a different medium. I started out writing spec scripts for the TNG and DS9 television series, as well as some original fiction. Later, after John [Ordover] and I sold stories and scripts to DS9 and Voyager, I spent a few years doing editorial scut work around the Pocket office – writing reference materials, reading slush manuscripts, writing filler material. Very few people get to walk in the door with no previous writing experience and sell a novel. It’s all about paying your dues, and that process is different for each person.”

“There are and have been exceptions, of course,” Dayton concedes, “but generally speaking, a new writer is better off writing and submitting their original fiction to editors looking for such material.”

So, what closed that doorway on S.C.E.? Why was the series relaunched and eventually cancelled, and what are the chances of it returning one day…?