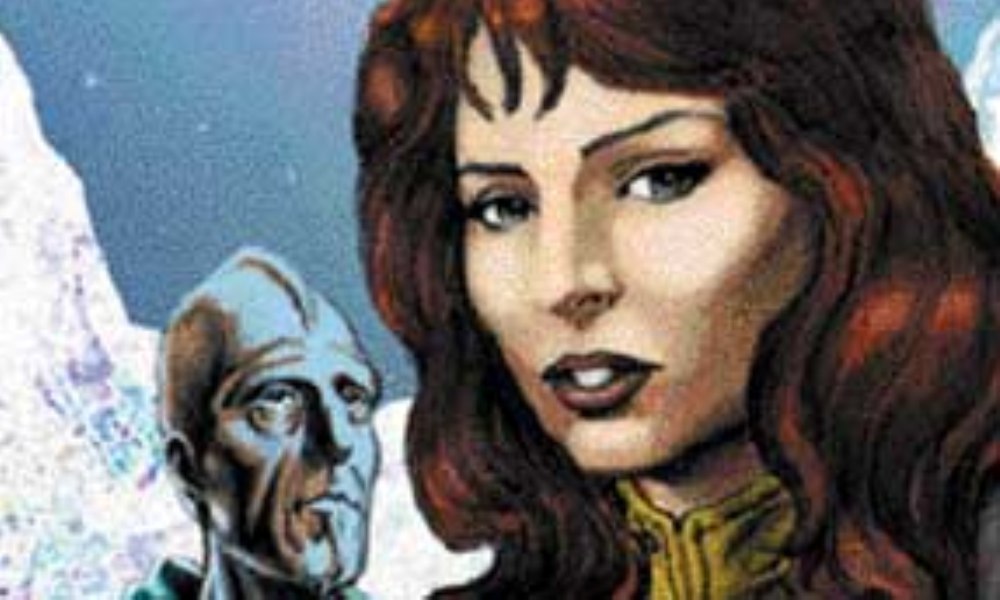 “A small, close-knit team of quirky Starfleet mission specialists fix what no-one has ever fixed before.”

That’s how long-time Star Trek: Starfleet Corps of Engineers contributors Keith R.A. DeCandido and David Mack sum up that series, for which Pocket Books published more than 70 stories between August 2000 and November 2007, chronicling the adventures of Starfleet’s miracle workers, their Corps of Engineers.

This summer, two new trade paperbacks have been released, collecting more of those many stories in print for the first time, and to mark the U.S.S. da Vinci’s return to the shelves, we’ve brought together a select group of people to reminisce about S.C.E., from its beginnings to its hiatus, and the chances for its future.

Among the first to learn about the series outside of Pocket Books itself was Kevin Dilmore, then writing for Star Trek-related magazines and websites, who was to become one of the most regular contributors to the series along with writing partner Dayton Ward. “In the summer of 2000, John Ordover, who then was executive editor of the Star Trek line at Pocket Books, had talked to me several times about his projects in my capacity as a contributing writer for Star Trek Communicator magazine as well as for StarTrek.com,” he recalls. “He asked whether I wanted to break an exclusive story about an agreement between Simon & Schuster and Microsoft that would result in a monthly series of original fiction in eBook format.”

The man chosen to help launch the series was Keith R.A. DeCandido, who shared the co-creator credit with John Ordover, and was the editor of the line for most of its run. “John called me up one day and said, ‘Hey, Keith, we need to create a new crew for some eBooks – can you help?’,” Keith remembers, adding more seriously that it “was only slightly more complicated than that.

“John had to put something together fast,” he continues, “as Microsoft had approached Pocket about doing some original eBooks to be available with the launch of MS Reader in 2000. John thought that for original eBooks, stories focusing on the Starfleet Corps of Engineers might be appropriate. I have a frighteningly encyclopaedic knowledge of Star Trek, so he called me in to help him brainstorm the series.

“The creation was very collaborative. John wanted at least one animated series character – originally we wanted to use BEM, but there were issues with the rights on that, so we went with a pillbug of the same species as M3 Green from Jihad. I suggested a Bynar, and John came up with the notion of him being a ‘singleton’. I was the one who dug up Gomez, Duffy, and Stevens – ironic on that last one, since Stevens appeared in a DS9 episode [Starship Down] that John co-wrote [with David Mack], but I was the one who thought of him – and I came up with Gold. John wanted there to be a cultural specialist and a linguist, and he came up with Abramowitz, while we both came up with Faulwell. I honestly don’t remember which one of us thought of Lense. And of course Scotty had to be involved.”

Once the concept was agreed on and the crew was put together, it was time to hire the authors to bring the series to life. Beside some Trek literature mainstays like Dean Wesley Smith, Christie Golden, and Keith himself, the early entries in the Starfleet Corps of Engineers series also included Kevin’s fiction debut. “As [John] explained the concept to me, we were discussing the types of stories he envisioned for the series,” Kevin recalls. “He offered a couple of examples, and I countered with, ‘Or maybe this team would rescue the Defiant from interphase or something’” – picking up a story thread from the classic episode The Tholian Web. “John replied that such a story was a perfect idea for the line, so I asked whether he would accept a pitch from me on it. He agreed, and I promptly called Dayton. What I said was, ‘Hey, I just got myself into some big trouble and I hope you can help me out of it’!”

“When John agreed to [his idea], Kevin called me and asked if I wanted to help him develop the story, which we eventually decided we’d write together,” Dayton recollects. “That became the two-part Interphase, which comprised the fourth and fifth instalments of the series, and then we were off and running, both as a writing team as well as what ended up being a long-term association with the series.”

Not long after that, David Mack was asked to contribute to the series. “After I finished writing The Starfleet Survival Guide, my first full-length book for the Star Trek department at Pocket Books, editors John Ordover and Keith R.A. DeCandido invited me to pitch stories to their then-brand-new eBook series,” he explains. “I had a few ideas that seemed to fit the ‘ship of quirky mission specialists’ format, so I pitched them verbally, first to Keith and later to him and John together. Right from the beginning, the three of us seemed to be on the same frequency with regard to the series’ characters and tone.”

David made frequent contributions to the series, starting with the early two-parter Invincible, co-written with Keith, but the most prominent one is undoubtedly his Wildfire duology, which redefined the status quo of the whole series. Whose idea was this game-changing event, which had such a huge influence on all the stories that followed? “The original pitch was mine,” David reveals. “I wanted to do a story similar to Starship Down, the episode John and I had sold to Star Trek: Deep Space Nine in its fourth season, but without the limitations of a TV budget.”

His dissatisfaction with one aspect of the TV shows led him to go all-out with his plans for Wildfire. “One thing that had always irked me about Star Trek was ‘disaster of the week’ stories that seemed to result in nothing more than a few scratches on the crew and a few days in spacedock for the ship, so I pitched a story in which our ship and crew would suffer a truly devastating tragedy, one whose effects would be felt for sometime afterward. Because the S.C.E. series was set up with a serial continuity linking the otherwise episodic stories, this was something that could be done, though it would require a great deal of editorial coordination to keep all the writers in sync. Fortunately, both John and Keith were keen to do something exactly like that, something to shake up the readers and confound their expectations.

“My first-draft pitch was very similar to the final outline,” David continues, “but with one key difference: I had included a ‘cheat’ to save the series’ male lead, Kieran Duffy, from dying during his extravehicular mission to save the ship.” But his editors had other plans. “John and Keith suggested to me that I should rewrite the story to end with Duffy’s death and make it something really unexpected: a genuine tragedy. As they put it at the time, there had been too many characters surviving ‘suicide’ missions or being resurrected by deus ex machina, and they felt that it was time for us to ‘give Death back its teeth’.”

Duffy’s demise was the first time that a lead character from a Star Trek literature series had died, giving the book line a new sense that anything could happen. “That was one of the key reasons that the editors asked me to take that path,” David discloses. “As I revised the story for Wildfire, my mandate was ‘no mercy and no reset button’. We wanted this story to show readers that in Star Trek literary-original fiction, no characters would be immune from real, lasting consequences and that the reset button had been retired.”

This approach not only changed the series forever, but also helped David to hone his craft. “I think that decision forced me to stretch myself as a writer because instead of avoiding the most emotionally fraught moments in the story I had no choice but to tackle them head-on. The result was a number of very raw, emotional scenes that I still consider to be among my best work.”

Other authors were informed about the changes resulting from Wildfire, and some tried to bargain. “The ‘shakeup’ to the crew which came with [the] Wildfire storyline was something we knew about well before it was published, of course,” says Dayton, “and Kevin and I even lobbied for one or two crewmembers to be immune from the coming changes. Keith held his ground, and he was right: the changes to the status quo really injected some additional juice to what I already thought was a fun series.”

Kevin had similar doubts, but was also won round by the outcome. “Had I been in charge, I might not have devised the idea to kill off a major character in the run when it happened,” he speculates. “Looking back on it now, it was the right idea and resulted in some great storytelling… but I sure hated it when I first heard!”

“Unlike the television shows, where the largely episodic format didn’t allow for prolonged dwelling on the ramifications of various events before it’s time to start the next adventure, we not only were free to explore the effects of these big changes, but were actively encouraged to do so,” Dayton adds. “At that point in time, working on S.C.E. stories offered a sort of freedom with respect to stories and the characters that wasn’t available in the other series which took their cues from the films or television episodes. There was Star Trek: New Frontier, of course, but that was Peter David’s baby, whereas numerous writers were working on S.C.E. stories.”