Doctor Who: The Cradle of the Snake review 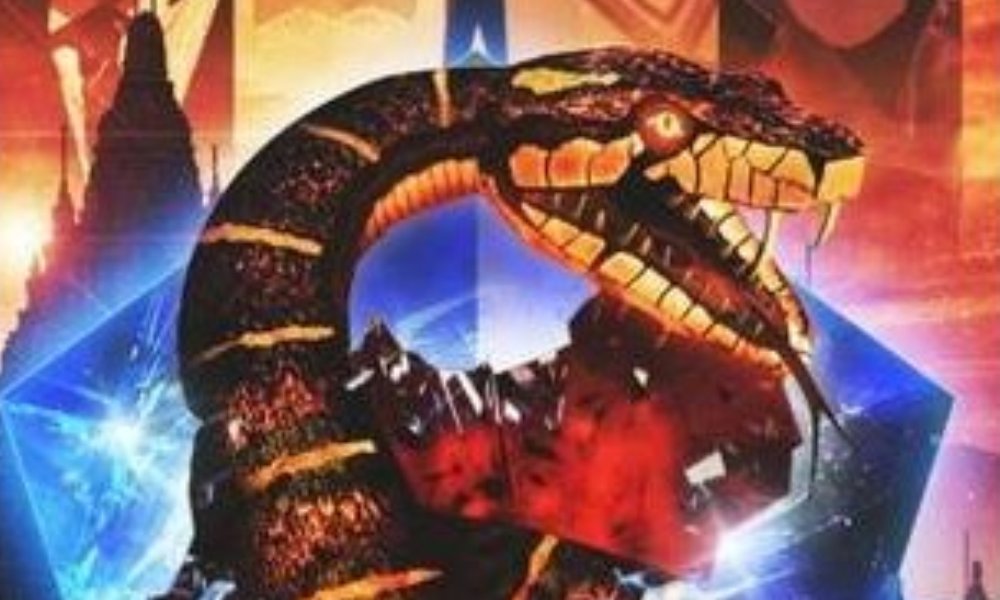 Having enticed Janet Fielding back to reprise her role as Tegan Jovanka alongside Peter Davison (the Fifth Doctor), Mark Strickson (Turlough), and Sarah Sutton (Nyssa), Big Finish couldn’t possibly let the opportunity for a new story about the snake-like mind parasite, the Mara, pass by. And of course, they haven’t.

September’s Doctor Who monthly release, The Cradle of the Snake, is penned by audio veteran Marc Platt. At the beginning of the story, Tegan collapses after once again succumbing to the force of the evil Mara, and the Doctor must act quickly to drive out the power possessing her. Afterwards, hoping to find one of the mystical shamans he met before, the Doctor pilots the TARDIS to the planet of Manussa, first seen decades ago in the televised serial Snakedance. In typical fashion, though, he arrives centuries before he intended. Manussa, not yet under the yoke of the Mara, is still a thriving and advanced civilisation, with scientists and businessmen alike just beginning to explore the science of the mind with powerful crystals that can make thoughts into flesh… exactly what the Mara needs.

The Cradle of the Snake is a fitting end to this trilogy of Fifth Doctor stories. The Mara is so closely tied with Tegan’s story arc from the televised series that failing to bring it back would be almost unthinkable. At the same time, Kinda and Snakedance are a much-beloved pair of stories – deservedly so – and a new Mara story has big shoes to fill. Fortunately, The Cradle of the Snake does so admirably, and with much the same sort of feel as the originals. Full of vibrant visuals in both the “real world” and the protagonists’ mindscapes, it offers the regulars some chances to stretch themselves – especially Peter Davison, who is tasked with playing his role in a very different way than usual. (Definitely don’t miss the CD Extras, in which Mark Strickson teases him rather hilariously about his usual acting style.)

Happily, everyone involved in this story rises to the occasion. Strickson and Sarah Sutton have no reason to feel sheepish about their performances (trust me, that will be funnier once you’ve heard the audio), and Janet Fielding proves that she’s still a heck of an actress – Big Finish and its listeners have really been missing out for all of the years that she has been absent.

The story itself is tightly written and satisfying, and leaves the listener hoping that there will be more of the Fifth Doctor’s TARDIS crew in the future after this consistently excellent trilogy. Big Finish certainly seems to be leaving the possibility open by keeping the older Nyssa on board at the end of the story, in defiance of televised canon.