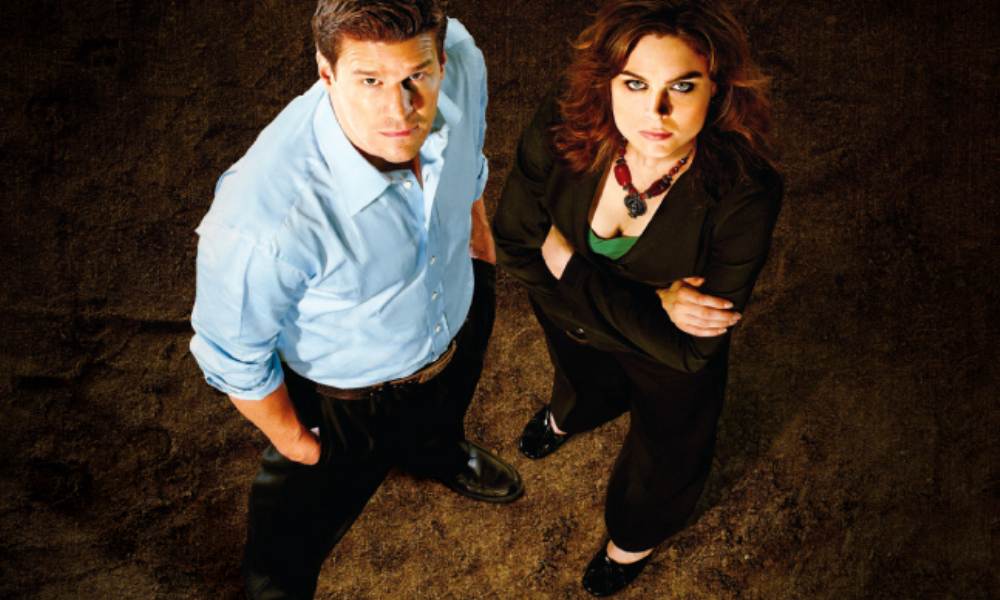 Buried Deep, the first and only tie-in novel to Fox’s hit series Bones, is written by tie-in veteran Max Allan Collins, and leads FBI Special Agent Seeley Booth to Chicago to investigate a Mafia case. When a skeleton is dumped right in front of Chicago’s FBI building he calls in forensic anthropologist Dr Temperance Brennan from the Jeffersonian Institute in Washington. With help from a Chicago colleague she soon discovers that the skeleton was assembled from more than one victim and this case of a potential serial killer soon takes precedence over Booth’s mob case. Even when they have one murderer in custody, Booth and Tempe soon realise that there’s more behind the whole affair…

While I have never read one of Kathy Reichs’s Temperance Brennan novels, I’m a fan of the Bones TV show, which is loosely based on her books and for which she functions as a producer, so I naturally planned to check out the Bones tie-in line sooner or later. And since the line was stopped after just one novel, supposedly to not muddy the waters between Kathy Reichs’s books and books based on the TV show, I guess this review can also been seen as a retrospective on the whole line. Sadly it will not be a positive one.

The story itself isn’t really the problem, beyond the fact that it isn’t overly original and pretty predictable. The mole inside the FBI, for example, is so obvious I knew he was one in one of his first scenes, long before the characters even know that there is one. The rest is somewhat less obvious, but I never really thought “Wow, I didn’t see that coming” during my reading of Buried Deep. Despite that, it could have been an okay novel since Max Allan Collins shows here and there that he knows how to write murder mysteries, even if they’re not the most memorable ones.

But what really drags this novel down is the very poor character work, especially for Dr Temperance “Bones” Brennan. Her characterisation is all over the place from the socially awkward Temperance from the first episodes – the version I would have expected from a novel written around the time of the first season – over the more jovial one from later seasons to a version that has little to do with anything we have seen on screen. It’s worse enough when an author of a tie-in novel isn’t able to fully capture the main character(s) of the series s/he is writing for, but when s/he isn’t even able to be consistent in how to describe the character I’m just not able to really enjoy the novel. And while Max Allan Collins’s work for Brennan is the worst offender in that regard, you can say the same for his characterisation of Booth, he too isn’t really the same character we’ve seen on the screen over the years.

The other characters from the TV show aren’t allowed to make more than cameo appearances, which, in my opinion, is a huge mistake, since at least for me the ensemble is an important part for my enjoyment of the TV show. But based on his work for Bones and Booth I guess it’s a blessing in disguise that he didn’t really choose to work with them, because it probably would have been an awful mutilation of the TV show’s chemistry between the characters.

The original characters remain pretty dull and one-dimensional throughout the novel, but you can only guess what a rich backstory Max Allan Collins could have created for them if he hadn’t spend so much words to describe how they’re dressed. Seriously, just read the prologue, he spends more time on describing how every of the characters is dressed than I’ve ever seen in a novel.

Overall Buried Deep is a perfect example of what a tie-in novel should not look like. With its extremely poor characterisations, a forgettable story and the overall feel of this being written by someone who isn’t familiar with the property he is writing for pretty much exemplifies all the prejudices many people have about tie-in works, which is shame since there are a lot of very talented tie-in authors and very good and relevant tie-in stories out there.

Buried Deep (by Max Allan Collins) was released by Pocket Star in February 2006.