Doctor Who: The Ring of Steel review 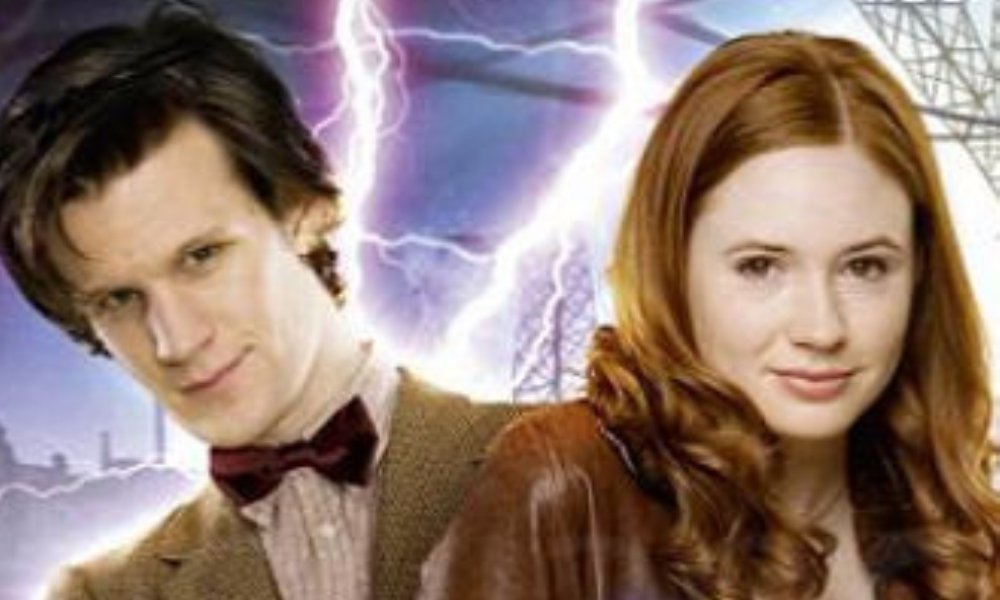 “How many alien invasions have kicked off in Orkney?”

Amy doesn’t consider Orkney to be a particularly exciting stop in her TARDIS travels, not even when she’s jumped slightly into her future. However, joining the protesters against the horrible pylons an energy company has been dotting around the landscape sounds like fun. It’s a good cause; Astra-Gen has been building the eyesores all over the islands without permission.

But when one of the protesters physically attacks a pylon, things start going wrong. It’s normal enough that security sweeps in to force them back, but it’s slightly less normal that the workers up on the pylon don’t even seem to notice what’s happening below them. And it’s nowhere near normal when the road opens up and starts swallowing people.

Swept apart by the violence, Amy and the Doctor not only have to find each other, but to save the people around them. Amy is with the protesters who escaped, trying to get the wounded to the hospital. But that won’t be easy, not when the roads are rerouting themselves. Worse, the pylons have pulled themselves out of the ground and started to give chase.

The Doctor has been taken away by security personnel, guards who turn out to be wizened, sick old men, decades older than the people in their badge photos. Astra-Gen may be an energy company, but it’s obviously more concerned with taking it than delivering it. If he can’t figure out who is behind Astra-Gen and stop them, it could easily be a case of today Orkney; tomorrow, the world.

Arthur Darvill reads this adventure, although Rory Williams doesn’t appear as a character. (It’s impossible to tell from the dialogue whether this is set before The Vampires of Venice, when Rory came onboard, or after Cold Blood, when Amy temporarily forgot him.) This is apparently his first audiobook; hopefully he’ll do more. His voice is clear and understandable (slightly moreso than I find it on TV). If his imitation of Matt Smith is slightly wobbly, his Amy is fairly solid, and he seems to be having fun with the accents of the original characters.

The story is also quite solid, which is to be expected from Stephen Cole. (In addition to his classic Doctor and Big Finish work, he’s written four tie-in novels for the Ninth and Tenth Doctors, as well as the Sarah Jane Adventures BBC audio The Glittering Storm.) With only one CD to work with, there isn’t much room for subplots. Although there aren’t many surprises, there is plenty of action; Ring of Steel would work just as well as a visual story as it does in audio.

Although an Eleventh Doctor adventure, Ring of Steel would fit neatly into just about any Doctor’s era. Thus, it can be easily recommended to any new, classic, or all-era fan.

The Ring of Steel (by Stephen Cole; read by Arthur Darvill) was released by BBC Audio in August 2010.