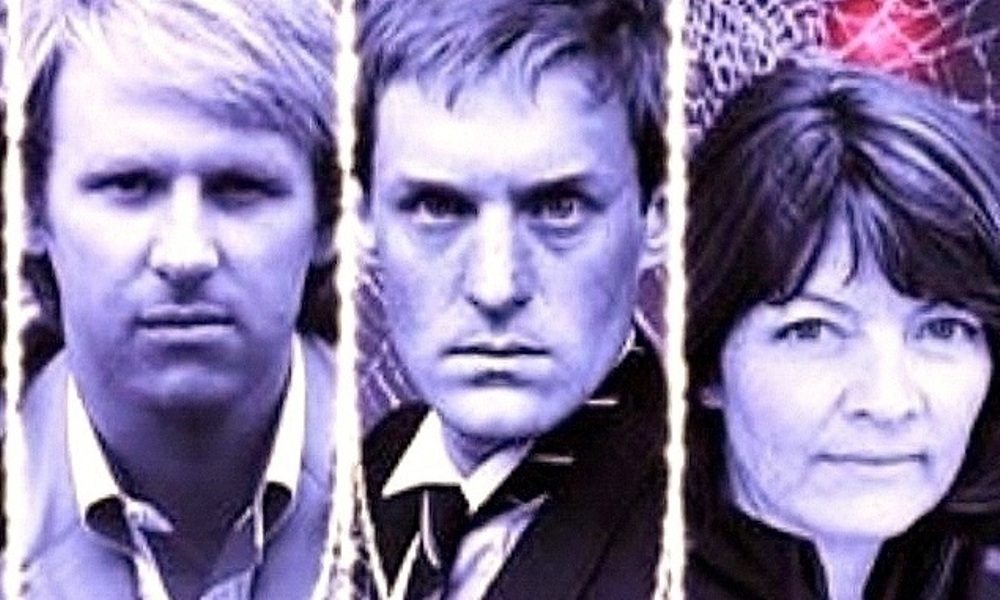 Set immediately after Enlightenment, Turlough’s televised “redemption” story, Cobwebs‘s first hurdle is reuniting Nyssa, who left at the end of Terminus, with her fellow travelling companions. Writer Jonathan Morris accomplishes this, with a twist, by utilising the vagaries of time travel, and before long the old team is back together, investigating a creepy, abandoned scientific facility inhabited by EDGAR, an even creepier computer.

As a story, Cobwebs hinges on a rather ambitious predestination paradox, revealed as the cliffhanger to Episode One. In some ways, it’s surprising that more Doctor Who stories don’t use this sort of paradox; however, the problem with predestination paradoxes is that you have to resolve them somehow… preferably in a way which doesn’t make your readers, viewers, or listeners roll their eyes in disgust. So, does the end of Cobwebs measure up? Just about. It’s plausible… just. It ties up the threads laid down earlier in the story. It makes logical sense. It is, however, not quite as clever as you want it to be after listening to the rest of the audio, so it still feels like a bit of a let-down.

It’s a let down you’ll probably be prepared to live with, though, since it means that you get to hear the Fifth Doctor’s Team TARDIS, reunited at last. Janet Fielding has resisted doing Big Finish stories for many years. At on point, she consented to a one-off, The Gathering, set 20 years after Tegan’s departure from the TARDIS. Now, however, Fielding has apparently had a change of heart. She’s on board, and she’s throwing herself into the role headfirst.

Those looking for a kinder, gentler Tegan will be sadly disappointed. Those looking for a faithful reprise of Tegan from the 1980s will be thrilled; she’s still all sharp edges, loud complaints, and occasionally brilliant insights. She still drives the Fifth Doctor to distraction. She still hates Turlough’s guts. She still clicks beautifully with Nyssa. Similarly, Mark Strickson has stepped back in time as well, channelling Turlough’s combination of sarcasm, guilt, and oily ingratiation as only he can. Sarah Sutton has a chance to play an older and wiser Nyssa here, and that is perhaps the only place where the characterisation falls down a bit – there’s not a really noticeable difference between Sutton’s portrayal of older Nyssa versus younger Nyssa, and if there had been, it might have added a nice dimension to the story. Still, there are another two upcoming stories where this may be remedied.

All in all, Cobwebs is a great reunion story, and a must-listen for any 1980s fan. The audio genre offers more room for three companions and the Doctor to have enough to do; a common complaint on the television show during multi-companion eras was that companions were shunted to the side and underutilised due to time constraints. Not so, here. The characters are front and centre in this story, right where they deserve to be.