Doctor Who: The Guardian of the Solar System review 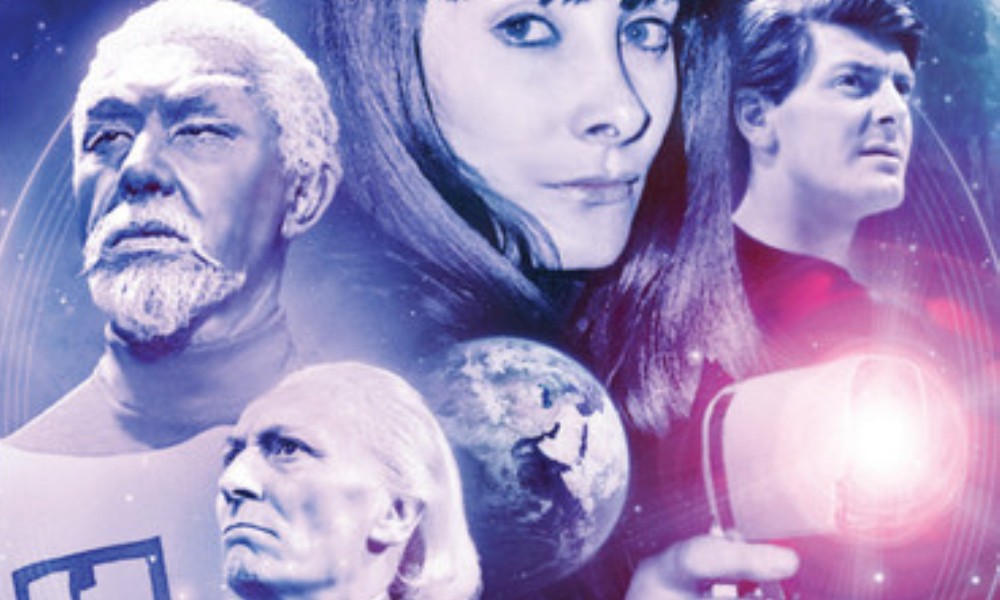 The latest Companion Chronicles release, The Guardian of the Solar System, is the third in a trilogy featuring Sara Kingdom. I thought the first in the trilogy, Home Truths, was one of the best Big Finish audios of recent years, but for various reasons I was unable to review the second, The Drowned World. So I approached this new audio with a trepidation usually associated with sophomore efforts: could it possibly match the spooky intensity of Home Truths? I needn’t have worried. The Guardian of the Solar System is, if anything, better than its predecessor. Clever, atmospheric, and moving, it’s one of my favourite Doctor Who stories in any medium.

It’s impossible to explain the frame story of this audio without giving away plot details from both of its predecessors, so I won’t. Listeners who haven’t heard those stories should be aware that there’s a thorough summary of them, particularly of Home Truths, so if you want the full effect of the trilogy, you should do what I didn’t and hear them in order. In fact, the exposition that opens The Guardian of the Solar System is extremely thorough, covering not only the previous Companion Chronicles but also Sara Kingdom’s appearances in televised Who, and as a result ten minutes go by before the actual plot gets underway. It’s all necessary information to give the story its fullest possible impact, but that doesn’t make it easy to listen to.

Once all that is out of the way and the TARDIS lands, however, things pick up considerably. The Doctor, Sara, and Steven find themselves within the workings of an enormous clock. The heat and the noise are oppressive, but the Doctor is so fascinated that Steven and Sara are forced to follow him deeper into the mechanism. They discover a workforce of pitiful old men, forced to keep the clock running. This is exactly the kind of oppression the Doctor fights – but the year is 3999, very close to Sara’s time, and the overseers of the clock include more than one familiar face. Can Sara Kingdom undo the greatest mistake of her life, or is she doomed to close its circle forever?

You already know the answer to that question, and so did I; crossing your own timestream never ends well (unless you do it wearing a fez and carrying a mop, apparently). But stories about the inevitability of failure will never go out of style, and this one has a lot going for it.

First of all, there’s the clock. It suggests a lot of obvious symbolism relating to time: looping, trapping people within itself, cogs in the machine. The script overplays this slightly, but only slightly, and most of the time it works well, generating a sense of depth and drama. The sound design for the clock itself is an absolute triumph: ticking and clanking and rattling, mechanical and yet eerie, it’s never pushed over the top, but allowed to insinuate itself into the listener’s mind slowly, as the clock itself becomes more central to the story’s development. The rest of the sound design, the gentle crackling of the fire and the slight ticking of a smaller clock within the frame story, balances this intensity nicely, and the music is evocative without calling attention to itself.

The story’s other major asset is its performers. I can’t exactly pretend to objectivity here; I think everything Jean Marsh does is brilliant. A consummately skillful performer, she’s also one of those actresses with an interesting voice (and face, but obviously that’s not relevant here). I could listen to her reading out the phone book. In The Guardian of the Solar System she has quite a lot to do, and she does it so naturally that it’s easy to miss the complexity of her performance if you’re not looking for it. As Robert, Niall MacGregor is just as good good in a different way, bringing a quiet realism to the limited material of a Companion Chronicles second voice.

For all the praise I’ve showered on it, I can’t help but feel that I haven’t quite captured what makes this such an effective audio. The simplicity of its concept may make it sound disposable, another Companion Chronicle that tells a familiar story in a straightforward way, and I can’t describe certain aspects of its structure that complicate things without giving too much away. I wish I could drop hints about the ending, for example, which is haunting, and… but I shouldn’t say that, either. I suppose that the most direct way to get across my opinion is to say that, with its non-linear storytelling and its use of Gothic horror elements in a sci-fi context, The Guardian of the Solar System reminds me of Steven Moffat’s best Doctor Who work. Add in some surprisingly dark themes – this is a bleak story, although not one without the possibility of redemption – and you have an audio that uses the Companion Chronicles format about as well as it can be used. I could pile on more superlatives, but I’ll keep things simple: buy this audio. It’s worth it.

The Guardian of the Solar System (by Simon Guerrier; starring Jean Marsh) was released by Big Finish Productions in July 2010.