Doctor Who: The Macros review 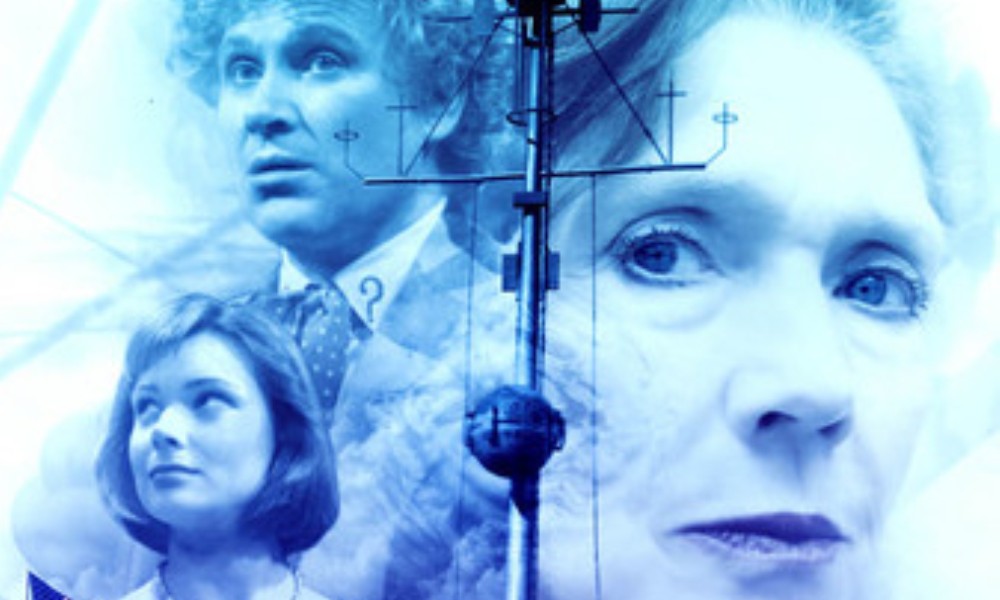 The Doctor has promised to take Peri to Baltimore to let her family know she is okay, so naturally they land as far from Baltimore as possible. Being stranded on a ship at sea would be bad enough without the green rust and a crew that is obliviously running through a time loop. This isn’t any random ship – it’s the U.S.S. Eldridge, subjected to the infamous Philadelphia Experiment. (There are a lot of versions of what happened to the Eldridge, so the Doctor does a quick recap. In this story, the Eldridge permanently disappeared, to be replaced with a green fog, although there are urban myths of it or its crew appearing and disappearing all over the world.)

And that’s just the beginning of the problems. The Experiment means that two universes are starting to touch and overlap, and if the other universe isn’t stopped, it will drain all the energy out of ours…

Much of the story takes place in the alternate universe, which is a fairly simplistic one populated with a power-mad dictator, her rebel son, and a thin cast of courtiers and conspirators. The overall population is so sketchily drawn that “the people” simply do en masse whatever is necessary to move the plot. It’s so thin and generic that even the Doctor says “I’ve met your kind on so many worlds”.

There was a great deal of potential in the Philadelphia Experiment; it’s a pity it has to share the spotlight with a two-dimensional second dimension. Pitt and Rudlin might have been better off skipping the use of the Eldridge at all and just choosing a generic ship, saying it had been lost at sea or disappeared into the Bermuda Triangle. That wouldn’t have been more of a handwave than the abrupt ending already is, and it would have been a way of sidestepping Big Finish’s perennial accent problem. Admittedly, the main American character is played by an actual American actor… but that only throws into relief that all the other American characters aren’t.

All of this said, being too negative is a little like kicking a puppy. The Macros isn’t particularly bad – there have been other Lost Stories that were very poorly written or even offensive. It’s just that The Macros isn’t particularly good either. There are no standout characters, no surprise plot twists, no amusing or amazing bits of characterisation – just a steady progress from point to point in a paint-by-numbers plot.