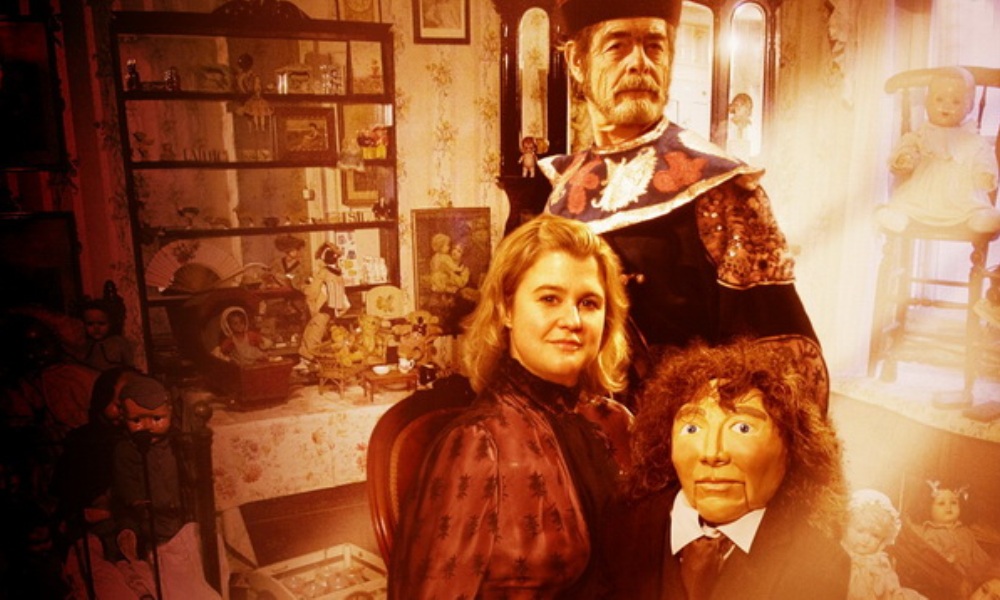 The newest Companion Chronicle, John Dorney’s Solitaire, brings India Fisher back as Charley Pollard – and not just as Charley Pollard, but as Charley Pollard Classic. This audio drama takes place during the height of Big Finish’s Eighth Doctor range, in the second season, when it was just the Eighth Doctor and Charley. Back before the Viyrans, before Mila, before Lucie Miller, before C’rizz, before Zagreus. (Not to mention, before the awful Nick Briggs theme arrangement. David Arnold is back, baby!) This one of my favourite eras of Doctor Who full-stop, and I was delighted that we get to return to it here.

Solitaire opens with Charley stepping into a toy shop, her memory gone. It’s a little annoying that Dorney has to rely on this device, given how overused it is in the Eighth Doctor era, but it becomes very relevant to the plot, so it nearly works. As she begins conversing with the mysterious shopkeeper, it becomes apparent that Solitaire is a very unusual Companion Chronicle, for it is not an enhanced audio book as most are, but a full-cast drama, albeit one featuring only two people. The Celestial Toymaker has trapped Charley in one of his games, a game she doesn’t know the rules of, not even what she has to achieve to win.

Most obvious about this release is that Charley is on top form. It helps that Dorney writes a very good Charley Pollard. Despite being amnesiac for most of the story, but she’s still clearly our Charley Pollard. That India Fisher is fantastic of course goes without saying. She’s able to imbue Charley with her usual determined, spirited, impulsive personality without having the benefit of Charley’s memories to fall back on. It’s great to hear her back and baggage-free.

As a two-hander, though, the play also rests on the performance of its other lead, in this case David Bailie, who previously played the Celestial Toymaker in 2009’s “lost story” release The Nightmare Fair. Bailie does a good job with the menacing and malevolent parts of the Toymaker’s persona. He is perhaps sometimes a little too obvious when he is trying to be “mysterious”, and I was kinda confused by his reactions at the climax of the story, but in general he’s good to listen to. If nothing else, he has an excellent voice, and he also convinces you that he’s a being who doesn’t like to lose. He was generally quite fun to listen to, and a good villain.

We might even say that the Doctor actually makes an appearance in this story, in a way that’s so clever I’m sad we didn’t get more of it – though perhaps it worked best in small doses.

Most of the story sees Charley attempting to beat the Toymaker’s game as the shop shrinks around her. This is unfortunately a little monotonous at times, because the listener knows she can’t possibly be on the right track if we’re only ten minutes into the story! Some of the puzzles are pretty obvious, but even the tricky ones are irrelevant to the plot. This soon falls by the wayside, as Charley moves on to trying to outthink the game rather than beat it, and this where Fisher’s performance and Dorney’s writing shine. The way she solves the dilemma is great, though I felt that some aspects of this were a little confusing and contradicted what the stated solution was.

Toby Hrycek-Robinson’s sound design is every bit as effective as it needs to be in such a sparsely populated story; I especially liked the sounds of the Game itself. “PLAAAAAAY.” It was nice and creepy. The environs of the shop were also well-communicated. Nicholas Briggs’s direction also has to be praised, of course, for despite featuring just two leads, the story rarely flags or slips.

Above all, of course, India Fisher’s Charley Pollard is just a delight to listen to. The fact that we get not only her welcome return and excellent performance, but a strong story and a good guest star are just bonuses. Solitaire is an enjoyable instalment in the Companion Chronicles, especially for people like me who think that 2002 is one of the best years of Doctor Who ever.

(As might be imagined for a story that involves India Fisher, David Bailie, Nicholas Briggs, David Richardson, and a Paul McGann dummy, the CD Extras on this one are highly entertaining.)