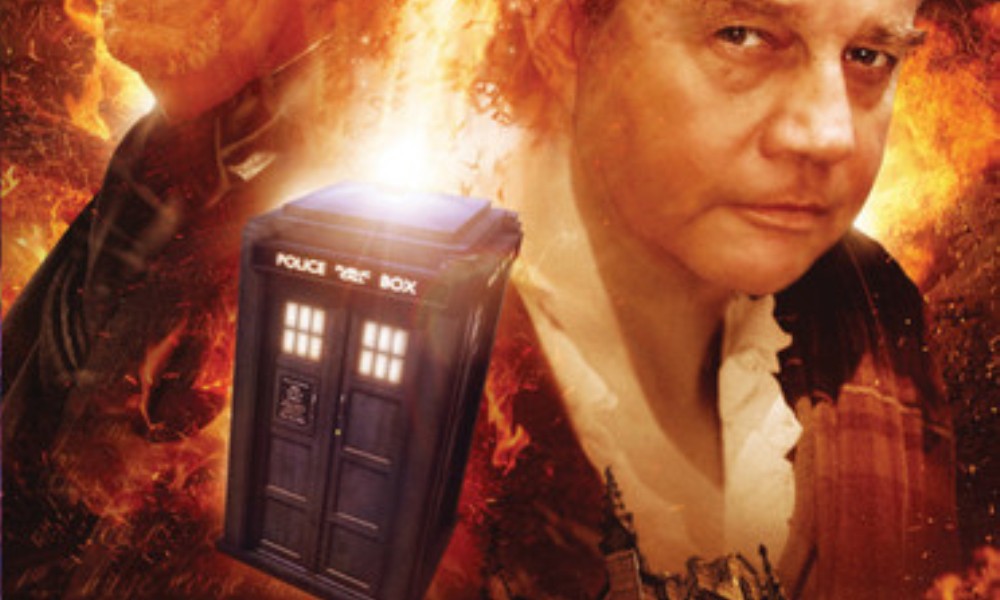 As I listened to the first few seconds of Night’s Black Agents I was confused for a moment, as I hadn’t realised it was not only part of the sequence of Sixth Doctor and Jamie stories, but a direct continuation of a previous release. I mention this only to make clear that I haven’t heard any other audios with this pairing. On a narrative level, once I got past the opening this wasn’t a problem, as the play was entirely comprehensible in and of itself. However, it’s always possible that some of my comments would change or be made irrelevant if I listened to the previous play, City of Spires. On its own merits, at any rate, Night’s Black Agents is an enjoyable, fast-moving story that works tolerably well despite a few flaws.

The Doctor and Jamie are trying to return to the TARDIS, but the castle where it ought to be has been destroyed, and a dying redcoat claims the kelpie is responsible. Following tracks that suggest the TARDIS has been stolen, they find their way to Ravenswood Castle, where Reverend Merodach, the new lord of the manor, offers them his hospitality. But something about his behaviour makes Jamie suspicious. Does the reverend have decidedly unholy intentions? As with many Companion Chronicles releases, the plot that develops from this scenario is on the simple and obvious side, but it evolves quickly enough to avoid the sense of tedium that all too often builds in the middle section of such audios. Additionally, there’s enough charm in the execution to keep a listener satisfied, despite a few rough edges that occasionally poke out.

One such edge is the awkward presentation of historical background. I applaud the use of research in historical Doctor Who stories, having seen and read and heard too many that don’t tell the audience anything they didn’t already know, but at times it’s too obvious that the script is imparting a fact to the listener, as when Jamie describes a location as the “traditional Scots prison for those accused of witchcraft” or when another character informs us that a particular name is “the old Scots word for twisted”. This is the sort of minor phenomenon that can assume a disproportionate influence as the listener becomes aware of it and is on the lookout for further examples.

More significant is the characterisation of Jamie. On a basic level, it’s quite good: he’s heroic but somewhat simple-minded, as he ever was. But there are other elements of the way he’s presented that don’t work so well. At one point, an antagonist confronts Jamie with questions about the morality of his own behaviour as “Black Donald”. This is potentially strong stuff, but the character who brings it up is so obviously evil that it can’t be taken seriously. I might feel differently about this if I’d heard City of Spires, which I assume contain material relevant to this, but as part of this release the mention goes nowhere and does nothing. Also a non-starter is Jamie’s attraction to a female supporting character. If kept at a reasonable level this would be fine, but it’s presented in so heavy-handed a way, particularly near the end, that it comes to feel silly.

Otherwise, though, the play is quite successful. The setting allows for the use of some fine supernatural imagery, and the action sequences are briskly described. Frazer Hines is charming as ever, making Jamie likeable, and dignified in his way despite his simple nature. Hugh Ross takes Merodach through a full range of emotional states, many of them, without ever making him feel like a caricature. The flashes of humour in the script, while not earth-shattering, help to move things along, as do the solid music and sound design. I could bring out my usual Companion Chronicles complaint about lack of ambition, but I’m a little tired of repeating myself on that score, and anyway, ambitious or not, Night’s Black Agents makes for a decent hour’s entertainment, particularly for fans of Jamie.