Doctor Who: The Harvest review 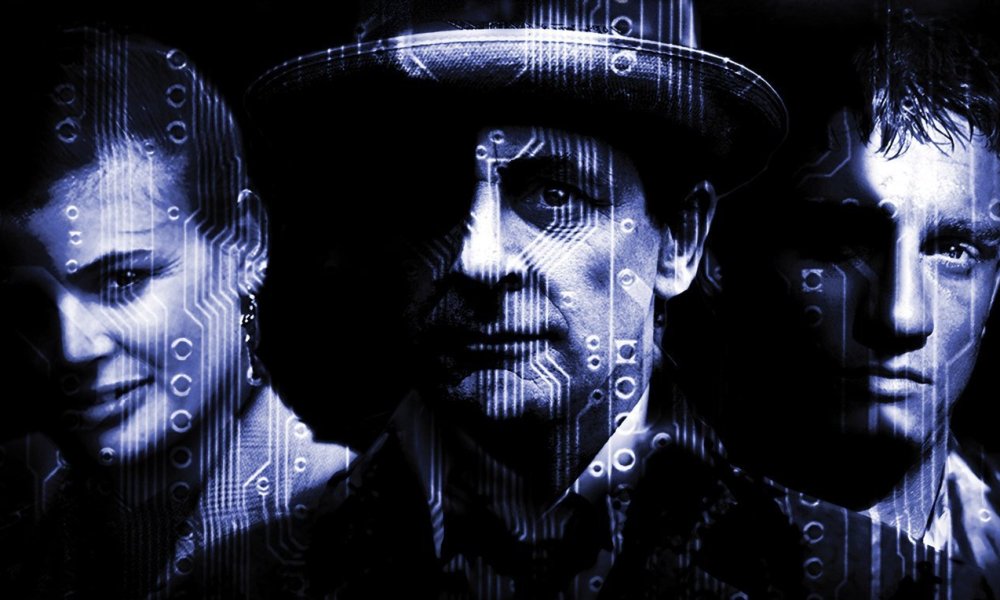 Thomas Hector “Hex” Scofield’s birthday started bad and got worse in a hurry. He’s late to work because he overslept. His friend Dr Mathias has been running all over St Gart’s, inviting people to his birthday booze-up by telling all the women Hex has a crush on them – even that strange new Human Resources assistant who calls herself “just McShane”. Then it goes from embarrassing to heartbreaking when his friend Damien comes into A&E with terrible injuries.

The final straw is the giant who tries to run Hex and McShane over when they leave the party for a breather, a giant who comes stomping down the street after them, running almost as fast as Hex can drive his motorbike. Determined to get answers for this, Hex follows McShane as she disappears into the odd blue hut in the car park, pounding on the door until it opens.

The Doctor and Ace have been undercover at St Gart’s for over a week, trying to determine what the mysterious C Programme is and why it’s being conducted under tight security. Could there be any connection between that and the system glitch that didn’t list Damien anywhere in the records, even as deceased?

Abnett had been polishing his Who-writing credentials for a while in the DWM comic and Big Finish’s Short Trips before writing this, and he would go on to write several popular New Who and Torchwood tie-ins such as The Forever Trap and Everyone Says Hello. That familiarity with the subject shines through, giving the listeners the perfect blend of action, horror, humour, and characterisation. Although two years later Joseph Lidster will retcon it into a trilogy with The Reaping and The Gathering, The Harvest is a standalone that stands out.

Because it introduces new companion Hex, much of the story centres around him. Despite his shock at being dropped into events (and the obvious commentary about a male nurse working with the Doctor), he’s established as a strong character with a distinct personality from the start. But nobody else is stinted; everyone from the feckless Dr Mathias though the villain is well developed. Certainly Ace isn’t shunted aside to make room for the new boy; she gets some of the best lines, which Aldred whips off with aplomb: “[It’s] not so much cloak and dagger. It’s been anorak and baseball bat a few times.”

But it is cloak and dagger as they skulk around the hospital. Abnett has found a fresh take on a classic setup; The Harvest an equal blend of detective story (as they try to assemble the clues), conspiracy thriller (as personnel protect Project C), and sheer horror (what Project C is). It’s an incredibly solid story too, without a single off moment, bad voice, or handwave-necessary plot point in the entire audio.

Because of all this, The Harvest is one of my personal favourites, one that I relisten to regularly. Give it a chance; I’m sure you’ll want to hear it more than once too. As the Doctor puts it: “You’re going to have a hard enough time not saying ‘Oh my god’ when you see what I’m going to do next.”