Doctor Who: The Time Vampire review 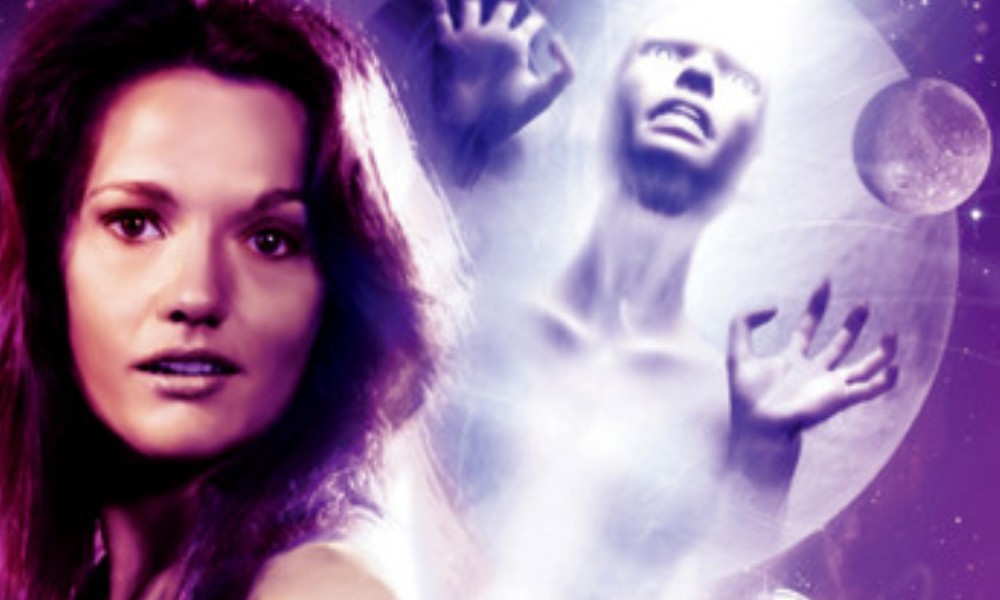 The Time Vampire is the third and final release in a set of Companion Chronicles about Leela, all written, directed, and sound-designed by Nigel Fairs. Full disclosure: I haven’t heard either The Catalyst or Empathy Games, and that will undoubtedly affect what I have to say about this release.

I wanted to like this. I really did. The story’s opening moments are fantastic. It begins with Leela imprisoned in unknown circumstances, when she begins to recall a tale of her time with the Doctor. The beginning is strange, and immediately draws you in. Why is the Doctor building a new K9? What is going on in the secondary console room? Why is the old K9 saying such weird things? It’s a good mystery, and it’s even better thanks to the combination of Louise Jameson’s performance and Nigel Fairs’s sound design.

It’s these two things that make the play work. Just as in Zagreus, Jameson perfectly recreates her role of 30 years ago, the angry young warrior, intelligent but also impulsive, willing to learn. Leela is a character who is easy to mess up, I think, by simply writing her as an ignorant savage, but that was never the case, and Fairs’s characterisation gives Jameson the chance to shine. She is also an excellent narrator, filling her words with emotion and her description with evocation.

Add to that the sound design – it’s gorgeous. There’s a real sense of atmosphere here that is only achieved by the very best audio dramas, and even fewer Companion Chronicles, which often tend to be fairly spare. Leela spends a lot of time here shifting between time zones as strange things happen, and it’s all very effectively carried out. Fairs’s musical score – again, very complex, especially for a Companion Chronicle – certainly adds to many of the key moments in the play.

I’d be remiss if I didn’t mention the performance of John Leeson, as solid as ever. I’m impressed with a man who can play a robot dog for this long and still evidently enjoy it! I’ve always been a big K9 fan, and I always get this goofy little thrill from hearing his dialogue, so it’s nice to have him as the second voice here. Additionally, both Leeson and Jameson double up in some extra roles, giving The Time Vampire a sense of size that most Companion Chronicles lack. They do excellent jobs, too; if not for the fact that the play only had a cast of two, I don’t think you’d even know that there was doubling up going on.

There is one thing that lets The Time Vampire down, and that’s the story. Part One is great – mystery abounds, Leela doesn’t know what’s going on, and neither does the listener. But I’m afraid we never really get any answers in Part Two. Fairs says in the CD Extras that he wanted to make something that would reward multiple listens… and though that’s a nice desire, a story also needs to reward its first listen, otherwise it’s just frustrating. I ultimately never really understood what had created the time vampire, what anyone was trying to do with it, why the Third Doctor was in the story, and what the Z’nai had to do with anything. The closing scene of the play was especially baffling to listen to. The danger of time-weirdness stories is when they don’t come together in the end, and this one fails to completely.

That said, even when I was frustrated because I didn’t understand what was going on, I still enjoyed the act of just listening to it. Thanks to Nigel Fairs, John Leeson, and especially Louise Jameson, this was an exhilarating, glorious listen, evocative, moving, and well-characterised all at once. I just wish I had the slightest idea of what it was about.

The Time Vampire (by Nigel Fairs; starring Louise Jameson, John Leeson) was released by Big Finish Productions in May 2010.